Hotly anticipated hotels have been opening up all across Malta, each with their own unique style, exceptional dining experiences and five-star facilities. The Iniala Harbour House hotel has launched in St Barbara Bastion with views across capital city Valletta’s Grand Harbour. Imagine staying in one of its 23 rooms and suites set within four Maltese houses, then dining at its rooftop restaurant ION – The Harbour, with views over the water. 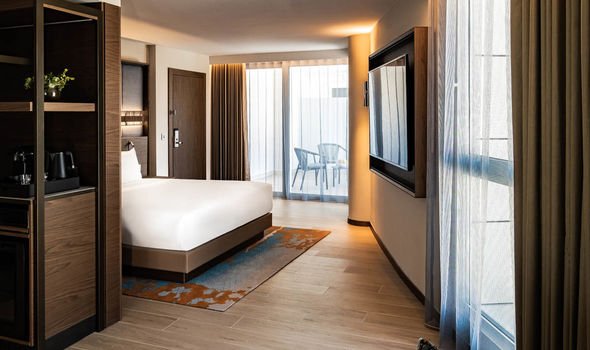 Hyatt Regency Malta is a new premier resort in the heart of vibrant St Julian’s with city views and the ocean beyond. Savour the thought of relaxing by the rooftop pool, indulging in spa treatments then dining al fresco at Seed restaurant overlooking the square or watching the sunset at GIN-ger.

Following a £25million renovation, the Malta Marriott Hotel and Spa, Balluta Bay, St Julian’s, is a fantastic place for a coastal getaway.

The contemporary 301-room hotel has five restaurants and three bars, including the signature dining venue of Taro set in a 19th-century palazzo.

The culinary masters of Malta have been busy creating new menus to welcome back travellers to their superb array of restaurants.

To celebrate the islands’ gastronomic history, three Michelin-starred restaurants – Noni, Under Grain and the De Mondion – have been working with Heritage Malta’s Taste History project to cook up traditional dishes that tell the story of their location.

Vegetarian and vegan food here has never been more exciting. Indulge in a tailored picnic experience on Malta’s smaller sister island of Gozo, try the vegan dishes at Pash & Jimmy Café in St Paul’s Bay or visit Gugar hangout and bar in Valletta, which has a library and art gallery for emerging artists and serves delicious veggie snacks. 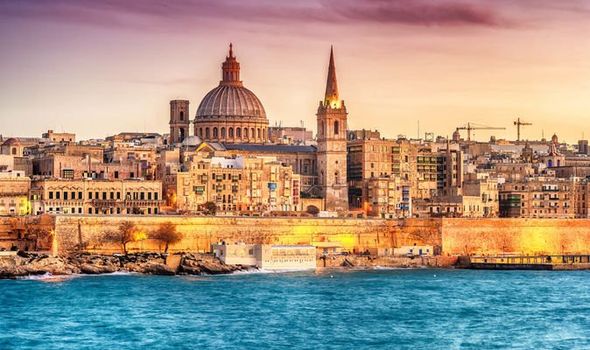 Those who enjoy a local tipple are fully catered for. The newly created Wine Trail maps out the ultimate wine-tasting break, highlighting all of Malta and Gozo’s vineyards. The newest is Ta’ Betta, a family-run business offering tours and private tastings from £65.

Located across Malta’s Grand Harbour, the three fortified cities of Vittoriosa, Senglea and Cospicua offer a wealth of history and culture as well as an insight into authentic Maltese life.

Undergoing something of a renaissance, the Three Cities are a fantastic alternative city break to Valletta, Malta’s capital and former European Capital of Culture. Just imagine soaking up the year-round sun as you wander the beautiful streets of the cities, enjoying the chilled-out Med vibes and exploring the many churches, cafes and piazzas.

Those with a passion for the past will enjoy discovering the legacy of the Knights of St John, which is evident everywhere on Malta.

The Knights’ 250-year rule began in Three Cities and Fort St Angelo, before they built the fortified city of Valletta after the Great Siege of 1565. Visitors can learn about the valiant battles that took place and explore the baroque palaces and churches along with the many artistic masterpieces. 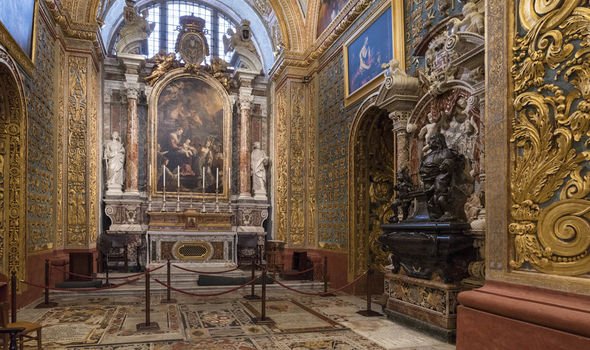 As we wait for the world to open up again, armchair travellers can explore Malta’s best historic locations via an interactive map, created with Love Holidays, which highlights its most beautiful and culturally important locations.

There are special dive trails around the archipelago designed for beginner and advanced divers, and an additional 12 historic wreck sites have been added to its diving map. Whet your appetite for adventures in the deep with The Virtual Museum – Underwater Malta website, which is now live.

Whizzing along the craggy edges of Malta’s west coast offers holidaymakers the chance to see the natural wonders of the Blue Grotto sea caverns and the dramatic Dingli Cliffs, Malta’s highest point.

Pedal power is an exhilarating way to explore Gozo.

Take in the 360-degree views from the top of the citadel fortification in Victoria, before visiting the UNESCO world heritage site Ggantija Temples – the oldest free-standing temples in the world. Bike rental at begreenmalta.net

Expect towering cliffs, jagged hillsides and stunning views as you explore the wild side of the Maltese islands’.

Thrill-seekers can pre-arrange an outdoor adrenaline rush with MC Adventures, which offers a range of hair-raising activities including abseiling, freefalling and ziplining.

The Maltese archipelago has retained its top spot on the ILGA-Europe Rainbow Index for five years running and is set to host Europe’s biggest gay pride event, EuroPride, in 2023.

Malta’s proud of its inclusivity and introduced gender-neutral passports in 2018. Its welcoming mindset is celebrated in style each September at Malta Pride.