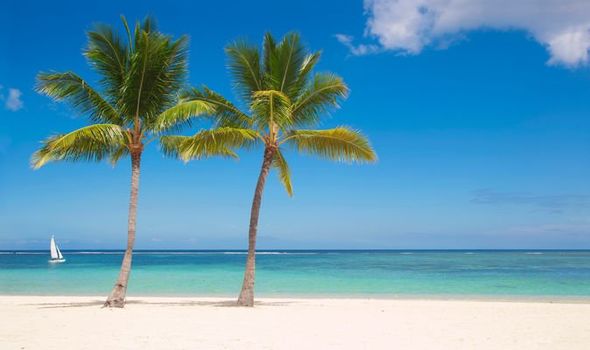 Mark Twain once famously said, “Mauritius was made first and then heaven; and heaven was copied after Mauritius”. The writer, who visited in 1896, was bowled over by the Indian Ocean island – lush, volcanic and fringed by dazzling white sand beaches. It’s those beaches that have long enticed British travellers to make the 12-hour trek to this teeny spec of land off the south-east coast of Africa. But Mauritius isn’t just a destination for sun-worshippers. Venture inland and you’ll find vast sugarcane plantations backed by jagged mountains, dense rainforests and waterfalls, vibrant wildlife, and thrumming towns and markets, where the island’s melting pot of cultures and influences can really be felt.

On a recent trip, my husband and I set off to uncover this “other” side to the paradise island, and headed first to the buzzing capital of Port Louis. Nowhere is Mauritius’ rich heritage more evident than in its food, so we signed up for a MyMoris culinary tour (mymoris.mu), where, over the course of a few hours, we wandered the backstreets sampling traditional dishes.

As we popped into tucked-away restaurants and markets, tasting everything from rotis and samosas, boulettes (Mauritian dim sum) and gato zinzli (Chinese-style sesame seed pastries), our guide Yana gave us a crash course in Mauritian history.

We learned that the Portuguese were the first to inhabit the island in the 1500s, then the Dutch in 1638.

It was colonised by the French in 1715, who brought African slaves to work the sugar cane plantations, before the British seized power in 1810. After slavery was abolished, Indian workers and Chinese merchants made the island home.

Mauritius finally became independent in 1968, but remains a multi-ethnic, multi-religious and multilingual island.

Port Louis can be overwhelming and, in need of some respite after our tour, we headed 15 minutes north-east to the Sir Seewoosagur Ramgoolam Botanical Garden.

Named after the first Prime Minister of Mauritius (and a leader in the Mauritian independence movement), it’s a 91-acre oasis. 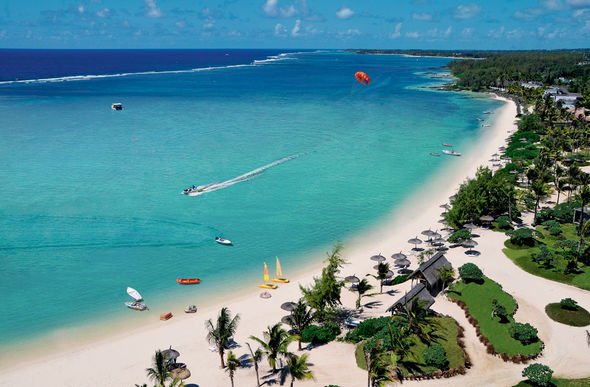 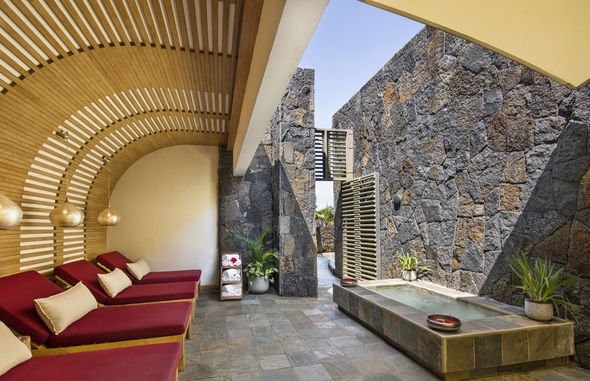 While Mauritius is a verdant island, sadly only two percent of its indigenous forests are still standing, largely because of the cultivation of sugar cane plantations.

But the Black River Gorges National Park, located in the highlands of the south-west, is a beautiful and untouched corner, home to 300 species of flowering plants and three of the island’s most endangered bird species: the Mauritius kestrel, the echo parakeet and the pink pigeon.

We took the easy walk to the lookout point at Chamarel Waterfall and watched the water plunge 280 feet down into the dramatic gorge.

Then, we headed to the park’s other famous attraction: the seven-coloured earth dunes.

Rich in volcanic ash they glow in seven psychedelic colours.

The south-west of the island is where you’ll also find iconic Le Morne Brabant mountain, so if you’re feeling energetic then hike to the summit and enjoy spectacular views over the island.

Mauritius has a lot to offer adventurous types, but of course no trip would be complete without at least some time spent by the coast.

We took a catamaran cruise one day to Ile aux Cerfs, an idyllic island with talcum-powder beaches, where we snorkelled straight off the beach, spying schools of colourful fish. 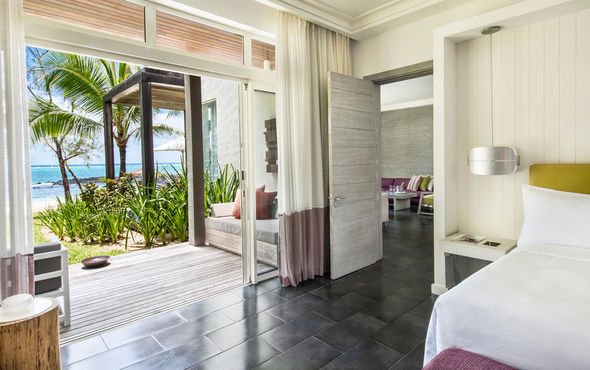 And between activities, we relaxed on the unspoilt east coast where we divided our time between two hotels – LUX* Belle Mare and Long Beach Mauritius.

Super stylish LUX* is an Instagrammer’s dream, with interiors in its 200 thatched-roof suites and villas by designer-to-the-stars Kelly Hoppen.

But where the hotel really excels is in its quirky touches.

There’s a 1933 Phantom Hooper Rolls-Royce – used for the Queen Mother’s visit to the island – parked in grounds, attached to a funky Mauritian food truck, where fusion dishes are served at lunchtime.

There’s also a tea house and Café LUX*, a coffee bar, where the hotel’s own coffee beans are roasted.

We also loved the ice cream stall by the palm-tree fringed pool.

Foodies are well catered for here, with five restaurants to choose from.

And we were regulars at champagne bar Flute on the beach. 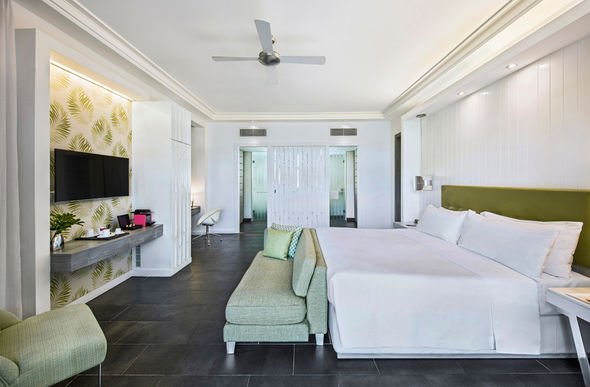 Our last few days were spent at Long Beach Mauritius, a five-minute drive along the coast from LUX*.

This 255-suite resort is chic and contemporary.

The buzzing heart of the hotel is its European-style central piazza, with restaurants, a nightclub, bars and live entertainment. And for those who want to switch off, there are swinging double sunbeds on its dazzling 1,500-feet long beach and a dreamy adults-only rooftop infinity pool (one of three pools).

On our last day, we booked a “cocoon” – a huge, comfy day bed under a thatched awning – on their private, adults-only Sun Beach, where a butler served us cocktails and lunch as we enjoyed the views.

It was the perfect way to wind down from a week spent exploring this beautiful and diverse island. 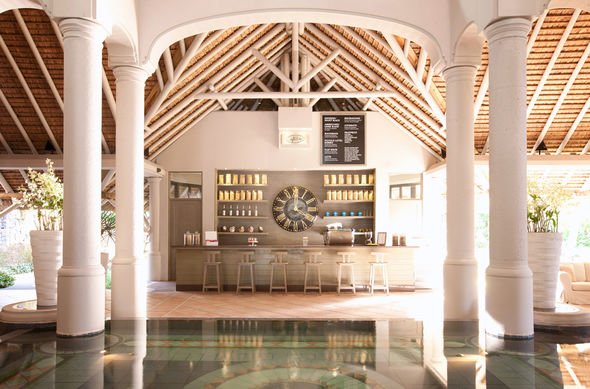 Ten things you must do in Mauritius

2. …then treat yourself to a tour and tasting at nearby Chamarel Rum Distillery, and lunch at L’Alchimiste restaurant.

3. Discover vibrant marine life on one of the complimentary twicedaily snorkelling trips at LUX* Belle Mare. 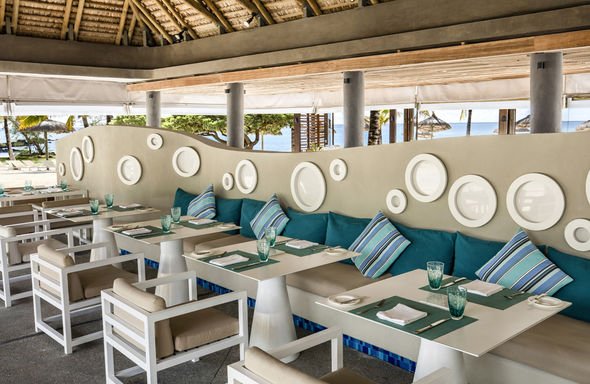 9. Discover Mauritius’ many cultural influences on a MyMoris food tour in Port Louis…

10. …then head to the Natural History Museum to learn about the island’s extinct dodo.

Coronavirus will lead to influx of private jets for sale, says industry chief

Coronavirus MAPPED: Which countries have escaped the deadly virus? Map reveals where
We and our partners use cookies on this site to improve our service, perform analytics, personalize advertising, measure advertising performance, and remember website preferences.Ok