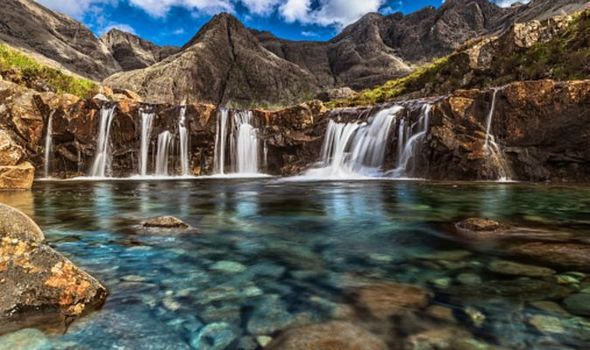 Wherever Luke Waterson’s wanderings take him around the globe, big city to remote backcountry, the outdoor specialist has a few things he needs to do to truly experience a destination. One is to swim: in whatever body of water that place presents him with. For centuries we have been going to the seaside, taking to the waters at spas or splashing in rivers and lakes for our wellbeing. The watery locales chosen from this book will hopefully whet your appetite for all things aquatic.

Follow a well-trodden island trail along the course of the River Brittle to a series of pools straight out of a Celtic fairy tale.

In the shadow of the mighty Cuillin Hills, the knife-edge mountains that cut across the heart of Skye, this chain of china-blue pools has been gouged out over the course of countless millennia by the clattering Brittle. Accessed via a trail that winds through quintessential Skye scenery into a picturesque glen, here the river fractures into a string of mini-waterfalls, (main picture) creating numerous plunge pools where brave bathers can slip into the bracing Scottish water for a heart-stopping but unforgettable dip.

These cold-water reservoirs in the rolling woodlands of London’s Hampstead Heath are the antidote to city living.

Everything about swimming at Hampstead Heath feels utterly magical, like you’ve been transported back in time to a London of old: people are friendly, mobile phones are banned and conditions are rustic.

Hampstead has three different swimming ponds – the Kenwood Ladies’ Pond; nearby, the Men’s Pond; and on the west side of the heath, the Mixed Swimming Pond – each quite different from the others.

Arguably, the Ladies’ Pond offers the best experience (sorry lads) with the pond set in a treed garden providing privacy for women who like to spend the afternoon reading, sunbathing or picnicking with friends, as well as wild swimming in the city. 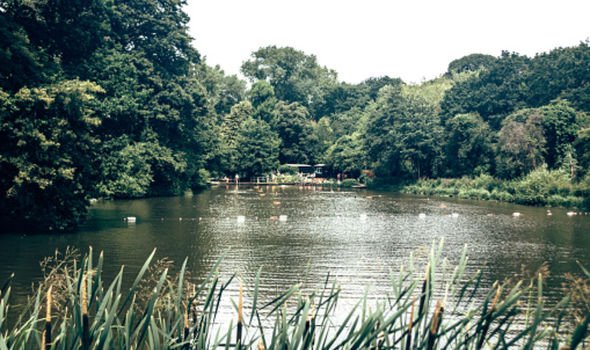 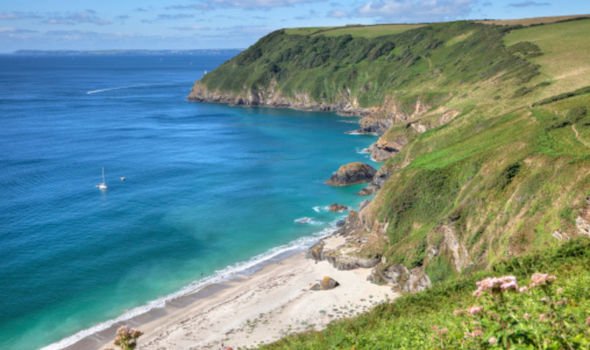 Forego the crowds and crashing waves of North Cornwall and idle away an afternoon in the calm waters of South Cornwall’s favourite hidden cove.

Lantic Bay acts as the perfect pit stop on your coastal adventures. Family friendly and yet relatively undiscovered, the protected cove can be located via a detour on an 11km (6.9mile) coastal clifftop walk between model fishing villages Polruan and Polperro.

Take a bracing cold-water dip in a fabled fairy glen, with a series of plunge pools and waterfalls to explore.

Just along the coast from the clifftop castle of Tintagel, believed by some to be the legendary birthplace of King Arthur, this wooded glen is a place that feels steeped in myth and mysticism.

Hidden away in one of Cornwall’s oldest areas of ancient oak woodland, there are three waterfalls to experience here, carved out from the slate by the River Trevillet.

Most people head straight for the main one, St Nectan’s Kieve, where the river has sliced through the rock to create an impressive 18m (59ft) waterfall and a deep kieve (an old Cornish word for basin). Draped with mosses, ferns and foliage, it is a dreamy spot that some believe to have mystical powers: you’ll see ribbons, charms and crystals dotted around (it is also a favourite spot for pagan wedding ceremonies).

A second waterfall clatters down above the main cascade and a newly opened third can be accessed via a purpose-built boardwalk.

Bathe in Britain’s only natural thermal waters while gazing over a bounty of hay-hued Georgian buildings in Unesco-listed Bath’s city centre.

Bath was always the UK’s biggest spa destination: at least since the Romans built a bathhouse here to take advantage of the piping hot waters arising from the Pennyquick geological fault at almost 50°C (122°F) and at rates of one million odd litres daily, and dubbed the settlement Aquae Sulis.

Today Thermae Bath Spa has the only naturally thermal and nutrient-rich waters for bathing in Britain. The spa, which cleverly combines Georgian stonework with modern glass and metal across two sites, the 18th-century Cross Bath and newer New Royal Bath, blends in seamlessly with its historic surroundings. New Royal Bath even lets you survey them from its rooftop pool.

Floating in 33°C (91°F) water with such a view is special even by the standards of the world’s most spa-spangled nations. 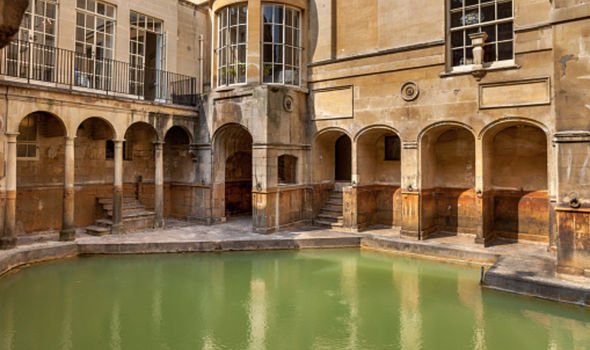 When serendipity smiles and time, tide and sunlight conspire to transform the sea at Sandycove into a turquoise-tinted lagoon, then a dawn dip in the Forty Foot is the perfect start to a Dublin day.

Such moments are all the more special for their rarity. Usually conditions are choppy and the water’s complexion mirrors the mood of the irascible Irish sky.

But whatever the weather, the Forty Foot is never dull. Dubliners have been throwing themselves into the chilly embrace of the Irish Sea here for more than 250 years.

These 15 idyllic cascades, most accessible to the public, lace woodsy ravines around the Welsh village of Ystradfellte.

Heading anticlockwise, first up is the ferocious Sgwd Uchaf Clun-Gwyn. It is more for gawking at in awe, although off-piste paths lead off the main trail near here to some superb fast-flowing stretches of river suitable for a paddle.

Sgwd Isaf Clun-Gwyn may be the least dramatic, but its gurgling mini-falls and plunge pools have the best swimming. Sgwd y Pannwr, tumbling wide over low foliage-clad cliffs, has a wonderful spread-out area below for splash-abouts. And at the final fall, Sgwd-yr-Eira, plummeting in picture-perfect satin sheets, you can clamber behind the cascades to the opposite riverbank.

The Joy Of Water, published by Lonely Planet £15.99 lonelyplanet.com