ONBOARD THE AZAMARA ONWARD — “A better tomorrow.” “New beginnings.” A “renewed spirit.”

That’s how Rabbi Howard Apothaker described the word “onward” as he blessed the newest ship in the Azamara fleet.

The Azamara Onward, named in Monte Carlo, Monaco, on May 2, is indeed making its entrance at a time of new beginnings.

While travelers and the industry try to put the worst of the pandemic behind them and push forward, the Onward became the first ship to join the Azamara fleet under the brand’s private-equity ownership by Sycamore Partners.

Previously owned by Royal Caribbean Group, the destination-focused cruise line found a new home with Sycamore in March 2021, immediately after which it acquired the 1999-built Pacific Princess from Carnival Corp. The R-class vessel, now the Onward, is a sister ship to the brand’s three other vessels, the Azamara Pursuit, Azamara Journey and Azamara Quest. 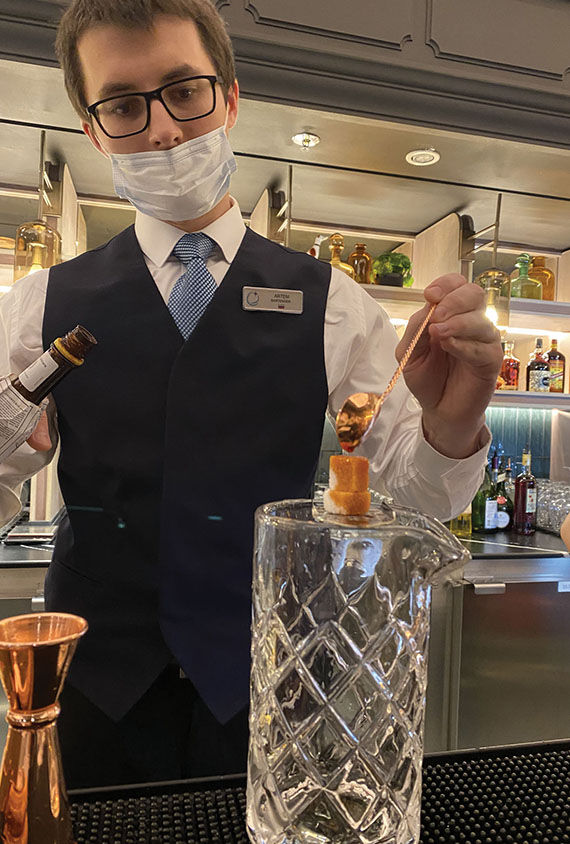 During a four-day, pre-inaugural voyage on the Onward that departed April 28 from Barcelona, I learned that the Onward feels much like its sister vessels, with nearly all of the brand’s classic restaurants and spaces, making it a familiar choice for fans of the R-class ships.

However, this fourth ship introduced a fresh addition: a new concept called Atlas Bar, in a space that serves as the library on its sister ships, which guests often pass over as they turn to digital books, said Stuart Pearce, Azamara’s strategic account manager for the U.K.

The library space on Azamara’s other ships was often used for cocktails and business meetings, Pearce said. As the Atlas Bar, the library has morphed into a trendy space with bartenders serving artisanal drinks with complex flavor profiles and Instagram-worthy moments. For instance, bartenders can add a smoky aroma to drinks with the help of a domed smoker. 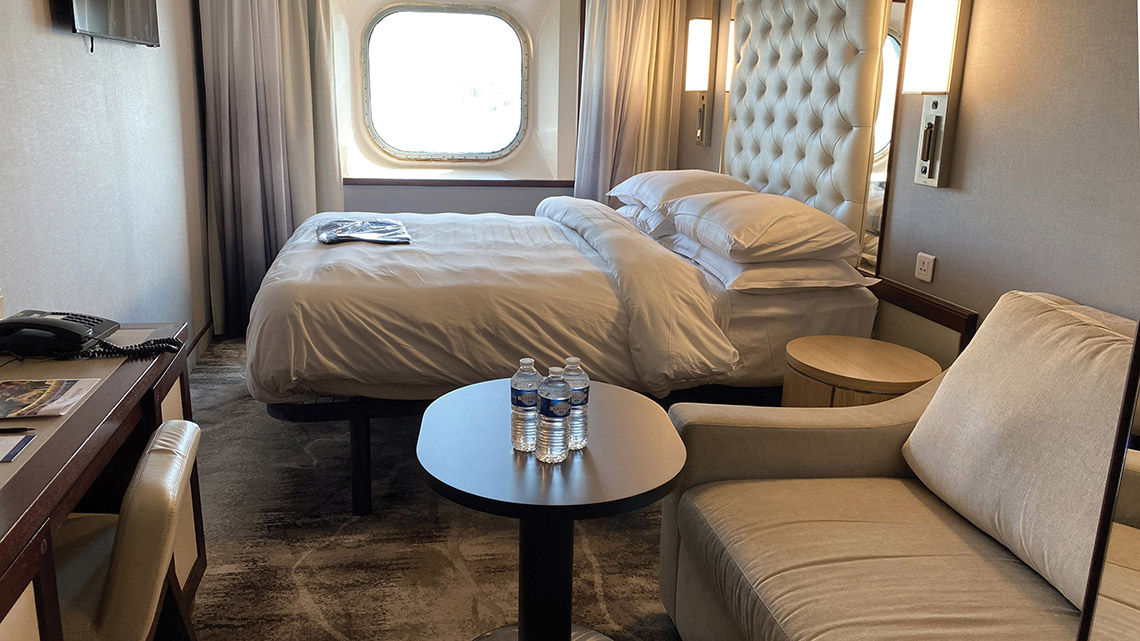 Starting in November, Azamara fans will again enjoy the line’s signature AzAmazing Evenings, which have been on pause during the pandemic.

Passengers on this sailing got a taste of what those evenings will be like in Porto Venere, Italy, on what was billed as an AzAmazing Evening Daytime Event.

We arrived at Porto Venere by tender and were welcomed by a blue banner exhorting us to “Have an AzAmazing Day.” I could hear a pianist play soothing classical music as I took in the brick sidewalks and colorful, skinny buildings of the small fishing village.

Tents shaded several tables of locally made food, including pizza, cheeses and pastries, along with wine, Aperol spritz and lemonata that I could carry with me as I roamed.

Up the path to the Church of San Pietro, an opera singer and a pianist evoked in me the same sense of awe I would feel in an opera hall, if not more so from watching them perform before walls made of ancient stone. Elsewhere, a trio of saxophonists played in a courtyard nestled between shops as I sampled pesto and shopped for linens and plate ware.

It should be noted that typical AzAmazing Evenings are more extravagant, with full concerts, light shows or performances in local venues, such as churches.

After the event, guests could embark on excursions to Cinque Terre for either a wine-tasting, a tour of villages or a hike. This cultural immersion is where Azamara shines, offering extensive time, including overnights, at ports.

The Onward will sail its inaugural season throughout Europe, with seven-day Greece itineraries, 10-, 11- and 12-day Turkey and Greece sailings and other cruises spanning the Mediterranean, including Croatia, Italy and Spain.