Passengers on board the Norwegian Spirit cruise were expecting a “once-in-a-lifetime” tour spanning European hotspots including France, Amsterdam, Norway and Iceland. Customers handed over as much as £5,300 for the “luxury” experience, however, they were left furious after the two-week cruise failed to dock. Instead, cruisers were left at sea for three days amid a “failing” sewage system and food slowly creeping towards expiry. Riled up passengers staged an onboard protest, footage of which has been leaked online, after the cruise operator refused a full refund. 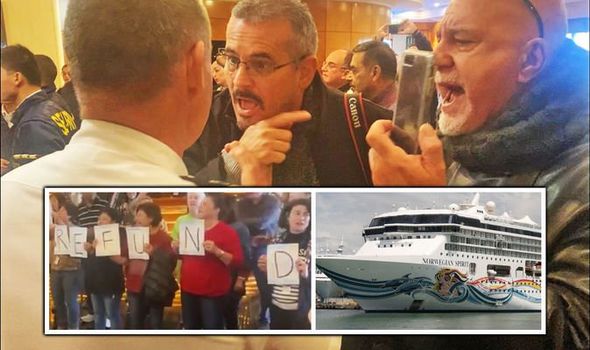 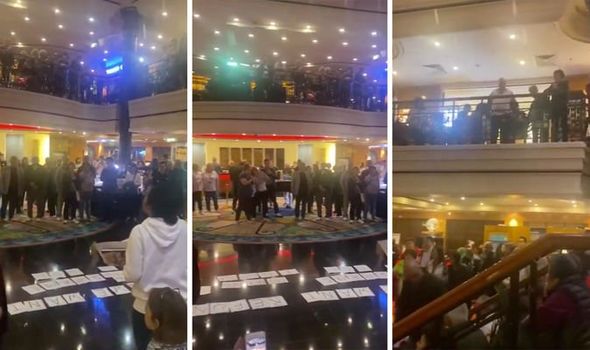 Customers travelling aboard the Norwegian Spirit liner were described as “near rioting” after staging a protest in the ship’s Grand Atrium demanding a full refund form the operator.

Despite expecting to take in the sites of some of Europe’s finest gems, they instead endured what some described as “the worst trip ever”.

The ship set sail from Southampton on 27 September, destined for initial stops in France and Amsterdam, however, the reported high winds stopped them from docking.

The ship then made it’s way to Norway but berthed in a small town which was closed to tourists.

Cruisers were aghast when the trip, dubbed a “mystical fjords tour”, left them with a distant view of the mountains.

Further dismay came when a stop in Iceland’s Reykjavik was turned into a trip to Greenock-near Glasgow- where the ship was refused the right to dock.

After a series of unsuccessful docking opportunities, the captain decided to redirect towards Belfast instead.

After three days at sea, passengers became restless, complaining about the lack of fresh food and an apparently “failing” sewage system.

The US-based operator then refused full-refunds, offering instead a 25 per cent discount coupon for future journeys.

Footage filmed onboard shows riots breaking out, with passengers holding up handmade signs demanding their money back.

Passengers on board, who included British American and Chinese tourists, are recorded demanding: “Take us back to London.”

Further signs are placed along the floor stating “shame” and the Norwegian Cruise Line telephone number with the direction “Call NCL”.

Those onboard report that the liner turned off internet access in a bid to stop footage going online, however, the video was soon released to Twitter.

Cabins on the ship saw cruisers fork out as much as £5,300 for a luxury suite.

One passenger on Twitter offered coverage of the events, saying: “More rioting on Monday October 7th as passengers are told they cannot leave ship for third day at sea.” 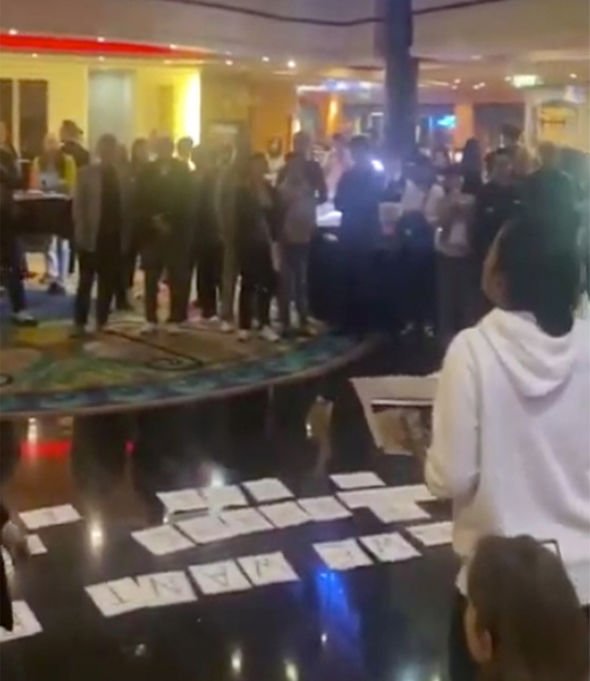 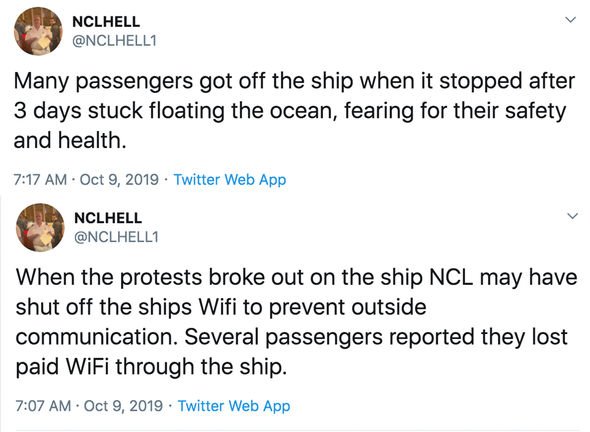 According to The Daily Mail, a passenger from Devan said the cruise operator offered no “adequate explanation”.

Deena Roland said: “There are a lot of angry people on this ship and the lack of adequate explanation as to what’s going on almost caused a riot this morning.

‘It’s been a nightmare of a holiday, and now many of the toilets in the cabins are overflowing with sewage. It’s really not my idea of a luxury cruise break.”

American traveller Debbie Fuller also weighed in saying: “They won’t speak to us or tell us anything.

“We were promised such an incredible trip to all these amazing places but it turned into the holiday from hell.”

A spokesperson for Norwegian Cruise Line reportedly said: “Norwegian Spirit was forced to cancel her call to Greenock due to weather conditions as well as a delay caused by a departing Navy vessel that experienced a technical malfunction.”

However, one expert has offered up some advice for passengers heading on cruises who may be worried about enduring a similar ordeal.

Kate Walker, head of direct for Allianz Assistance UK, stressed the importance of getting cruise coverage before your trip.

She said: “Travellers do need to be aware of what is and isn’t covered in the usual multi-trip or ‘off-the-shelf’ travel insurance.

“Getting the right policy in place is vital to ensuring you’re not going to be left high and dry in the event of unforeseen circumstances.”

Walker continued: “Cruise interruption will not only pay for travel expenses incurred getting you to the hospital and covering medical expenses; if you’re able to, it will cover the costs of re-joining the cruise at its next port of call.

“Cabin confinement cover will pay you up to the limit of your policy. It will also provide this cover when the on-board doctor advises you not to leave your cabin due to a medical situation onboard the ship.”