When Lindblad Expeditions revealed in 2021 that it was the buyer of Crystal Cruises’ former Crystal Esprit, the expedition specialist seemed an unlikely suitor for a 48-passenger yacht mostly used for high-end charters.

But what Lindblad saw was the opportunity to upgrade its hardware in the Galapagos, where an array of upscale ships are being purpose-built for the region. 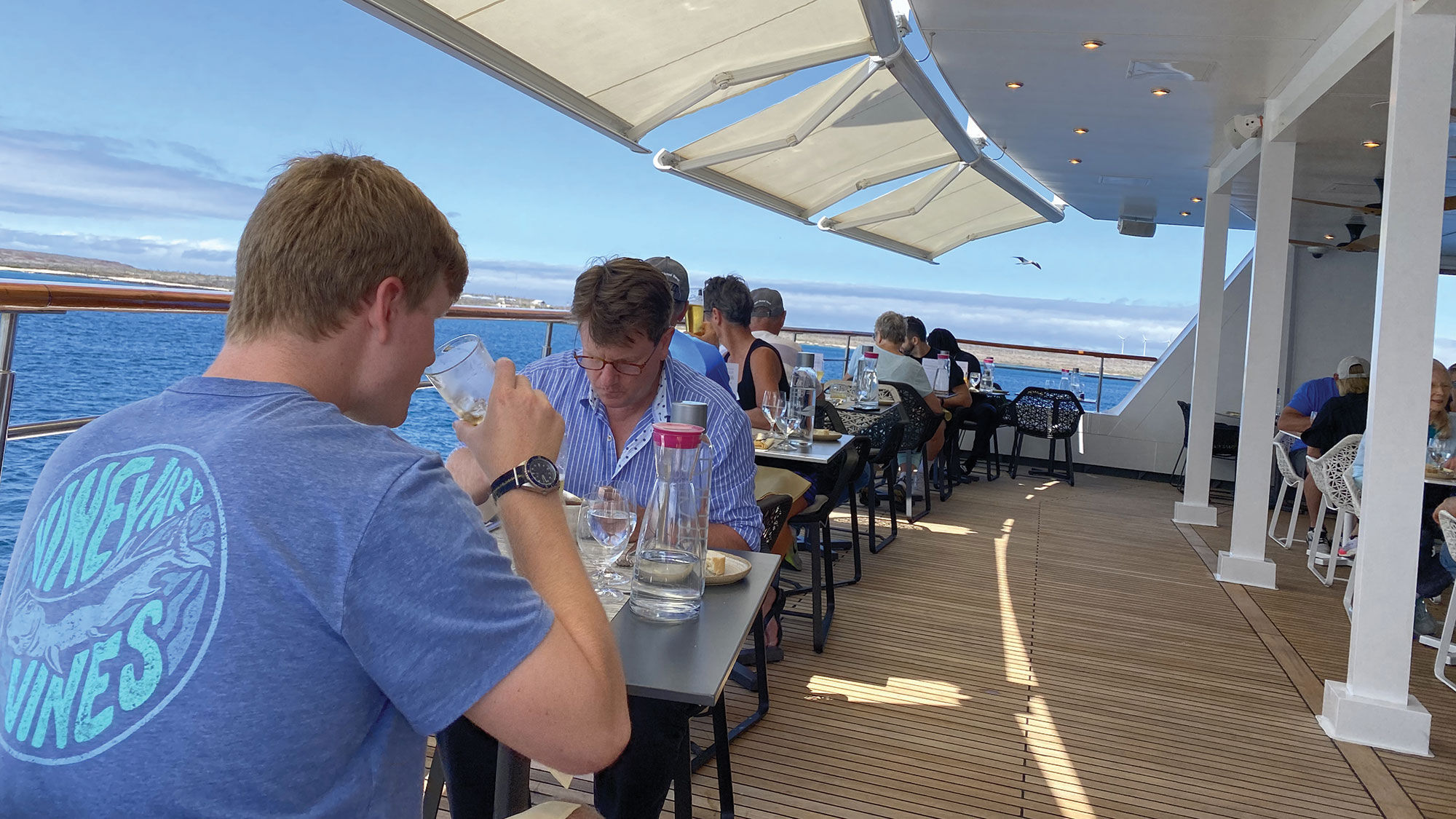 I had the opportunity to see the ship in its new habitat. Like its predecessor, the Islander II is not from-the-yard new. It was built in the 1990s, but after undergoing a second major refurbishment last year (Crystal did one in 2016), it does not feel old or worn at all, with shiny new fixtures and furnishings.

The ship is big step up in comfort for passengers, with substantially larger cabins than its predecessor, with the smallest entry-level cabin on the Islander II double the size of the one on its predecessor, at 225 square feet. All have a seating area with a full-size couch, king beds that can be split into two twins, large windows and bathrooms with double-sink marble vanities and spacious, walk-in showers. Ample closet space is important for expedition gear and hanging wet items.

Three cabin categories include four Islander Suites that have a separate bedroom, a living area with a convertible sofa bed, a dining space, a master bathroom with a large tub and a second bathroom. 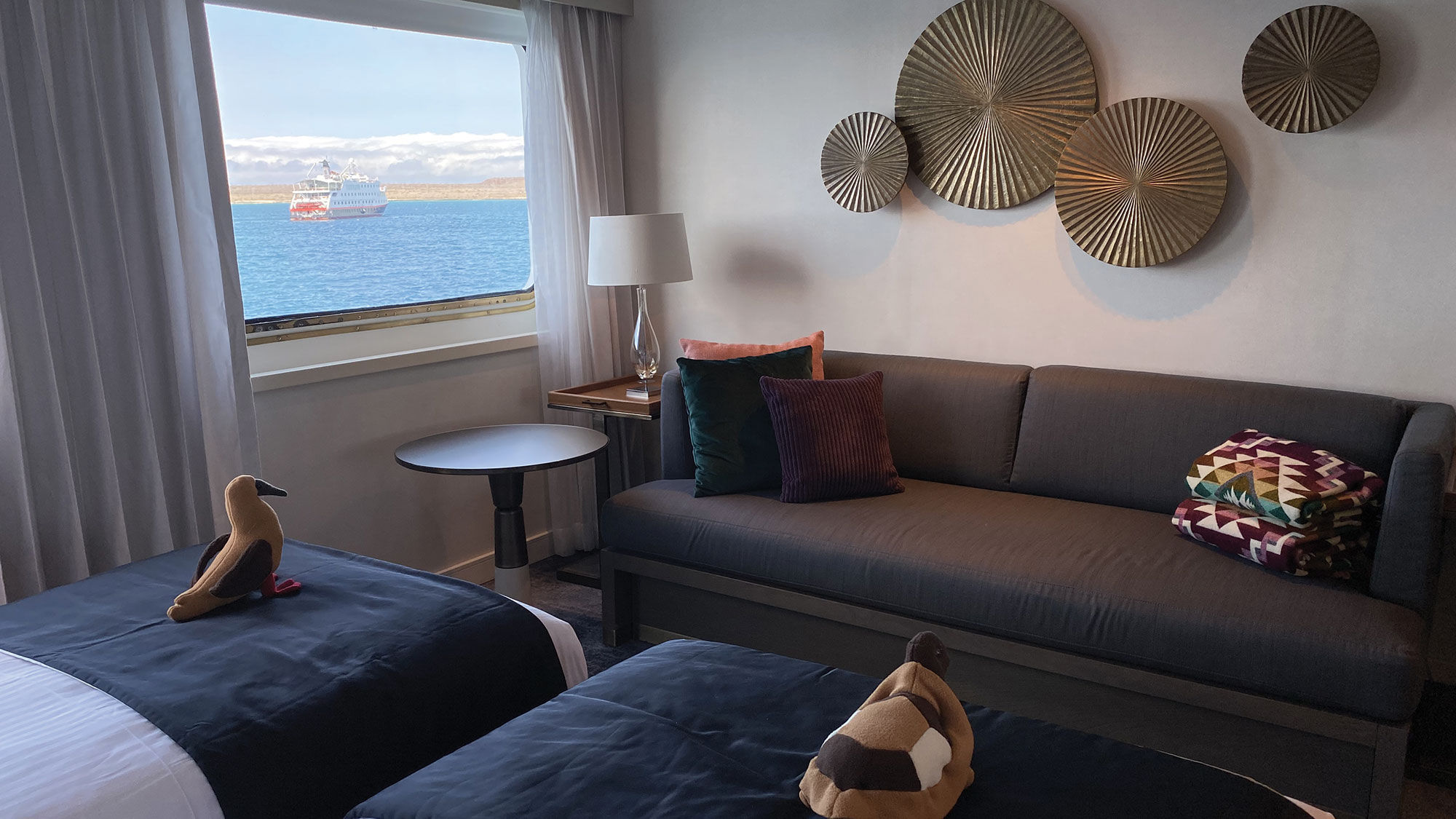 A very welcome addition is the Patio Café, a restaurant with indoor and outdoor seating, where I rarely saw anyone inside. Used for breakfast buffets and served lunch, it was my favorite place to eat while enjoying wildlife, from swooping boobies to diving dolphins.

Most dinners are served at the indoor Yacht Club restaurant, but the Grill on the Observation Deck is used for a barbecue night and other outdoor events, like a wine tasting.

The Observation Deck also has a row of hammocks that proved quite popular on warmer afternoons. A small pool was too cool to be used in September, but guests still lounged around it after a day of adventure. 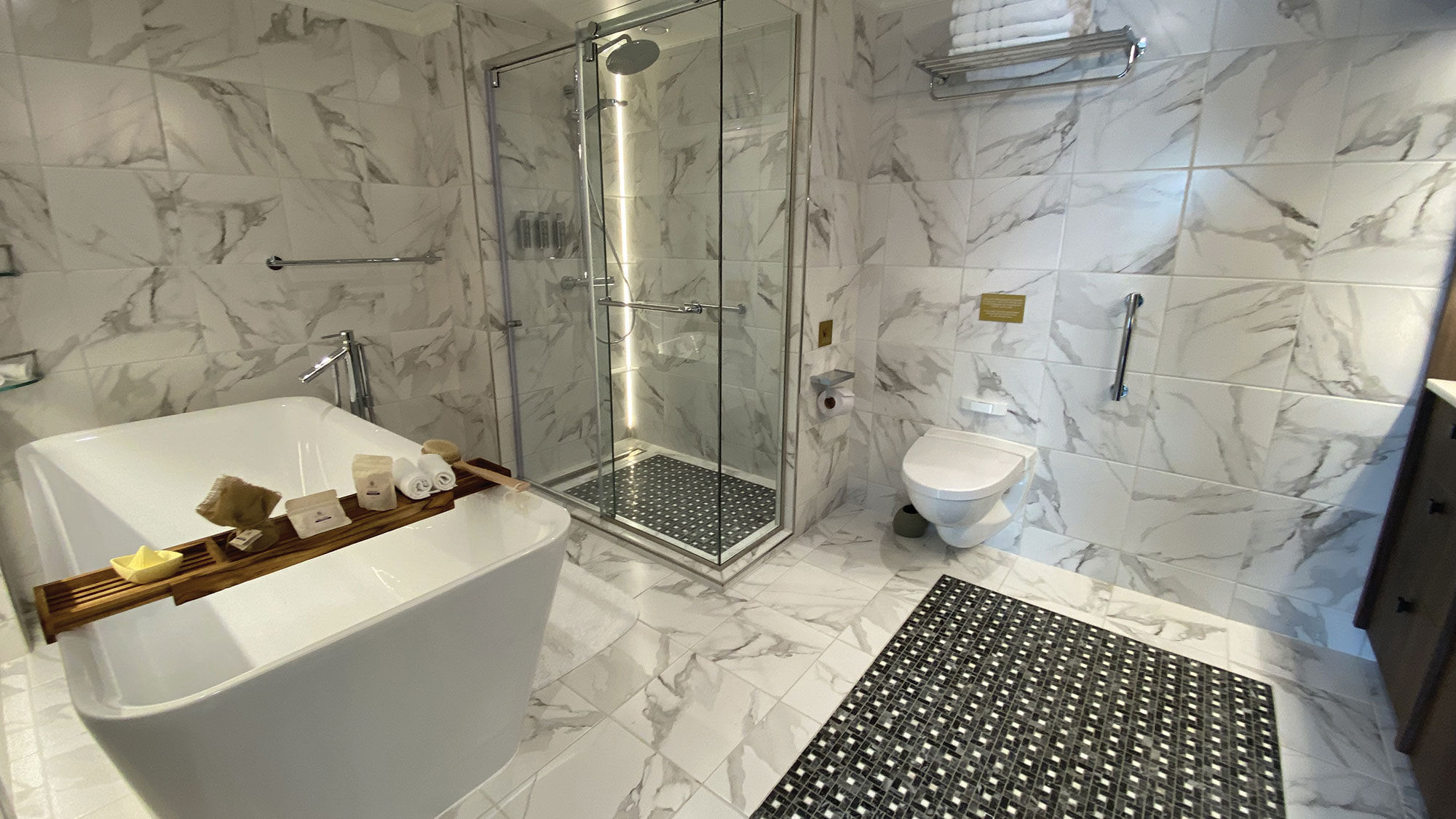 The mission to deliver the Galapagos to guests is clear throughout. Walls are adorned with photos of wildlife and landscapes from the islands, many taken by onboard naturalists. Most of the library books are focused on the archipelago or Charles Darwin, and the gift shop features work by local artisans, much of it of the famed wildlife.

The Lindblad Expeditions-National Geographic Artisan Fund offers training, supplies and workspace in local communities for artisans. On several occasions guests were educated about the program and the artists that are part of it. It was enough to get me to come home with quite a few pieces from the shop, including a rash guard made from recycled plastic and drinking glasses from used wine bottles.

Lindblad tries to highlight Ecuadorian culture as best it can, given that most local encounters are of the tortoise and sea lion variety. 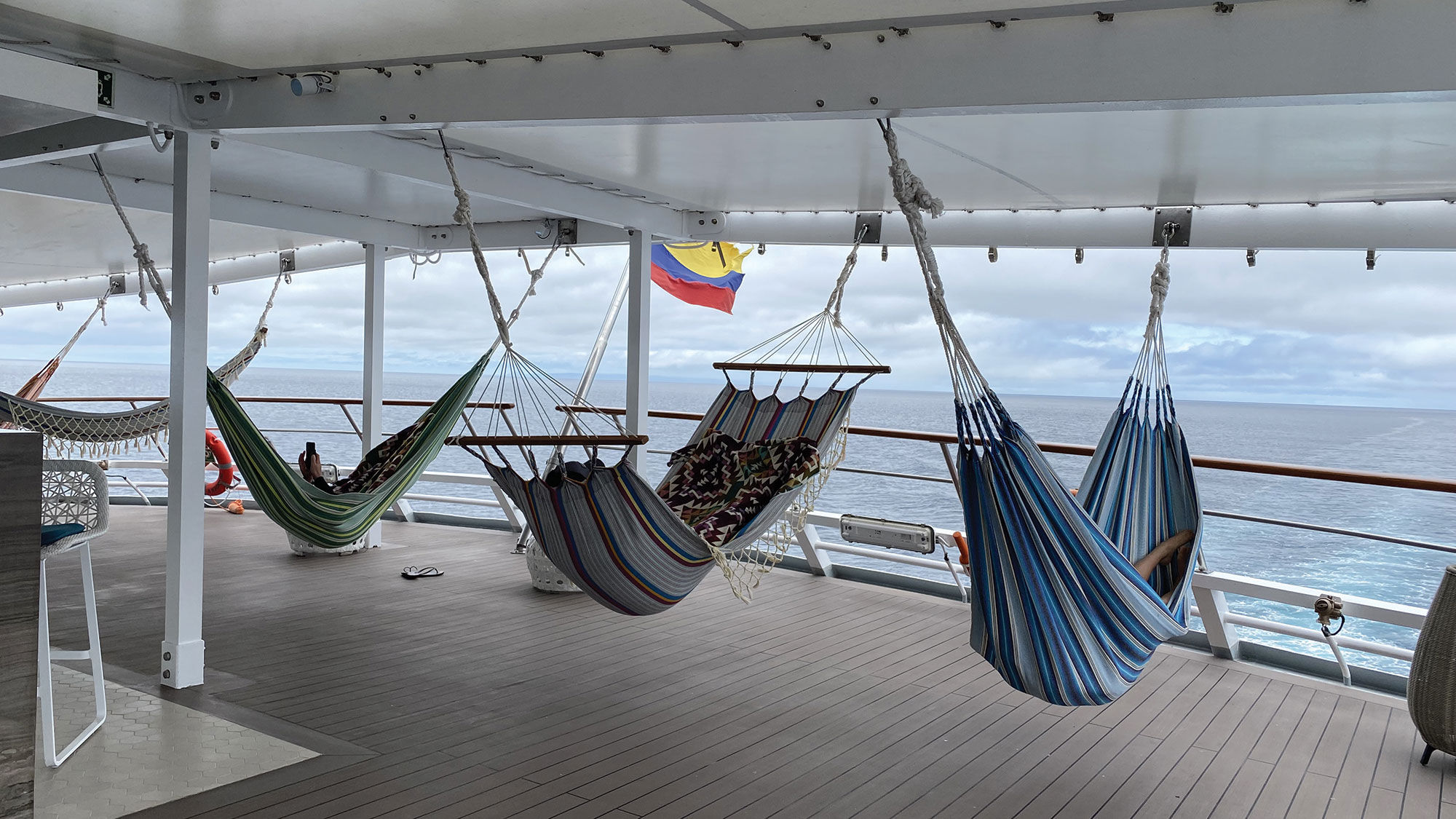 The naturalists are all Ecuadorian and mostly from the Galapagos, and the daily talks included their stories of growing up on the islands. During our walks on the islands, their deep understanding of the fauna and flora added so much to the experience.

Due to its size, the Islander II offers a more intimate experience than Lindblad’s other Galapagos ship, the 96-passenger National Geographic Endeavour II. The crew and guests quickly became familiar and friendly on our sailing, helped by being in a remote place where small groups hike, snorkel and ride Zodiacs together. 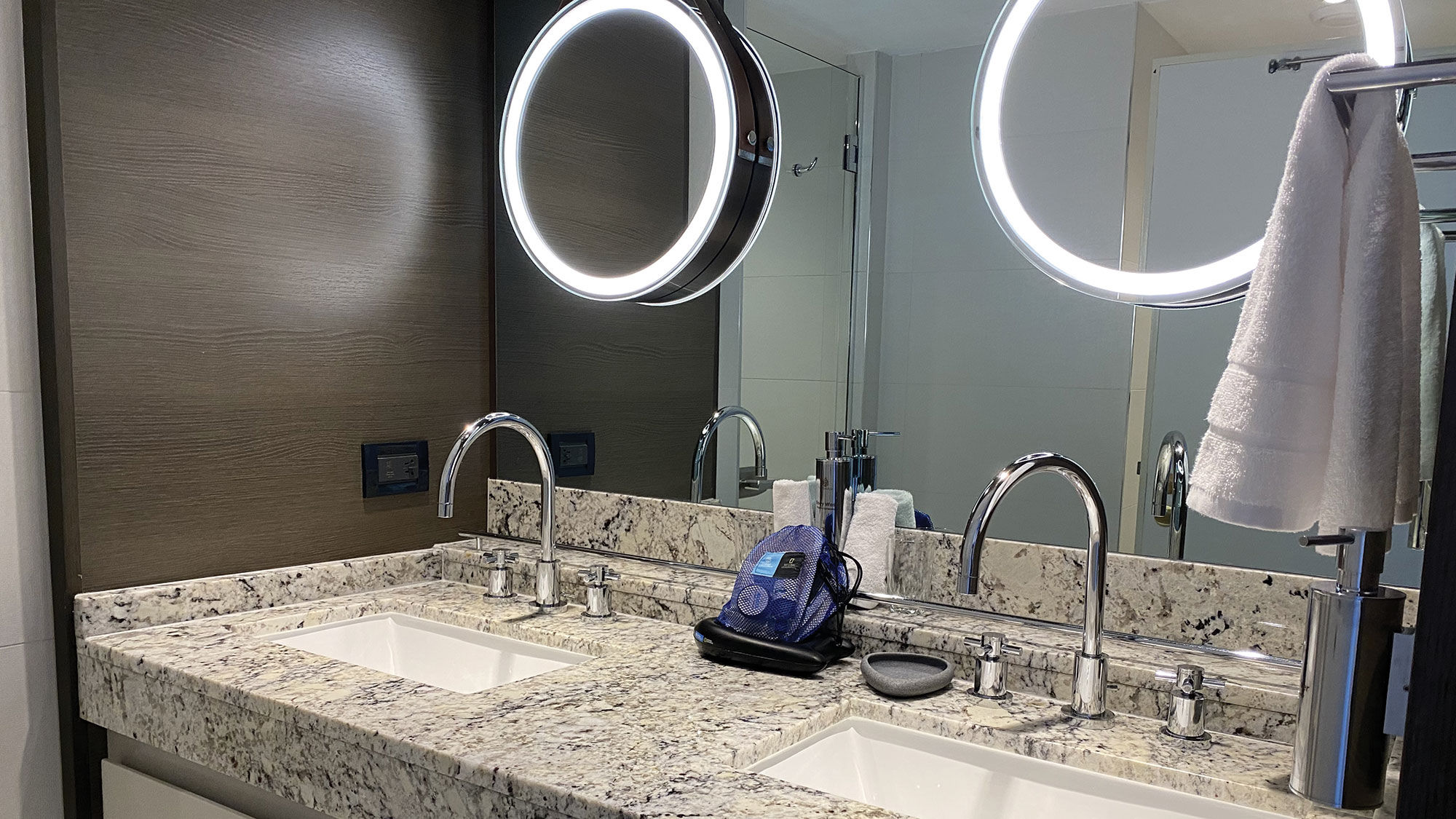 Passengers gathered at The Cove for cocktails and canapés during a predinner briefing of the day’s events and what was coming up next. The cozy space includes several screens built into the furniture, giving everyone a good view of the visual presentations.