ONBOARD THE NIEUW STATENDAM — The second Pinnacle-class
ship from Holland America Line (HAL) is awfully similar to its predecessor, the
2,666-passenger Koningsdam, which debuted in 2016.

There are small differences. On an exterior staircase,
transparent treads have been replaced by solid ones.

“There were some people who got freaked out by the
glass,” said HAL president Orlando Ashford. “Some people liked it;
some people didn’t. We want people to go down the stairs.”

But most of the new things on the Nieuw Statendam are a
function of its being the newest ship in the fleet and thus the test lab for
concepts that Holland America hopes to roll out fleetwide — or at least to the
other Pinnacle-class ships — in the future.

The biggest experiment on the Nieuw Statendam is the
addition of the Rolling Stone Rock Room, a partnership with Rolling Stone
magazine and the first change to the Music Walk concept since it was created
prior to the Koningsdam’s introduction.

It means that the Deck 2 Music Walk now has three pop music
venues: Billboard Live with a dueling piano format, B.B. King’s Blues Club for
rhythm and blues and the Rolling Stone venue for classic rock. The Rolling
Stone takes the space formerly occupied by Lincoln Center Stage, with that
classical music venue now sharing a stage with B.B. King’s.

The band I heard at the Rolling Stone Rock Room was
terrific. They played their butts off. The challenge was to devise engaging
covers of tunes that every rock fan knows, and they delivered a playlist that
included Billy Joel, ZZ Top, the Average White Band, Counting Crows, the
Eagles, the Steve Miller Band and the Rolling Stones with aplomb.

The only glitch I could see was that on this transatlantic
cruise, the energy level of the band was way above the level of the audience. 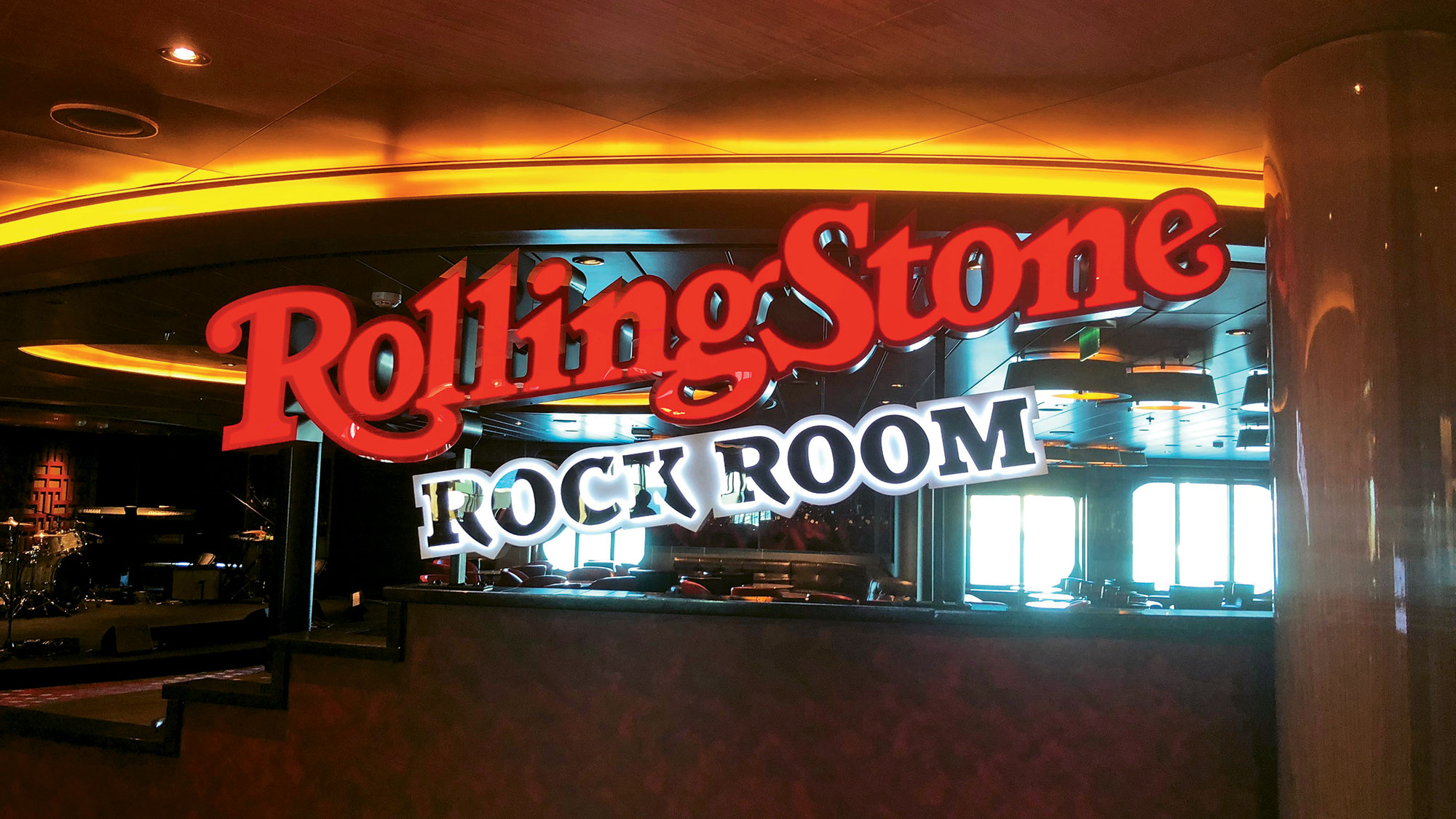 The rock club will be added to the Koningsdam very soon,
Ashford said.

Another concept in test mode on the Nieuw Statendam is Club
Orange, which takes over the space that debuted on the Koningsdam as the
Culinary Arts Center. That farm-to-table concept wasn’t a solid winner, and
when HAL forged a partnership with “America’s Test Kitchen,” it
created some confusing crosscurrents.

R.I.P. Culinary Arts Center, which is now an exclusive
dining venue for Neptune and Pinnacle suite guests. A limited number of club
memberships are also sold, with the test price set at $50 per person, per day.

Club Orange serves breakfast and dinner from the main dining
room, with dinner augmented by dishes prepared in the small Club Orange
kitchen.

Michael Smith, senior vice president of guest experience and
product development, said HAL will decide in several months whether to roll out
Club Orange fleetwide. On non-Pinnacle ships, it would occupy a section of the
main dining room, not its own room, he said.

There are some other notable changes.

In the Asian restaurant Tamarind, the sushi component has
been broken off into a free-standing sushi bar called Nami Sushi. The Sel de
Mer bistro from the Koningsdam has been rebranded as Rudi’s Sel de Mer, after
culinary council head Rudi Sodamin, and features Sodamin’s whimsical “Food
Faces” plates.

In the Lido buffet restaurant, a tableside “call button”
for beverage service is being tested, which could go a long way in eliminating
the lag between the time guests sit down to lunch and when they get a glass of
wine to go with it.

Finally, this ship has the Wonder Photo Shop, the digital
photo center that debuted on the Eurodam in June, and the new fleetwide art
vendor, ArtLink, which does away with the traditional art auction and instead
sells art by emerging artists from the destinations the ship visits, at prices
generally under $500.

Flights: Cabin crew reveal why you should wear shoes onboard an aircraft

Why Tasmania’s Bay of Fires is the best camping spot in Australia
We and our partners use cookies on this site to improve our service, perform analytics, personalize advertising, measure advertising performance, and remember website preferences.Ok