A passenger took to Reddit to express their rage about some fellow guests who broke an important ship rule.

They wrote: “The rules apply to you. I know this may come as an absolute shock to some of you, considering the number of ‘how do I get away with’ posts, but the rules actually do apply to you.

“No, you cannot smoke in your cabin or on your balcony or anywhere else that smoking is not allowed.

“No, you are not allowed to get blazed (smoke cannabis) on a cruise ship. And nobody wants to smell it anyway. 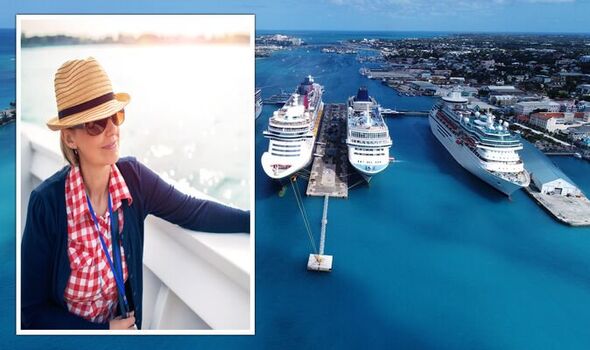 “No, you’re not a participant in the comedian’s set unless they bring them in. Doesn’t matter how funny you think you are.”

They added: “When you decide the rules don’t apply to you, you make the cruise worse for everybody else.”

The passenger said that Carnival cruise line had recently introduced curfews for kids on its ships.

It claimed that this was because people were letting their children stay up too late and disturb other passengers.

Smoking is a huge hazard on a cruise ship as a cigarette could easily cause a fire which can spread very easily.

Some cruise ships do allow passengers to smoke in certain areas, including in the casino on some vessels.

Other ships will have an outdoor area where passengers are permitted to smoke or vape.

Guests are not allowed to smoke on their private balconies as it is considered too dangerous by most cruise lines. 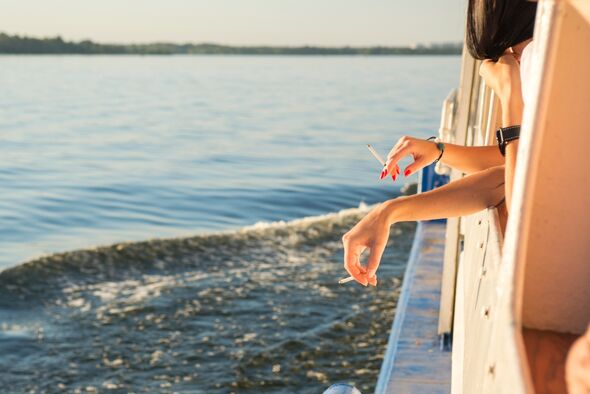 A passenger added: “It’s not okay to vape where smoking isn’t allowed. I draw the line at vaping indoors.

“I encountered several people vaping in non-smoking areas on my last cruise and that’s just not okay.”

A guest agreed saying: “Vape pens can trigger the fire alarms in your cabin.”

Vaping is also forbidden on many flights as it could trigger the fire alarm or be dangerous for other passengers.

One passenger said: “Don’t forget the laws of other countries apply too, despite not being citizens of that country.

“They will arrest and detain you if you break the laws while in port.”

Cruise lines will normally inform passengers of local laws and customs although it’s guests’ responsibility to follow them.

While smoking cannabis is illegal in many countries, several destinations have very strict laws which could see people jailed if caught smoking.