Royal Caribbean International turned in yet another dominant showing at the 2020 Travvy Awards on Wednesday night, coming away more than a dozen honors across a variety of categories, including another coveted gold for Best Cruise Line Overall.

Meanwhile, Navigator of the Seas won gold for Best Contemporary Cruise Ship. The Voyager-class ship recently underwent a $115 million bow to stern renovation, adding a slew of new features, including the longest aqua coaster at sea (The Blaster) and the industry’s only headfirst mat racer waterslide (Riptide).

Royal Caribbean also picked up a silver Travvy in the category of Best LGBTQ Cruise Line. It’s worth noting that the Miami-based cruise line is the first and only to receive the distinction of being Gay Travel Approved. 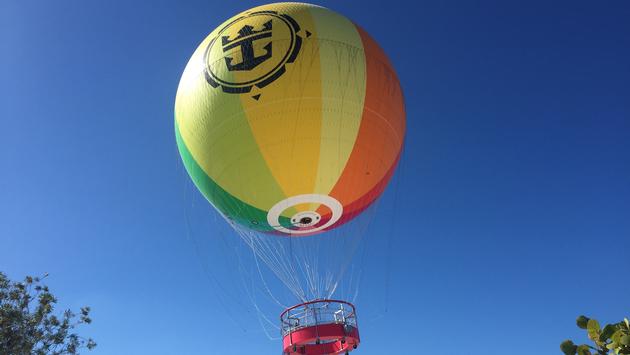 On the heels of another impressive performance at the Travvy Awards, it’s safe to say that the past year has been a monumental one for Royal Caribbean, which also saw the debut of its new private island destination in the Bahamas, Perfect Day at CocoCay.

However, it appears the cruise line is poised to build on its momentum in 2020 and beyond, with its newest ship, Odyssey of the Seas, set to debut in November and recently announced plans for another private island destination in Vanuatu.

Flights: Packing this simple item could boost your inflight experience

MailOnline free-dives with the fearsome bull shark in Fiji
We and our partners use cookies on this site to improve our service, perform analytics, personalize advertising, measure advertising performance, and remember website preferences.Ok