ABOARD THE DISNEY WISH — In some ways, the Disney Wish feels less like a cruise ship and more like a floating theme park.

It’s an impression that formed as soon as I set foot onboard the ship, which embarked on its inaugural sailing June 29 with plenty of character interactions, immersive experiences and painstakingly crafted themed areas.

Upon entering the Wish’s Grand Hall — its atrium equivalent — the ship’s overarching theme of “enchantment” was on full display, with a real-life Rapunzel greeting embarking guests from a small balcony. The fairy tale-inspired space, which also features the cruise line’s first atrium stage, seems purpose-built for performance and character appearances.

The bright and airy Grand Hall is certainly a departure from the atriums of Disney’s four other ships — the Magic, Wonder, Dream and Fantasy — all of which feature far more traditional art deco or art nouveau theming throughout. 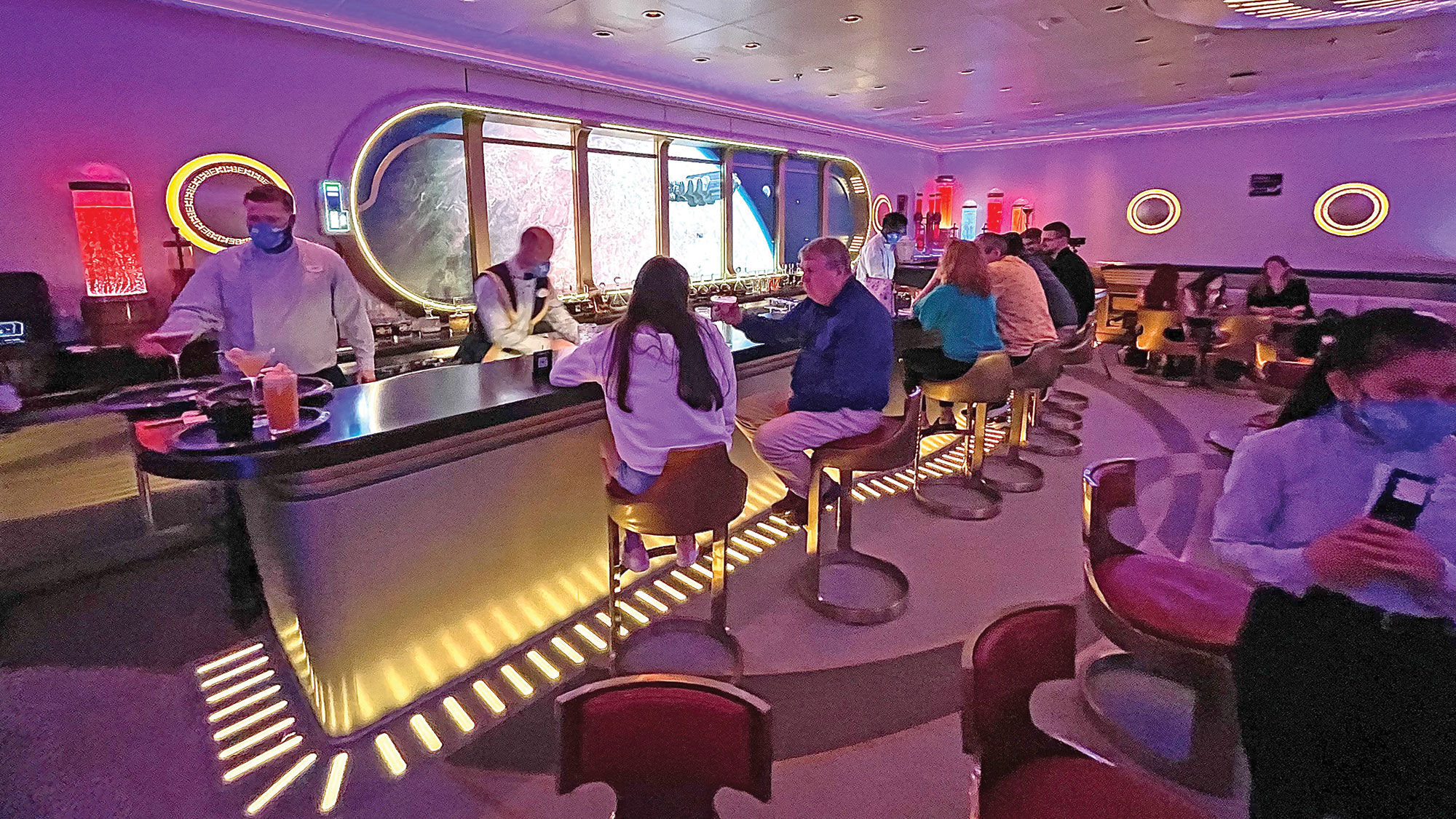 But without such distinct design styles helping to similarly tie the Wish together, I was curious as to just how effectively the Wish would be able to marry franchises as disparate as Frozen, Marvel and Star Wars in seamless fashion.

The ship hits the mark on this front, leveraging small details to help smoothly transition from one themed area to the next. As one enters Arendelle: A Frozen Dining Adventure, for example, an extra-long corridor features frosted, snowflake-covered portholes, priming guests before they enter the venue’s Nordic-inspired dining and stage area.

And while the line calls the Wish’s AquaMouse its “first Disney attraction at sea,” incorporating animated video components into the water coaster and creating more of a Disney-style narrative, other new concepts like the Worlds of Marvel “cinematic dining adventure” and the Star Wars: Hyperspace Lounge are certainly attraction-like in their approach, blending special effects, video technology and, in the case of Marvel, appearances from Ant-Man and the Wasp, creating an immersive experience.

Attraction-like elements can also be found during the dinner theater performance at Arendelle, thanks to highlights like an animatronic Olaf, who is wheeled around from table to table and occasionally to the stage via Disney magic. 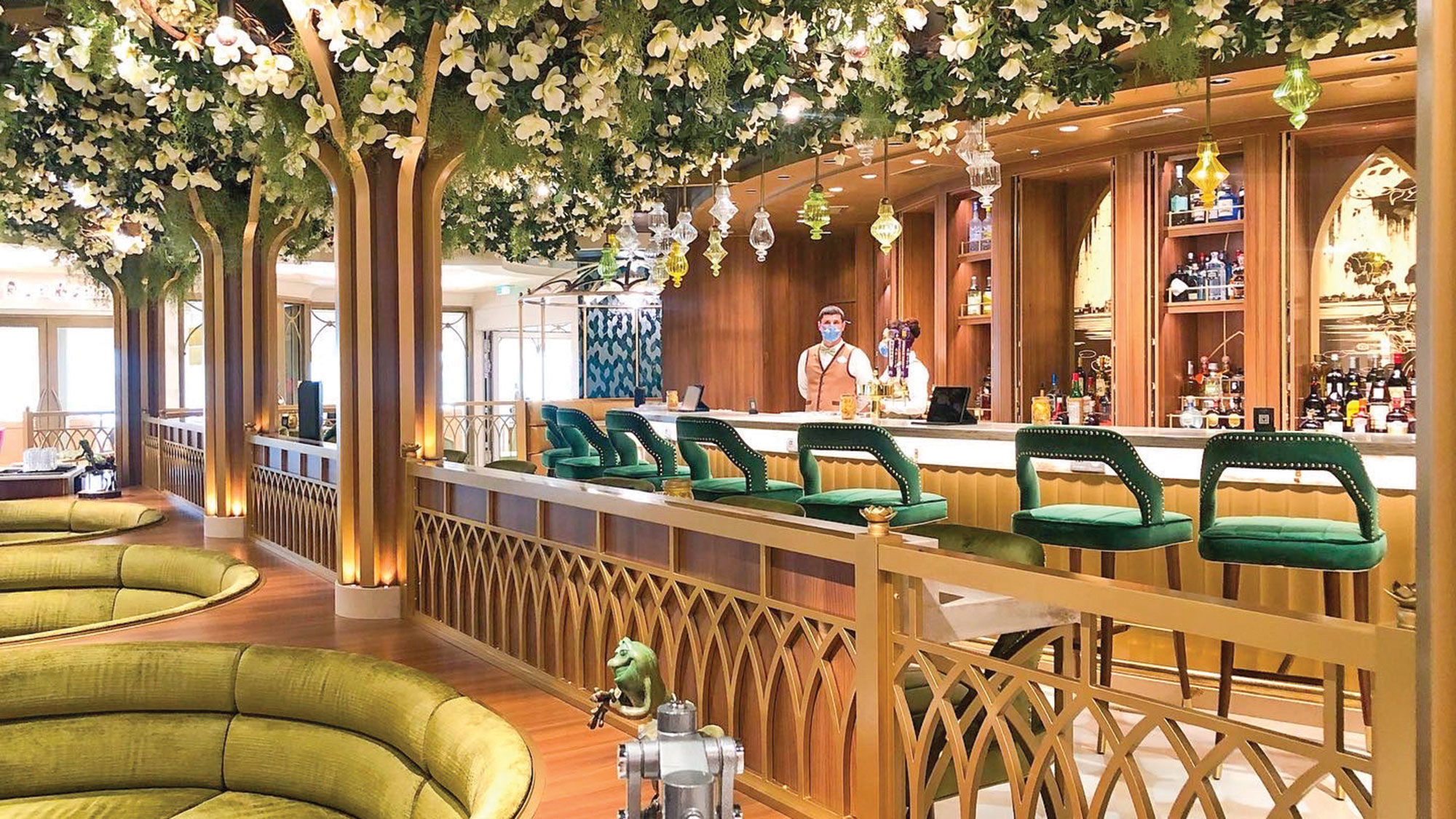 The differences between the Wish and previous Disney ships go well beyond visuals and technology.

One of the biggest changes is the vessel’s layout, which differs significantly from the existing fleet. Chief among the reorganization, said Alastair Black, manager of guest services for the Wish, is that the ship has just two main elevator banks, while the other ships have three.

“That helps the flow of traffic, especially around the Grand Hall, and that lets us use the Grand Hall as more of an entertainment space,” he said. “It’s a big rethinking.”

Other changes are intended to be more intuitive for guests. The placement of a slide that drops kids directly into the Oceaneer Club, for example, was designed to make it easier for families to conveniently drop off their children while on their way to nearby adults-only bars like the Hyperspace Lounge, Nightingale’s or The Bayou. 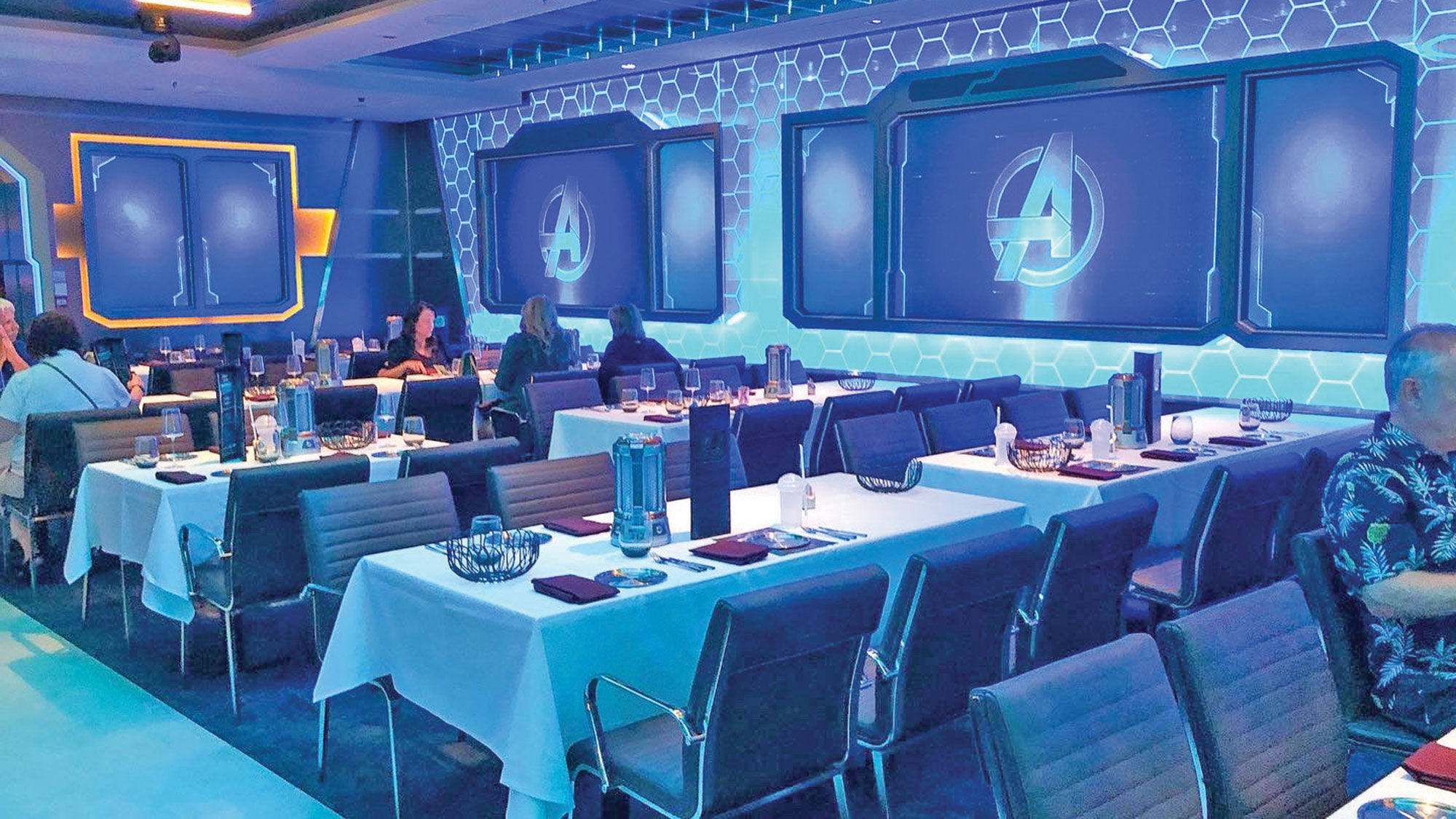 Meanwhile, longtime Disney Cruise Line loyalists who may be concerned that too much has changed can rest assured that the Wish still retains many of the line’s signature offerings, albeit with a fresh look.

The staterooms, for instance, remain exceptionally well-appointed, with the usual mix of pullout Murphy beds and bunk beds to help families maximize space during daytime hours and accommodate more heads in beds by night.

Likewise, the Wish showcases plenty of the live entertainment for which Disney is famous. During the three-night inaugural sailing we were treated to “Disney Seas the Adventure,” a new musical spectacular that puts Goofy at the helm alongside an array of other Disney characters, as well as a sneak peek of the ship’s stage adaptation of “The Little Mermaid,” which featured a crowd-pleasing rendition of “Under the Sea,” complete with a bubble-filled auditorium. 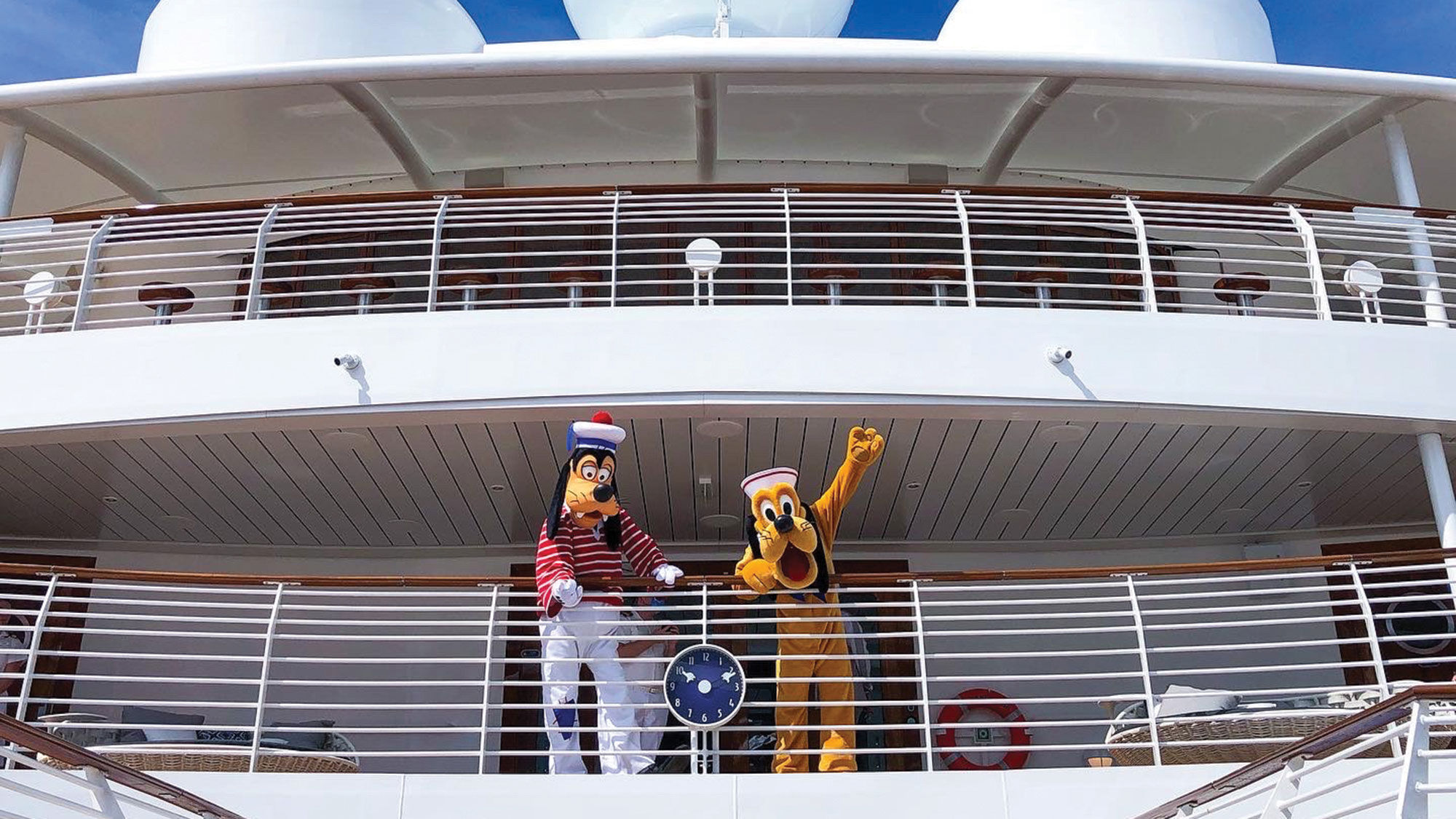 Sharon Siskie, senior vice president and general manager for Disney Cruise Line, said that striking the right balance between innovation and familiarity on the Wish was a key focus.

“The goal was to do things that add to and enhance the experience while still staying true to the core of what we offer our guests and create a consistent experience across our fleet,” said Siskie. “And I believe that for our guests, their expectations and what it means to sail on a Disney cruise really hasn’t changed. For them, it’s fundamentally about spending time and having experiences with family.”