In all, restrictions will now be lifted from 31 nearby nations, with the only two exceptions in the region being Norway (due to an entry ban) and Spain, where parliament is still in deliberations about extending its entry ban, Maas explained.

“The background to the decision was the positive development in many countries, where infection rates are declining and public life is resuming,” Maas said, according to Euractiv, though he emphasized, “the pandemic is far from over.”

The prior blanket travel ban on European visitors is to be replaced with guidelines, meaning that the government will issue advice about whether or not it is safe for citizens to travel to individual foreign countries on a case-by-case basis. In certain instances, it’s still recommending that Germans themselves refrain from travel, including to the U.K., whose quarantine rules for inbound arrivals are just now going into effect.

Maas underscored, “Travel advice is not an invitation to travel—and we want to make clear that the travel guidelines may also strongly discourage travel, for example to Britain, as long as there is a fourteen-day quarantine for all those arriving there.”

To prevent a second wave of infection arising, the German government will be closely monitoring conditions in other countries and adjusting its policies accordingly. “We will continue to make the lifting of the travel warning dependent on how the situation on the ground develops,” he said. 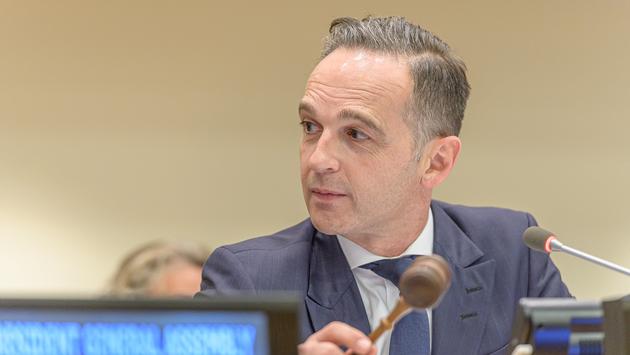 To do so, it plans to apply an instrument already in place regionally in Germany and referred to as the ‘emergency brake threshold.’ This dictates that, if a country should register more than 50 new infections per 100,000 people over the course of seven days, the government would need to reevaluate and possibly issue another travel warning.

According to a Reuters report, Matthias von Randow, chief executive of the German Air Transport Association (BDL), commented: “This is a good signal for the many people in Europe who want to go on holiday in the summer or visit friends and relatives abroad,” He called the forthcoming retraction of the German government’s travel warning, first issued back in March, “sensible and proportionate.”

“It is also good news for 26 million men and women employed in the European travel and tourism industry,” added von Randow.

As regards those travel warnings still in place for countries outside of the European Union nations, the German government awaits decisions yet to be made by the European Commission, which is expected to address the matter in next week’s cabinet meeting.

Royal Family must leave this item behind when travelling – even if they don’t want to
We and our partners use cookies on this site to improve our service, perform analytics, personalize advertising, measure advertising performance, and remember website preferences.Ok