The Royal Commission for Al Ula (RCU) has appointed an agency to develop the historic tourism destination as a year-round holiday option for domestic and Gulf travellers as part of ambitious plans to attract 2 million tourists annually by 2035.

The commission has appointed Aviareps as the destination’s travel trade marketing and communications representative in Saudi Arabia, as well as Bahrain, Kuwait and the UAE with immediate effect.

The company has been tasked with promoting Al Ula, a living museum of preserved tombs, sandstone outcrops, historic dwellings and monuments, both natural and human-made, that hold 200,000 years of largely unexplored human history.

The appointment comes as Saudi Arabia announced it will partially lift its suspension on international flights from Tuesday, six months after travel curbs were imposed due to the coronavirus pandemic.

The kingdom will end all restrictions on air, land and sea transport for Saudi citizens “after January 1” next year, with an exact date announced in December.

Located 1,100km from Riyadh in north-west Saudi Arabia, it will re-open its major attractions next month following the coronavirus pandemic forced a halt to its tourism ambitions. 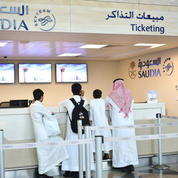 Who will benefit from Saudi Arabia's easing of coronavirus flight restrictions

Kingdom to end all restrictions on air, land and sea transport for Saudi citizens ‘after January 1’ next year

Al Ula was the capital of the ancient kingdoms of Dadan and Lihyan, which controlled the caravan trade of old. Al Ula is also home to the site of Hegra (Al-Hijr), which was the principal southern city of the Nabataean kingdom, famed for its spectacular monumental tombs.

Melanie De Souza, executive director, destination marketing at RCU, said: “We are excited to collaborate with Aviareps in Saudi Arabia and the GCC as we look to launch Al Ula as a year-round destination in the coming months. We are positive that this partnership will help us generate greater awareness of Al Ula as a unique travel destination and increase visitor numbers both domestically and from the neighbouring countries of the GCC, where they can find unmatched travel experiences.”

She added that many marketing and promotional initiatives are planned to be rolled out within the dedicated markets, including campaigns focused on nature and heritage, adventure tourism, events and arts, luxury experiences and cultural immersion.

Glenn Johnston, vice president Middle East & Global Public Affairs, Aviareps, said: “We look forward to playing our role in making the opening of Al Ula to the world a rich, rewarding and meaningful experience for all involved.”

An area the size of a small country, Al Ula is accessible by road and thrice-weekly flights from Jeddah and Riyadh. Once re-opened in October, visitors to Al Ula will have the opportunity to access its four main heritage sites while, from December, Al Ula’s Old Town will be open to visitors for the first time. This labyrinth of 900 mud brick buildings has been continuously occupied since the 12th century. 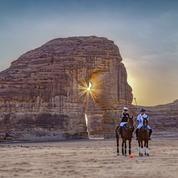 In February, Saudi Arabia unveiled plans to establish Al Ula as the world’s largest living museum, with a target to host two million visitors a year by 2035.

The RCU estimates the project will create more than 67,000 new jobs – almost half of them in the tourism sector. 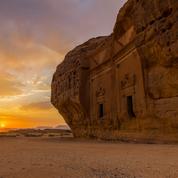 A milestone in Saudi Arabia’s 2030 Vision, around 80 percent of Al Ula will be protected, including cultural and natural heritage sites, where the RCU will work hand in hand with the local community to ensure the sensitive protection preservation and development.

The RCU was established by royal decree in July 2017 to protect and safeguard Al Ula.