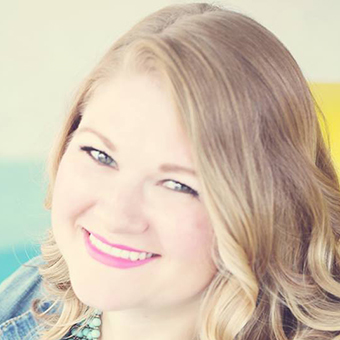 When the $400 million, two-year renovation of the Daytona International Speedway wrapped up in 2015, it was always going to be just the first piece of the puzzle. The project, known as Daytona Rising, included over 100,000 permanent seats, twice as many restrooms and three times as many concession stands. Plus the reconfiguration added 60 luxury suites and revamped the hospitality experience for corporate guests.

The problem: What to do before and after the race. Other than tailgating on race day, there wasn’t much around to keep fans busy, other than hitting the beach.

Now, with the opening of the One Daytona complex just across the street from the speedway, race fans and beachgoers alike will have access to more than 300,000 square feet of shopping, dining and entertainment, not to mention two full-service hotels on the 70-acre plot.

From my home base in Orlando, it takes about 45 minutes to get to Daytona at midday during the week. I exited I-95 at International Speedway Boulevard, and within just a few miles, I turned into the One Daytona complex. In addition to being conveniently located off the highway, One Daytona is just five minutes from Daytona Beach Airport, which has daily service on Delta and American as well as JetBlue.

For a tour of the complex, I met with Gentry Baumline-Robinson, communications manager for the International Speedway Corp., the financial and project-management outfit behind One Daytona. CEO Lesa France Kennedy, a Daytona Beach native and granddaughter of Nascar founder Bill France Sr., considers the project her legacy.

Several first-in-Florida retailers are tenants, including Canadian lifestyle brand Clair de Lune and home decor brand Kasa Living. In the center, a pedestrian-only walkway called Victory Circle surrounds a splash pad where kids of any age can kick off their shoes and escape the heat. Baumline-Robinson turned to me and said, as sweat beaded on our foreheads, “We’re still exploring shade options for this area.” Good thing. Currently, several restaurants and retail spaces have yet to open.

In the evening, the splash pad transforms under the light of a 100-foot LED screen, and the fountains “dance” in sync with music and lights not unlike the Bellagio fountains in Las Vegas. In the future, Victory Circle will also play host to concerts, daytime and evening live entertainment and post-race events.

The thing that most excited me about One Daytona’s dining options was the opening of Kansas City barbecue bastion Oklahoma Joe’s, the first of its kind outside the original gas-station BBQ temple in K.C. The restaurant is currently training its staff and will open for business later this month, but the smell of smoked meat wafting from the kitchen is already intoxicating. I can’t wait to make the drive from Orlando again just for dinner.

The two hotels that will inhabit the One Daytona complex are the 105-room Fairfield Inn & Suites Daytona Beach and the Daytona, a Marriott Autograph Collection Hotel.

The Fairfield Speedway is already open for business. While other Fairfield Inns conform to a certain “brand aesthetic,” this one gives a modern nod to racing history with its decor and design, with vintage racing art over the beds in the guestrooms, an enormous panoramic photograph of speedway spectators in the breakfast area and carpet designs that subtly mimic tire tread.

This is the home of Nascar, after all.

“Because of our partnership with the speedway, we were able to tell the story of racing in our own gentle way and take some liberties with the decor,” said Nancy Guran, sales director for the hotel. In the business center, bright blue racing chairs, like the ones you might find in your favorite stock car, take the place of the typical Herman Millers. Just down the hall from the meetings rooms, guests can gather below black and white photographs showing the earliest races at Daytona Beach, dating back to events at the Daytona Beach Road Course at the turn of the 20th century. The starting room rate at the Fairfield Inn & Suites Daytona Beach Speedway is $119 per night.

I was also taken on a hard-hat tour of the construction of the Daytona, which is slated to open in the second quarter of 2019 with 145 rooms. With a view of Victory Circle and the speedway (from the lobby, guests will even be able to see race cars racing around the speedway’s Turn 4), the hotel will have 10,000 square feet of meetings and event space, and I was told the hotel is being built with the ability to bring race cars into the second-floor lobby for display. Likely, the hotel will be ground zero for media and celebrity events during big race weekends. The Daytona will also have a full-service signature restaurant, outdoor pool with cabanas and indoor bar just off the lobby.

“Our guests will really have the best seat in the house,” said Guran. “The excitement in the air on race day is just palpable, and not only will you be able to hear the roar of the engines and the crowd watching from the speedway from your hotel balcony, you’ll be able to feel the rumble, too. It’s really a one-of-a-kind experience.”