There are many more amazing churches and spiritual spots to visit than just the incredible cathedral with its 157-metre twin spires, one of Germany’s most famous and visited buildings. For example, Melaten-Friedhof is among the most beautiful cemeteries in Europe, set in a huge park with wonderful trees and plants that attract lots of birds. It is 20 minutes’ walk east of Brüsseler Platz, in the Lindenthal district, and was modelled on Paris’s Père Lachaise cemetery. It has some beautiful tombs from the early 19th century to the present day – especially on Millionaire Avenue, where the city’s wealthiest inhabitants were buried.

There are 12 Romanesque churches in Cologne. Wherever you walk in the centre you’ll come across at least one. For me the most fascinating is the Basilica of St Ursula, close to the main train station. Make sure to see the Goldene Kammer (Golden Chamber), where the walls are decorated with an enormous mosaic made of thousands of human bones and skulls. According to one legend, these are the bones of 11,000 virgins killed because they refused to marry the Huns. It’s an impressive place, both cruel and beautiful. Also worth visiting is St Peter’s, close to main shopping street (Schildergasse), which has a huge painting by Peter Paul Rubens, and an altar by 20th-century sculptor Eduardo Chillida. 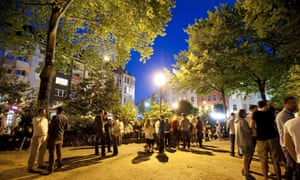 The district I’ve lived and worked in for 30 years, Belgisches Viertel (the Belgian Quarter), has evolved over the decades from calm and residential to hip neighbourhood with little coffee bars, restaurants and creative stores. The heart of the quarter is Brüsseler Platz, where Kölsch, a typical Cologne beer served in 200ml glasses (about a third of a pint), flows abundantly, especially on summer evenings. Right on the square is Hallmackenreuther, a 1970s-style coffee bar serving breakfast and snacks during the day that turns into a trendy bar in the evening. Popular with artists and musicians, it has retro furniture, huge windows overlooking the square and a striking six-metre neon ballerina on one wall. 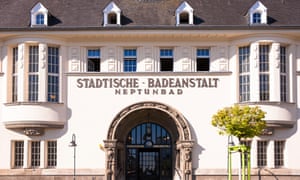 On a rainy day I like to go to art nouveau Neptunbad, a public bath built in 1912 that now offers indoor and outdoor saunas, pools, relaxation areas and a Japanese garden. There’s also a restaurant serving light and healthy dishes. The building is strikingly beautiful, and large parts of the original decor remain, giving the changing rooms a special flair. The historic sauna is wonderful, as is the Emperor’s Bath (Kaiserbad), in which you can drift along to underwater music. The rest is very modern, with an Asian aesthetic.
• Admission from €19.50 for two hours, Neptunplatz 1, neptunbad.de 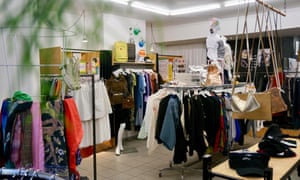 If you love fashion from the 1970s, 80s and 90s, head for the vintage shop Todd. Close to Brüsseler Platz, it serves the city’s various subcultures well and has an unpretentious and friendly atmosphere. In addition to secondhand clothing, you can also find backpacks, trinkets and books, and small collections from local designers who print T-shirts, upcycle clothes from old shirts, and produce leather accessories from scraps.
• Brüsseler Strasse 72, todd-the-shop.com

The art of books 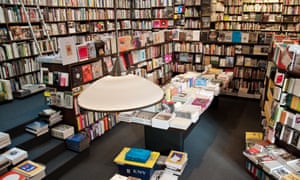 A wonderful bookstore, and an institution in Cologne when it comes to art books, is the three-floor Buchhandlung Walther König. I can stay in there for hours looking at all the tomes on architecture, film, design, fashion and art. It’s not only of interest for art lovers, but a paradise for lovers of beautifully made books on all subjects. The founder, Walther König, and his son, Franz, are often in the shop and very approachable, and the ever-changing thematic selections are regularly curated by artists.
• Ehrenstraße 4, buchhandlung-walther-koenig.de 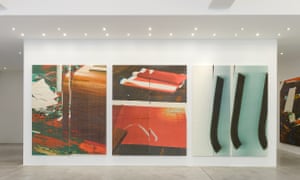 Cologne has had a lively gallery scene since the 1960s. One I recommend is Galerie Gisela Capitain, hidden behind an antiquarian bookstore, where spacious rooms exhibit internationally established artists such as Isa Genzken and Anne Imhof. Younger galleries such as Ginerva Gambino or Raum Drei promote emerging talent. Most of these spaces are in the centre of Cologne. My favourite newer gallery is Jan Kaps, which represents a younger generation of international artists in a variety of media, from painting and conceptual art to photography, video and sculpture, as well as hosting lectures. Kaps also has two smaller galleries on the same street (Jülicherstrasse). 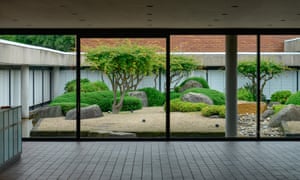 The Museum of East Asian Arts (Museum fuer Ostasiatische Kunst), on the edge of the Aachener Weiher lake, is about 15 minutes’ walk from Melaten cemetery, but still within the green belt. It’s one of the smaller museums, and rather quiet, which is why it’s so special. The 1970s red-brick building was built by Japanese architect Kunio Maekawa, a student of Le Corbusier. The collection is comprehensive, with furniture, woodcuts, utensils, lacquer work, painting, sculpture and much more from China, Korea and Japan, some pieces from early as the 15th century. At the centre of the complex is the beautiful Japanese meditation garden, which fits perfectly with the serenity of the museum. After visiting the collection, stop in the museum cafe, Schmitz, which is run by one of the top restaurateurs in Cologne. From the terrace, you can enjoy the best ice-cream in Cologne with views of the lake.
• Permanent collection €6/€3.50, closed Mondays, Universitätsstraße 100, museum-fuer-ostasiatische-kunst.de 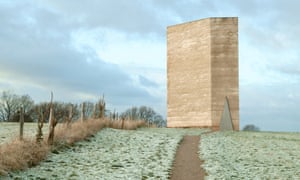 Around 45 minutes’ drive, or train journey (to Satzvey station), south of the city, in the middle of a field in Mechernich, is the Bruder-Klaus-Feldkapelle, a small chapel designed (between 2005 and 2007) by the great Swiss architect Peter Zumthor, who also designed the famous Kolumba diocesan museum incentral Cologne. The interior is made of over 100 spruce trunks in a wigwam shape, covered in concrete and then set on fire to leave a sombre interior of charred wooden remains. The top of the chapel has been left open so that sunshine and rain alike fall into the otherwise dark space. It’s a very peaceful place.
• Open 10am-5pm in summer and 10am-4pm in winter, closed Mondays except on religious holidays, feldkapelle.de

Close to Barbarossaplatz is the cosy Metronom bar, which has been open for 50 years now and immediately transports you to another time. Rather than pretending to be hip and cool, it feels authentic and unique, with shelves full of old jazz vinyl that are played on the venue’s record player. The furniture is also old, as are the yellowed photos of jazz legends on the walls, though you don’t have to be a jazz aficionado to love this wonderful and atmospheric pub.
• Weyerstrasse 59, on Facebook

A five-minute walk from Brüsseler Platz is my favourite new restaurant, Brüx, which serves what it calls freshly cooked “soul food” – salads, pasta, potatoes with delicious toppings. The prices are low, between €5 and €10 to take away, but you can also eat in. From the outside, it’s rather inconspicuous and small, but the chic-casual interior is decorated with secondhand furniture, ceramic tiles and industrial lighting. And you can look directly into the open kitchen where the food, usually organic and regional, is being prepared.
• Brüsseler Straße 44, on Facebook

When to go
Cologne has loads of events all year round, but there are a few special times – not least the rambunctious carnival, which includes several days of costume parades, songs and beer (20-28 February). Art Cologne, involving 180 galleries (23-26 April 2020), is one of the world’s oldest fairs for modern and contemporary art, and Sommer Köln features concerts, theatre and more in July and August. 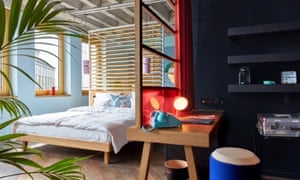 10 of the most beautiful valleys in the US

Disney World union head warns Disney has to get Florida reopening right
We and our partners use cookies on this site to improve our service, perform analytics, personalize advertising, measure advertising performance, and remember website preferences.Ok