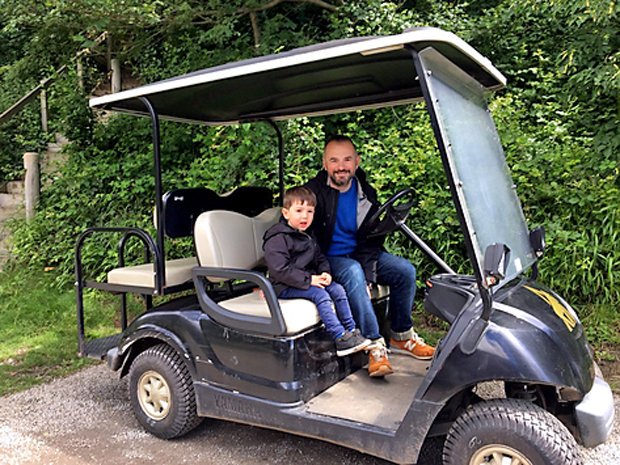 We had woken to the sound of howler monkeys and baboons and taken a tour of some of the primates as they waited for their breakfast.

Despite the managed setting, it was abundantly clear these are wild animals.

The park is a legacy of gambling club owner John Aspinall, who in the 1960s began conservation projects which today have helped to reintroduce into the wild animals such as rhinoceroses and lions. To help fund the work, Aspinall’s son Damian has created a resort where guests can stay in a range of accommodation within the park and, in some cases, sleep a few inches from top predators.

There are “treehouses” like the one where we stayed, essentially self-catering apartments perched high on a ridge overlooking a rhino paddock, as well as cheaper lodges and tents.

For those for whom budget is not a problem there is Lion Lodge and Tiger Lodge – modern cabins decked out with African furniture, and featuring a glass screen wall between them and the tiger and lion enclosures.

Guests who can afford the £1,800 a night tariff can lie in bed or sit in the lounge and watch them prowl a few feet away. 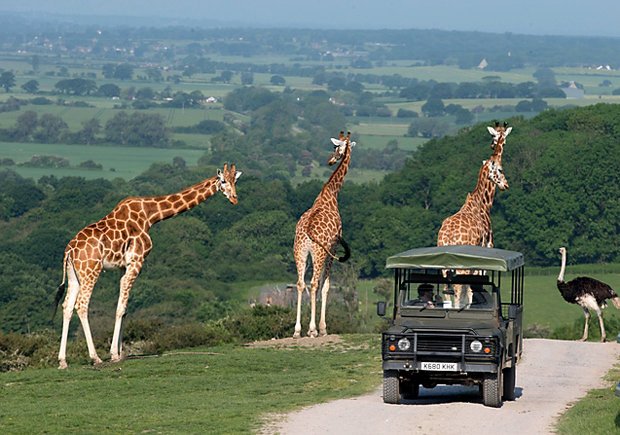 On our early-morning scoot around the park on the golf buggy which came included in the package, we also saw magnificent gorillas being fed, a family of meerkats and a forest trail full of dinosaurs (model ones).

The trip was great as much for the animals as to see the look of wonder on my son’s face. In fact, as soon as he arrived home he began building his own “safari park” in the living room.

ONE night self-catering with access to park before and after opening hours, from £129 in a Pinewood Pod (sleeping four).

From £409 in a Treehouse suite (sleeping four), also with use of a golf buggy.

Get your credit card ready

The twelve lives of the MV Astoria: World’s oldest cruise ship to make final sailing
We and our partners use cookies on this site to improve our service, perform analytics, personalize advertising, measure advertising performance, and remember website preferences.Ok