Tourists are travelling to Uluru to climb the rock, against the wishes of the traditional owners, to get in before the practice is banned in October.

Parks Australia said there were “certainly visitors travelling with the intention of climbing Uluru before the climb closure comes into effect”.

The management board of the Uluru-Kata Tjuta national park voted unanimously in November 2017 to ban tourists climbing Uluru.

Dozens of photos of crowds of tourists scaling the world heritage-listed site have been posted on Instagram and Twitter. 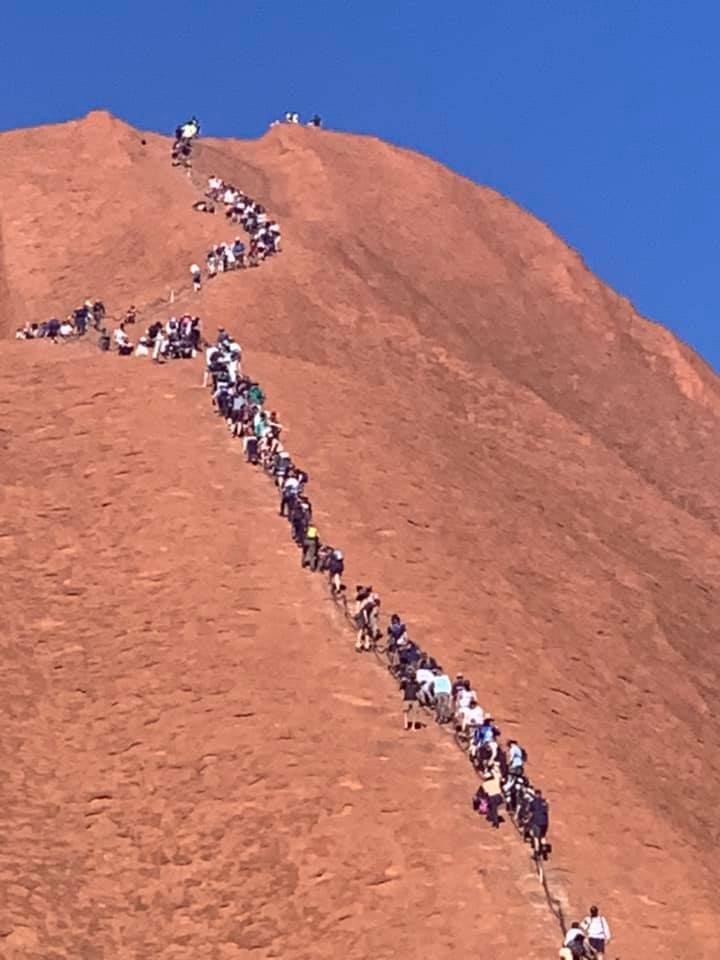 The ABC reported that tourists were trespassing, illegally camping and dumping rubbish in the lead-up to the closure.

Anangu, the traditional owners, have long requested that visitors not climb Uluru because it is a sacred men’s site, and because they feel cultural responsibility over the high number of deaths and injuries incurred from climbing.

There have been 37 confirmed deaths since the 1950s. The last was a 76-year-old Japanese tourist in July last year.

Dining under the stars: sunsets, bush tucker and that view at Uluru

A spokesman for Parks Australia said 87% of visitors now chose not to climb Uluru, although there had been an increase in the number of visitors. In the last financial year there were 395,338 visitors to the park, up 20% on the previous financial year.

But he said the impending closure of the site was not the only reason for the increase in numbers. The introduction of direct flights from Darwin and Adelaide to Ayers Rock airport since April had increased the number of visitors, and numbers went up during the school holidays.

“Just as we want people to look after the world heritage values of Uluru-Kata Tjuta national park, we also encourage people to respect the broader region and not to camp illegally or dump rubbish,” he said.

The date the climb will close, 26 October, will be 34 years to the day since Uluru was given back to the traditional owners.