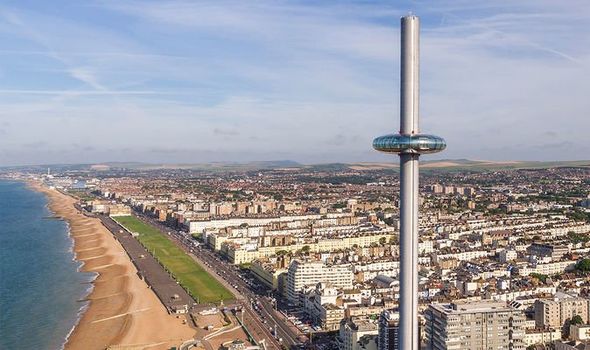 Jumping on the train – less than an hour’s journey from central London – with the promise of beach walks, the all-important British seaside pier while having all the comforts of a city, certainly didn’t need much convincing.

Despite not being my first time to Brighton, the ease of travel never fails to please and as soon as pull in the holiday begins.

Following a short stroll (read also: downhill), we arrived at the seafront and our hotel, The Old Ship Hotel. In regards location, it is unbeatable – mere seconds from the beach as well as the hub for eating and drinking.

If you’re looking for a classic seaside abode with views, look no further. The large property boasts a sizeable bar, ultimate summer terrace and friendly staff.

Our large, airy bedroom was on the third floor, offering a striking vista of the full length of the sand, with a seating area in a bay window calling out for a wine-filled moment. 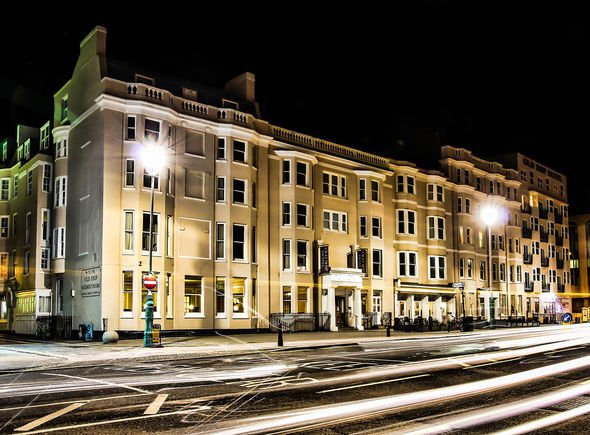 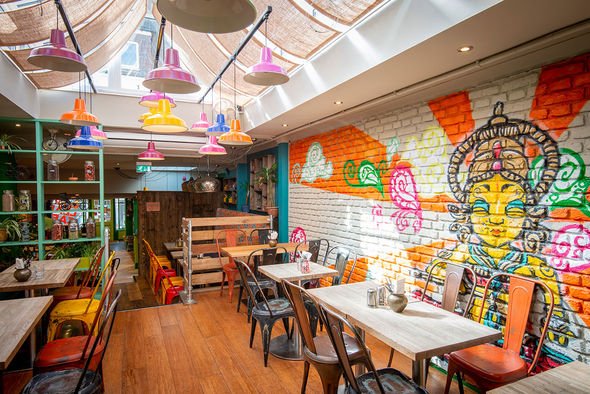 The chic patterned wallpaper, kingsize bed and other modern aesthetics contrasted with the slightly dated bathroom, but it still had everything we needed for a short stay.

Breakfast the following morning was served buffet style, with a few made-to-order options. Make a beeline for a seat in the window if vacant to make the most of the property’s position. While nothing out of the ordinary on the menu, a Full English was all that was needed.

Our first night was spent at the colourful, laid-back Curry Leaf Cafe, in the heart of Brighton’s bustling Lanes. Think exposed brick walls, wooden tables with an upbeat, relaxed atmosphere.

As huge fans of Indian cuisine we had high expectations and we were not disappointment. Based on street food, don’t expect to see all the normal offerings but they will not be missed. 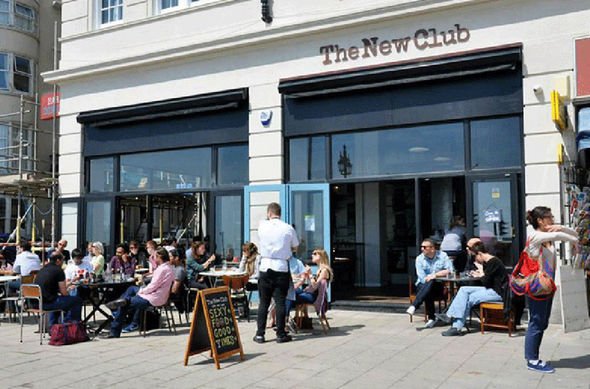 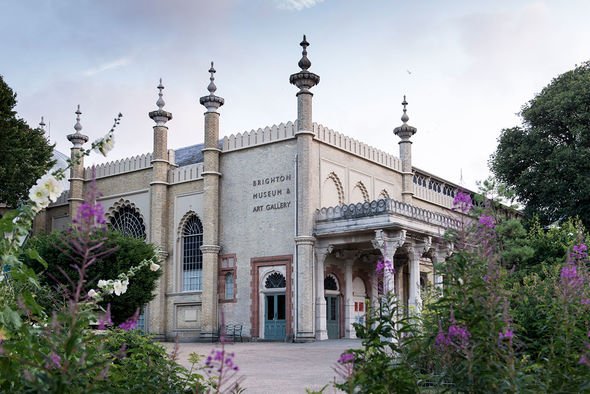 We started with mini popadoms with not-to-be missed chutneys (think tamarind, coconut and tomato and chilli), before diving into starters of wonderfully tangy fish manchurian and light aubergine bhajis.

The tandoori platter was next with spicy lamb chops, perfectly-cooked charcoal chicken and ribs, as well as methi mutter paneer curry. For lovers of a side, they both come with delicious pots of flavourful offerings.

The following evening, if you haven’t filled up on fish and chips mid-explore, make like we did and dine at The New Club. An American eatery where virtually everything is made on site and you can eat with a view of the ocean.

The rich, hearty menu was perfect for the wet evening and I can’t recommend the short rib enough – just make sure you’re hungry! It was tender in a glaze of maple and blueberry stout, beer and black garlic.

My partner opted for the special burger and the huge sandwich that arrived was perfectly cooked with the all important garnishes and fries. Favourite dishes also include coconut shrimp, KFP (Kentucky Fried Poussin) with gravy and mushroom donuts.

When in Brighton, the Lanes are a must. Once the hub of the old fishing town, the cobbled streets are now packed with independent shops and street art. An ideal place to start a day of sightseeing.

We then made our way to the Royal Pavilion. It is impossible not to catch a glimpse of the ornate structure when in town, first built in 1787 as a seaside retreat for George, Prince of Wales, who became Prince Regent in 1811.

Inside is an amazing warren of extravagantly decorated rooms, and no imagination is needed to be able to go back to the lavish parties of its hey day. The vibrant colours and furnishings are fascinating as you retrace the steps of eighteenth century partygoers.

The audioguide is interesting and concise, so would recommend, while tours are also available.

From there it was onto the Brighton Museum, which is in the same grounds as the Pavilion. It houses a vast variety of topics and exhibitions, which can feel a little random, but it will include something for all.

Make sure to check Images of Brighton, as well as the hall of 20th century art and design as well as ancient Egypt.

Our final stop on the tourist trail was the British Airways i360. Opening three years ago, it is a relative newcomer to the Brighton skyline.

I’d suggest starting your break here or enjoying drinks at sunset – there is a fully-stocked bar inside the futuristic, silver capsule – as it descends 162 metres into the sky.

What more could you want from a weekend escape? Great food, activities and culture.

Could 'Quickie Trips' Be the Key to Summertime Travel in the US?

This Viral TikTok Shows What Disney World Will Be Like When It Reopens This Week
We and our partners use cookies on this site to improve our service, perform analytics, personalize advertising, measure advertising performance, and remember website preferences.Ok