This being Cambridge, one of the UK’s most prestigious seats of learning, interior designer Martin Brudnizki (whose projects include The Ivy restaurant, Buckingham Palace), working alongside Classical architect, John Simpson, has introduced scholarly elements.

Photographs of crews of the legendary Cambridge teams; of Winston Churchill resplendent in a favourite siren suit; another, an extraordinary alfresco lunch for 32,000 on Parker’s Piece celebrating the coronation of Queen Victoria and various botanical prints and old maps are a nod to quintessential Cambridge and its Britishness.

Some of the original features of the building remain: a massive fireplace in the library, where distressed leather sofas sit on reclaimed parquet floors and original stained glass windows, featuring college crests overlook Parker’s piece.

Despite its grandeur, the hotel is reassuringly relaxing and its 192 rooms and nine suites ooze luxury.

Mine, the Charles Darwin suite, featured a nod to the great naturalist with well-chosen books relating to natural history such as dinosaurs and woodlands.

Bedside lighting is mismatched, as are the bedside tables, avoiding looking too contrived. The hypnos beds are superb, as is the silky linen.

Corridors of carpet in deep blue and rust stripes representing the Cambridge University Tie connect the rabbit-warren array of hallways and the hotel’s recurring colour, uplifting Cambridge (Tiffany) Blue, pops up in trays and Dutch bikes available for guests. 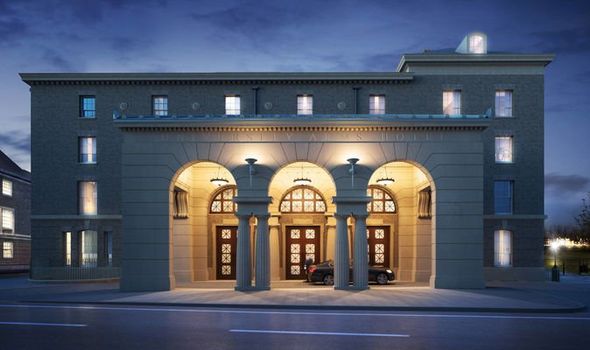 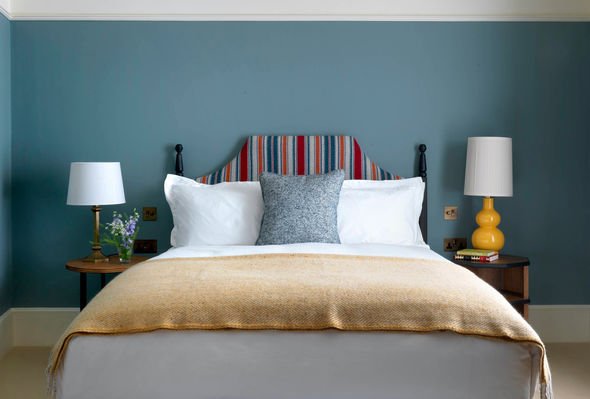 Apart from a couple of staff wearing visors, hand sanitiser and a sign detailing what measures the hotel has taken, Reception appeared to be relatively ‘normal’.

I loved the very ‘Royal Birth Announcement’ ornate easel featuring details of the Covid app as well as decals of characters from Wind in the Willows on the floor tiles reminding guests to be considerate of others. Many amenities were removed from the room, such as bathrobes and body lotion. These are however, available on request.

Drinks and food is left on a tray outside your door and rooms are serviced after three days and are thoroughly cleaned and left to sit for 24 hours after guest’s departure.

Each second table was left empty to encourage social distancing but this didn’t detract in any way from the appealing atmosphere.

If nothing else, Parker’s is a destination restaurant with an incredible menu created by Tristan Welch who was Gordon Ramsey’s partner at Petrus.

Kick off the evening in the adjoining bar (bar stools have been removed) with a cocktail or glass of bubbles (£12) before moving into the Tavern. 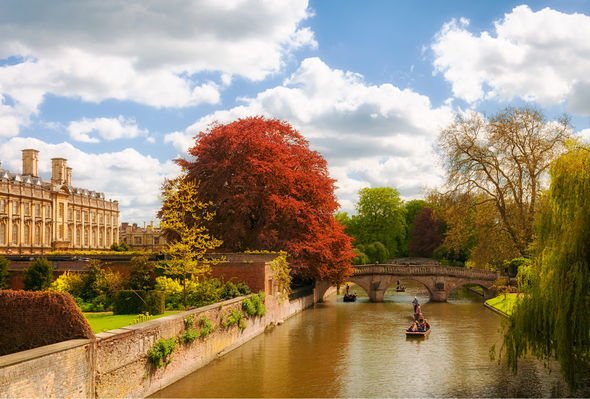 If you fancy a beer, you’re out of luck as there are no taps here, only a few bottled varieties.

On the food front, starters include slow cooked truffled duck egg on toast with a truffle-mushroom mayonnaise (£12), Tempura courgettes with local honey, cider vinegar and pepper £8.

Parker’s Classics include a Wiltshire Truffle risotto (£15), Spaghetti Bolognese (£10) and Nut brown buttered sole £16.3. Every dish was beyond superb.

Wine comes suitably priced too, from £22.  Presently bright yellow deckchairs are scattered on Parker’s Piece for people watching and whiling away the hours sipping on non-alcoholic cocktails and Afternoon Tea (£22), Burgers (£15) and Tristan’s stupendous sourdough pizzas from £8. 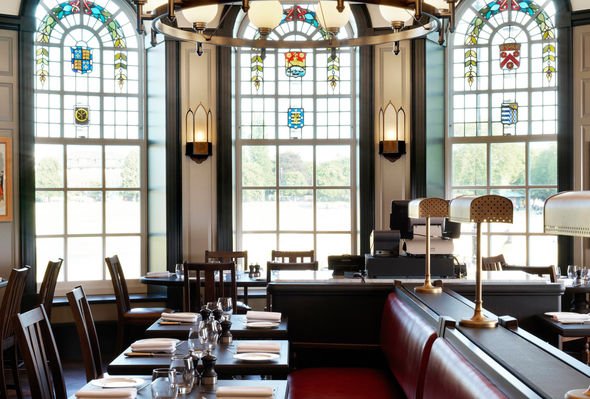 There is a small gym in the basement, but more preferable would be to take a trot around Parker’s Piece or discover Cambridge by bike. For contemplation, the fabulous library, mentioned before has a roaring fire in Winter and the adjoining bar has a buzzy atmosphere.

Cambridge is home to one of the UK’s most revered seats of learning, Cambridge University and the city passes with honours when it comes to idyllic weekend breaks.

Set on the River Cam, its most famous attractions are the 31 colleges, with their over-the-top Gothic design, dating back to 1209.

Tiny alleyways, lined in medieval houses, unchanged in centuries weave through the city. You almost feel and smell the learning, in the air. You may stumble on a pub here, a tiny cafe there as you wander past ancient tilting walls lined in bicycles.

The market square has hosted a market since the middle ages with stalls selling everything from organic burgers to hand carved wooden plaques and books. Rent a bicycle and join the locals exploring this captivating city on two wheels.

It’s all about the colleges.  The most spectacular is King’s and the King’s College Chapel built in 1446-1515.

It is home to a well-renowned choir (if you can, go to a Sunday service) but also incredible stained glass windows and stupendous Gothic style.

During University term time, you can wander into some of the most esteemed colleges and their immaculate gardens with old sandy walls covered in ivy and trailing wisteria. St John’s college has an impressive entrance; an ornately carved wooden gate painted in bright colours. 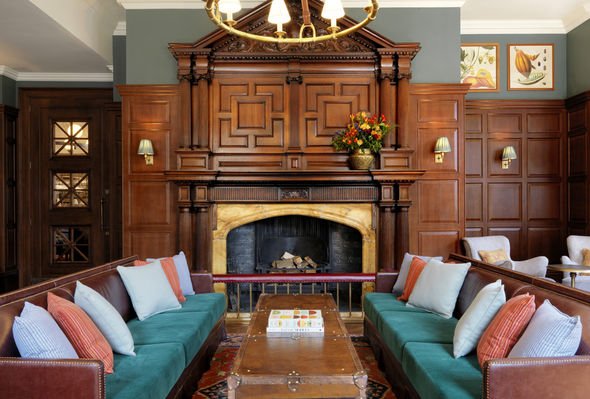 At Trinity founded by Henry VIII, and whose alumni include AA Milne, Isaac Newton and George VI, wander over cloistered lawns and visit the grand dining room.

Going for a Punt on the River Cam is an essential and one of England’s most quintessential pleasures. Glide serenely alongside the college Backs, the banks on the side of the river which run behind seven of the most spectacular Cambridge University Colleges.  Sail under bridges such as The Bridge of Sighs, a Grade I listed covered bridge connecting St John’s College and the ancient, wooden geometric designed, Mathematical bridge of Queen’s college.

The ‘Make the Most of Midweek’ offer starts from £239, on a B&B basis and including a £40 per person credit to be used at Parker’s Tavern. It also includes late check out.