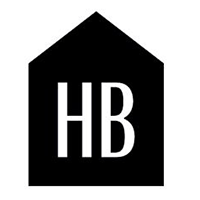 Legislators in California proposed a bill this week that, if passed, would mean that large theme parks in the state, like Disneyland, could be able to re-open more quickly than what is currently allowed.

The bipartisan bill was introduced by Assemblywomen Sharon Quirk-Silva, D-Buena Park, and Suzette Valladares, R-Santa Clarita, according to USA Today>>>P. It would allow large theme parks, such as Disneyland, to re-open when their counties reach the orange tier of COVID-19 cases, considered to be”moderate.” Right now theme parks of Disneyland’s size would not be able to open until their county is in the yellow designation for COVID-19 cases, which is considered to be”minimal.” It would then be able to operate at 25 percent capacity. Currently, most of the counties in the state are in the”purple” tier, which is the highest risk category.

“Now, more than ever, we need to strengthen our resolve to care for each other and to create clear and proper tiers to ensure the safety and health of our community and businesses,” Quirk-Silva said in a statement to USA Today. The proposed bill also has”strong support” from the California Attractions and Parks Association.

Disneyland and other large theme parks in the state have been closed since March 2020, when the COVID-19 pandemic began to surge in the United States. Since then, all of Disney’s parks around the world have reopened at some point>>>P, except for Disneyland (Hong Kong Disneyland and Disneyland Paris have both since temporarily closed again). Disneyland in California is currently being used as a large-scale vaccination site>>>P.