When life gives you lemons: Skip the golf and swing by the Algarve’s sleepy interior

Golfers must be overwhelmed by choice in the Algarve.

‘There are 12 courses within easy reach of here,’ says a member of staff at the Anantara hotel in Vilamoura. That’s 12 too many, in my view. All that manicured greenness; 19th hole banter; ghastly dress-sense.

But after a few days staying at this newish resort (280 rooms, five pools, four restaurants, spa and all kinds of clubs for children) — which looks out across the Victoria golf course, where the Portuguese Masters is held — the golfers are almost a side-show. 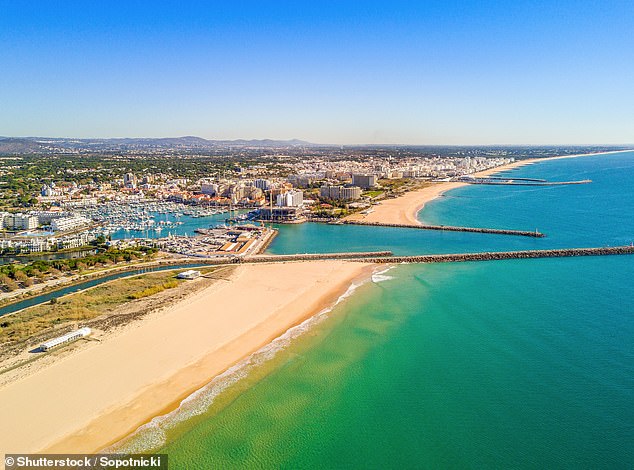 Vilamoura (pictured above) is a top destination for tourists, especially golf lovers

They do their thing; we do ours, which means exploring inland where life bobs along at a sleepy pace amid orange, lemon, fig and olive groves.

A company called Stressaway Tours picks you up in a four-wheel-drive jeep and off you whirl through shallow rivers, down bumpy tracks and across lush countryside in stark contrast to the parched and crowded coast. We stop at a 1,000-acre farm called Quinta do Freixo, which specialises in jams and marmalades. Huge pans bubble away as we sample the preserves (€5 per jar) and then we’re invited to pluck an orange and lemon off some nearby trees.

My lemon is the size of a small melon. The winter orange (thicker skin than those harvested in late summer) is sweet, juicy and best eaten on the spot.

Then we stop to see how fig ‘firewater,’ as it’s called, is distilled, before downing three different kinds of medronho liqueur. We stop for lunch at Caixeiro, in the village of Sao Bartolomeu de Messines, and eat peasant food (boar, cod fish, fried chicken) of the highest order at the lowest prices. Our guide is proud of what his country produces.

He tells us Portuguese olive oil is better than Spain’s and that Spain buys most of Portugal’s oranges and sells them on, the rotters. Portuguese wine, he says, is just as good as Spain’s, but not enough of it is made for export. 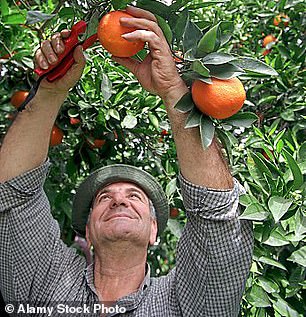 He also tells us one reason the Portuguese cork industry is dwindling is because farmers are reluctant to invest for the long-term. How come?

‘Because if you were to plant a cork tree today you could not get any cork from it for 40 years,’ he says.

Anantara has its own beach bar called Puro. It’s ten minutes away in a yellow tuk-tuk that ferries guests back and forth. It’s not the most beautiful of beaches, but it’s mercifully free of golf buggies.

Elegant Resorts (elegantresorts.co.uk) has three nights at Anantara Vilamoura from £1,445 b&b per family of three, two adults and one child, including EasyJet flights. Based on May 11, 2019, departure.