An Inspector Calls… The Roseate Reading has ‘sumptuous’ bedding and the bar is ‘alive and kicking’ – but is it where you’d come for a romantic weekend?

The Forbury in Reading is now The Roseate Reading, but it’s confusing. The former became the latter four years ago and yet it’s The Forbury name that still stares out at you from the front of the listed building (built 1911), which once served as Berkshire’s Shire Hall.

Then, on browsing through the hotel directory, gushing prose says: ‘Every moment is a special memory . . . it’s the very essence of the Forbury Roseate.’

Whatever the name and change of ownership, the magnificent central lift shaft that runs the full height of the building has been ruined by a sparkly chandelier which blocks out much of the original iron work. 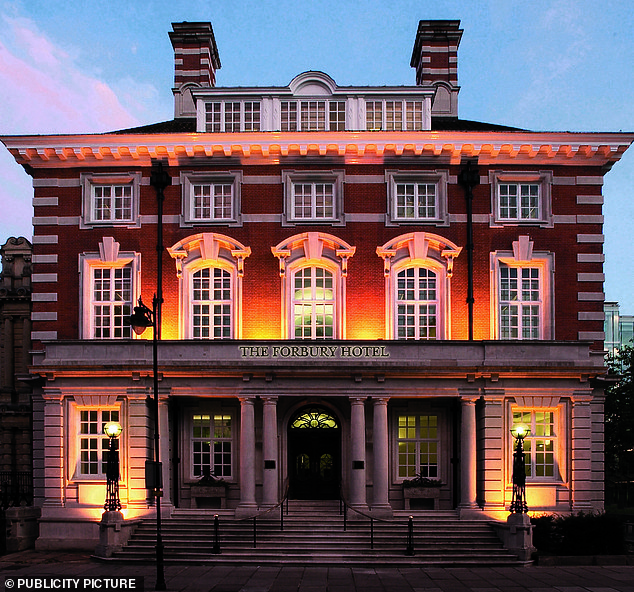 The Roseate Reading, formerly The Forbury, is a listed building dating back to 1911

This is modernity at its most reckless and there’s also something cold about the public rooms on the ground floor, several of which have big conference tables in them.

‘Well, you wouldn’t necessarily come to Reading for a romantic weekend would you?’ says my wife.

I think you might, actually, if the hotel is good enough. There are plans to add a spa, decent art hangs on the walls, fabrics come courtesy of Nina Campbell and Kenzo.

Rooms are spacious, with walnut floors and sumptuous duvets and pillows — though the only place bright enough to read is in bed.

The atmosphere may be dead upstairs, but it’s alive and kicking in the basement, where a swanky bar leads into Cerise restaurant. You get the full works: amuse bouche, homemade bread, attentive service, big tables dressed in white linen. And the food’s not bad either.

Sumptuous: Pictured above is one of the rooms at The Roseate Reading

On checking out, I ask the receptionist where I can find what used to be the main council room. I’d like a peep. ‘I don’t know,’ she says apologetically.

Surely she should know, especially when the purple prose describing the hotel makes such a big deal about making special memories.