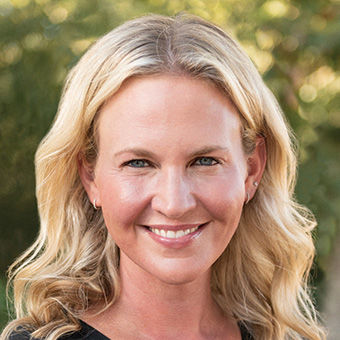 Q: Billed as an “adventure hotel” concept, Field Station seems to share some overlap with the AutoCamp brand, especially as it relates to a focus on the outdoors. What are some of the differentiators between the two?

A: With Field Station, we’re buying existing motels or lodges, so it’s very different from a development standpoint. An AutoCamp could take anywhere from 12 to around 24 months [to develop] or even longer, whereas with Field Station, it can be more like eight to 12 months. And while with AutoCamp we talk more about it being for the “adventure curious” or “adventure light,” with many people doing more leisurely activities, Field Station’s first location will be in Moab in Utah, which is a mecca for biking, hiking and trail running. You’ll be getting people that are truly coming for that more athletic outdoor experience. And with Field Station, we’re offering a bit more of an accessible price point. The entry price point there is $149, versus $249 at AutoCamp. Our second Field Camp will actually be in Joshua Tree, where we already have an AutoCamp, so we’ll have both in that market, which we think will be really cool.

Q: Have things like volatile gas prices or the recent reopening of more international borders impacted business in any way?

A: Demand has remained fairly stable. And what’s really interesting is at Joshua Tree, which we just opened in January, we actually saw an influx of international travel this summer, with people coming in from Canada, Europe and Asia. And I think we’re really well positioned for [continued domestic growth]. I think a lot of people got their fix this summer with those longer trips they’ve been waiting to take, but weekend trips or even short weekday trips are still going to be in demand. We’re generally a half-day drive from major markets, so that idea of deciding last-minute that you want to get out and go is easy. We’ve definitely seen a lot more people booking last-minute. And when talking about the trend toward not as many people having offices anymore, we’re seeing a lot of companies booking retreats, whether for a small group or a full company buyout.

Q: What’s next for AutoCamp’s expansion?

A: Honestly, there are markets all over the U.S. that we could enter, and we’re looking everywhere. There are some markets in the Midwest that we’re actively pursuing, for example. And our Hill Country site will be our first market in the South, which is going to be exciting. It’s actually going to be our largest AutoCamp when it opens. For us, it comes down to seasonality in these markets, and making sure that we’re going to see travel demand throughout the year. And if we’re not going to see serious demand in certain seasons, we want to know what it looks like during those high-demand seasons. And then making sure it’s the right land for us, and that it’s not something in the middle of other developments. We’ve got some more growth plans that we’ll probably be announcing early next year.