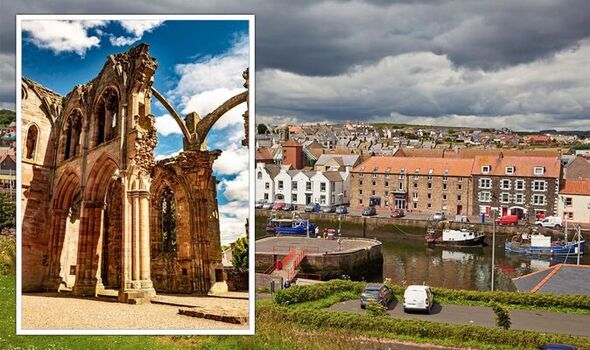 Lonely Planet has named its best travel destinations for 2023. A breathtaking area of Scotland was ranked as one of the 30 best destinations in the world.

Southern Scotland was chosen as one of the best travel destinations in the world for 2023.

“Instead of heading to the Highlands, aim for the Borders and other areas of southern Scotland to learn more about the country’s history and famous residents like writer Robert Burns.

“With the debate about Scottish independence showing no sign of cooling, exploring the borderlands is a great way to contemplate the future of the entire UK as well.”

While the Scottish Highlands attract a lot of deserved attention, the Scottish borders are well worth a visit.

A visitor to Eyemouth Harbour wrote on Tripadvisor: “Brilliant, beautiful place. The food was fantastic.”

Eyemouth is a fantastic place to enjoy traditional Cullen skink or sample a lobster roll followed by ice-cream.

Staycationers can also travel to Scott’s View to admire the surroundings from the author’s favourite viewpoint.

Lonely Planet also recommends a day trip to the town of Melrose, with a stop at Melrose Abbey.

Nature-lovers will find plenty to amuse them with a hike to Grey Mare’s Tail, a 60m waterfall in the Moffat Hill.

Tourists could also take a ride on the Leadhills and Wanlockhead Railway or stop at the Museum of Lead Mining.

Staycationers will also be well placed to explore the Scottish capital and its many shops and cafes.

Galloway Astronomy Centre is one of the best places to stargaze and tourists can book with a Dark Sky Ranger.

Manchester was the only other British destination to be included on the list and was celebrated for several new attractions.

British tourists looking for a beach break might like to visit the Greek island of Halkidiki, once a celebrity haunt.

Malta and Umbria in Italy were among the other European destinations to find a place on the list.

Albania cemented its place as an upcoming beach destination where tourists are likely to find fewer queues than in neighbouring Greece.