Google Maps Street View cars pootle around the world capturing their environs as the tech giant maps the planet. In doing so, the Google cameras end up snapping some very strange sights indeed. Often they come with very little explanation and the viewer is simply left to guess the real backstory.

One such image has gone viral after being posted to US content-sharing site Reddit – years after it was first spotted.

The spectacle was sighted in British Columbia, Canada.

It shows a roadside scene in Victoria.

A small round table and two chairs have been established on the sparse earth at the side of the tarmac. 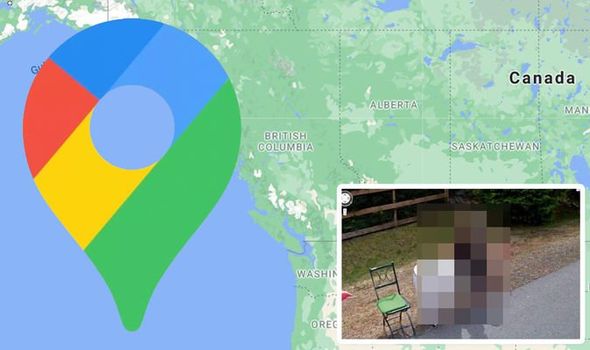 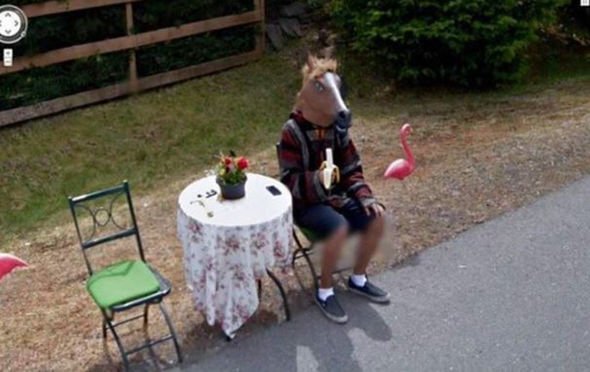 However, it’s what is sitting on the right chair that has sparked an interest.

A figure with the body of a human but the head of a horse can be seen.

The being sits looking straight forward on the chair as the Google car passes.

One hand is on his lap and the other holding a banana.

In the background, two small plastic pink flamingoes are skewered into the ground.

So what on earth is going on here? 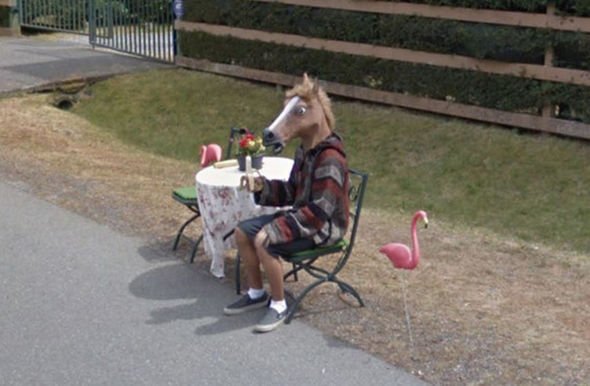 It would seem the figure has opted to dress up as the animated character.

“I wonder if some people see the Google van coming and put on a funny pose,” one wrote.

However, another intriguing point about the bizarre scene is the man’s legs.

They appear to have been blurred out by Google – usually a move made to protect someone’s identity or privacy.

“At least they had the decency to censor the legs,” the person who posted the shot captioned the photo.

“This is some 1800s censorship right here,” one viewer commented.