Google Maps Street View is intended to be utilised as a geographical tool. It’s highly useful for users looking to see what a location looks like from the ground. But photographing the world in this way invariably leads to people getting caught as they about their day.

However, in the case of one person – they weren’t caught.

A very confusing scene was spotted on Google Maps Street View which has left viewers scratching their heads.

The photo, in many ways, depicts a rather charming scene, understood to be in Germany.

In the background is a beautiful stately home. 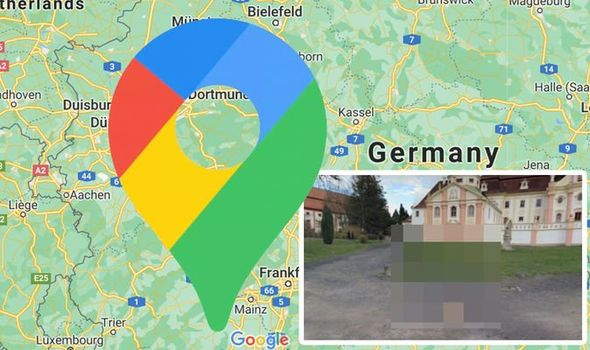 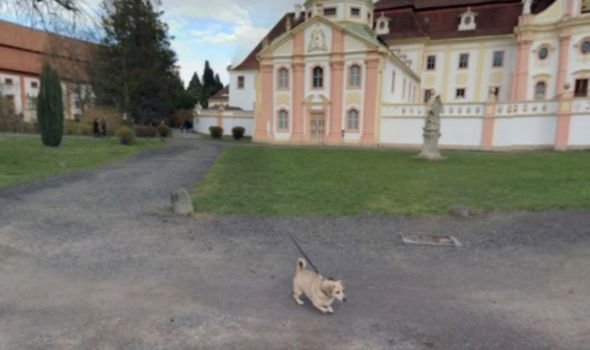 The vast building is painted white, pink and yellow and has multiple storeys.

A green area lies in front of the mansion and behind a gravel path.

It’s what’s on the path that unnerves viewers.

However, it’s only if one looks closely that the startling reality of the picture becomes clear.

At first glance, one can see a small dog.

The dog looks to have been caught mid-stretch as it bends its front legs towards the ground, its tail curling behind.

It seems very cute indeed but is entirely alone… or is it?

On closer inspection, a lead can be seen fastened from the pooch’s collar. 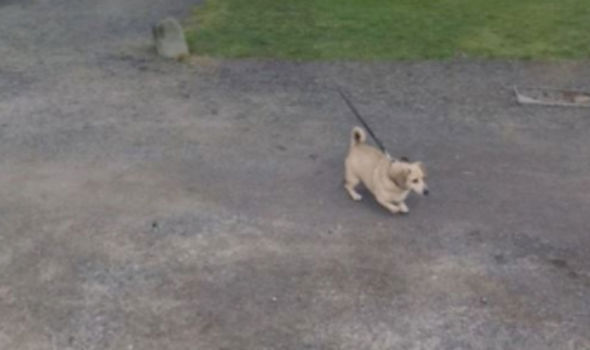 The lead sticks up in the air but mysteriously the end cannot be seen.

It is as though the person walking the dog has disappeared into thin air.

Is the dog’s owner invisible? Is this actually a ghostly sighting?

Sadly, as exciting as it would be to think this dog-walker has invented an invisibility cloak, there is a more logical explanation.

When snapping the shot, the 360-degree cameras shoot multiple pictures to create the seamless image.

Moving objects often ruin the scene as they shift when the photos are taken.