Bumping up from economy to business class on a flight can cost thousands of pounds but low-cost carrier Norwegian Air promises it can offer a little bit of luxury for a snip of the price with its premium service.

I compared the airline’s upgraded offering with its standard seating on a return lap from London to New York on a Boeing 787 Dreamliner recently.

A return flight in economy averages around £275 while premium comes in at £845. So just what do you get for your extra £550 or so?

Scroll down for video 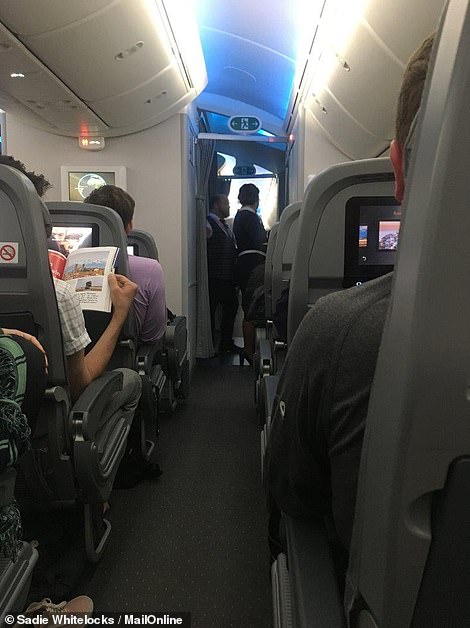 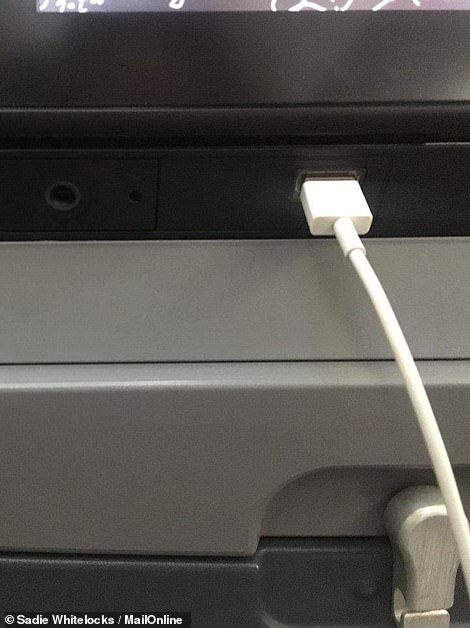 Sadie flew with Norwegian Air from London to New York in the economy cabin (left) and said she was impressed by the service and little extras, like USB sockets on every seat back (pictured right) 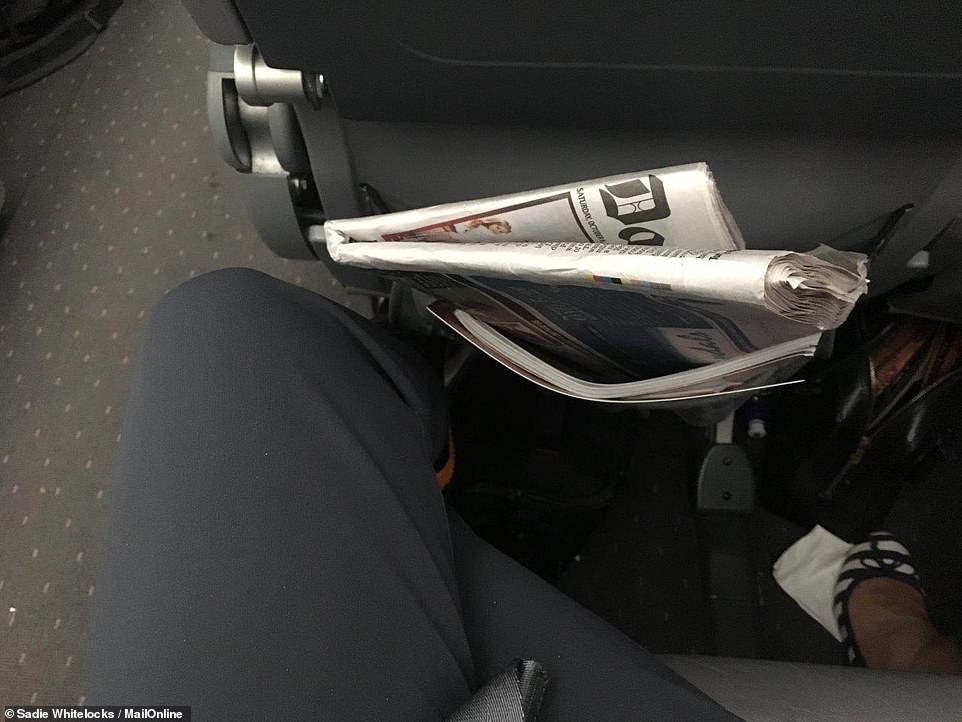 To find out I first had to get the economy leg out of the way, which began at 5.05pm one Saturday night in Gatwick and ended eight hours later at JFK International Airport.

I swiftly settled into my seat, which pleasingly had little supportive wings, which aided comfort, but the pitch is only 30 to 31 inches, which is a bit on the cramped side, but I’m fairly small, so I didn’t mind.

However, I was made to feel a little claustrophobic by a couple sitting next to me, as they incessantly argued and then proceeded to get very drunk.

I was pretty surprised to find that they were newly-engaged (something which helped them snag a free bottle of cava from the delightfully jolly flight attendant) – so I guess all is fair in love and war.

Other plus points? The meal I’d pre-ordered for an extra £25 (this includes a main meal, snack bag, a glass of wine or beer and a hot beverage) was delicious and there was a nice concise movie selection that didn’t require an hour of decision-making. 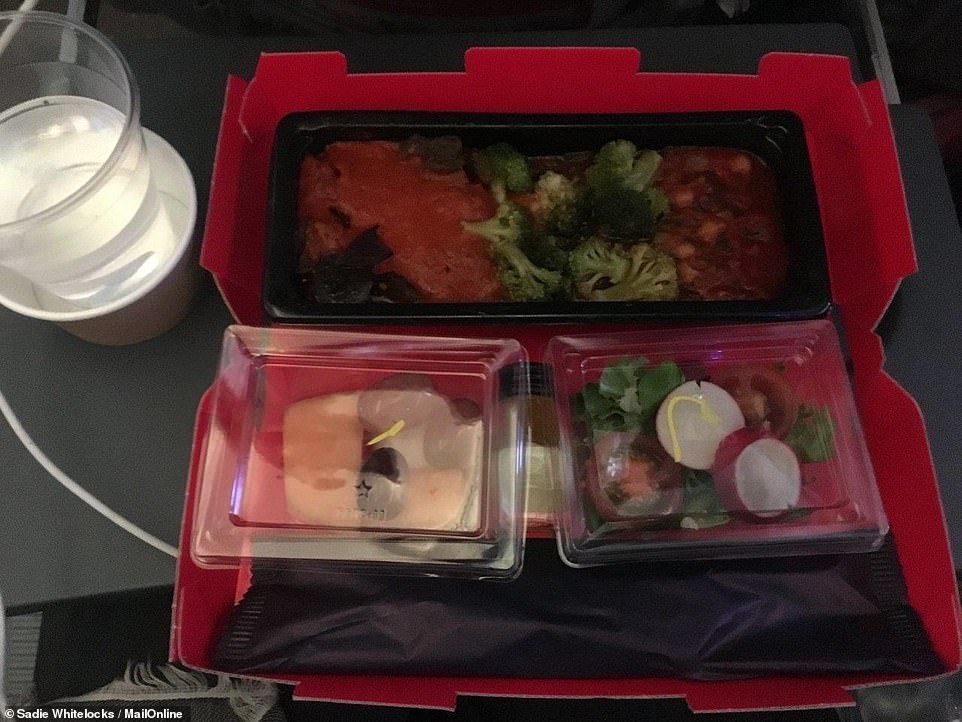 Meals are available to order in Norwegian’s economy cabin. For £25, you get a main meal, snack bag, a glass of wine or beer and a hot drink. Sadie said her vegetarian meal in economy (pictured) was much better than the box of nibbles in premium 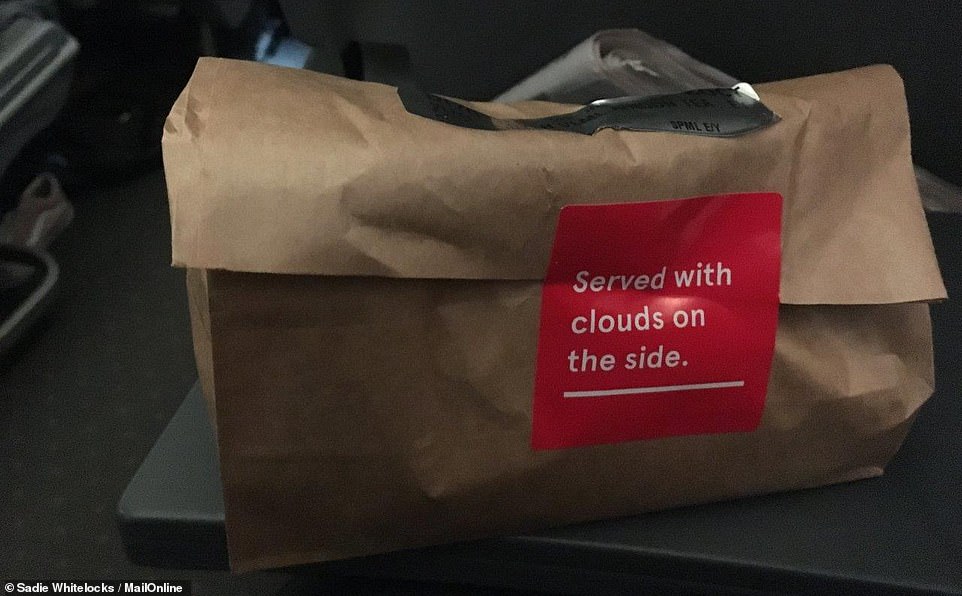 The snack bag in economy is served shortly before landing 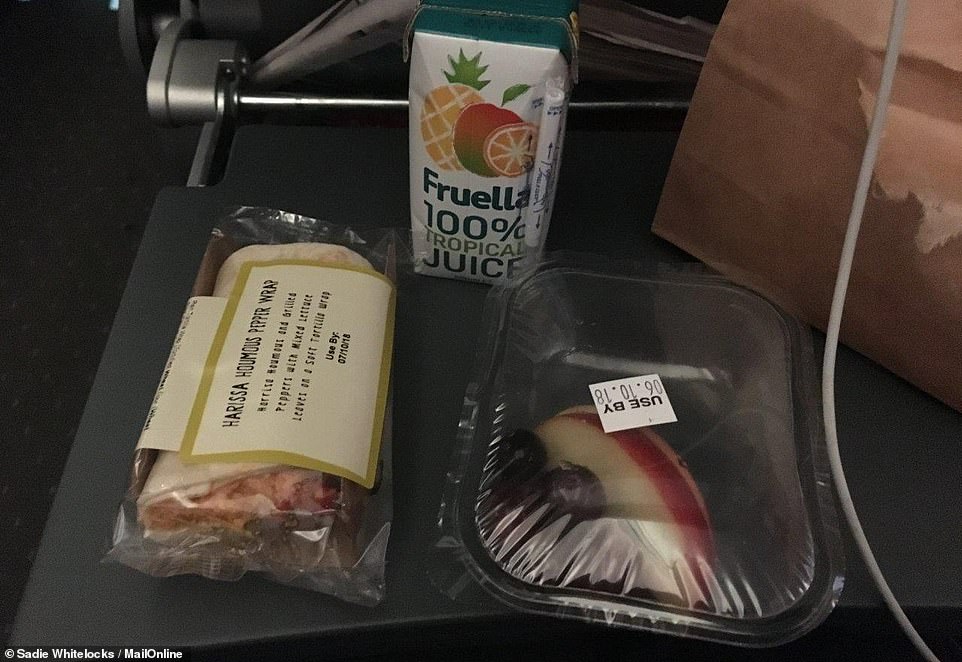 Economy provisions: Sadie discovered a vegetarian wrap, a pot of fruit and tropical juice inside her paper bag 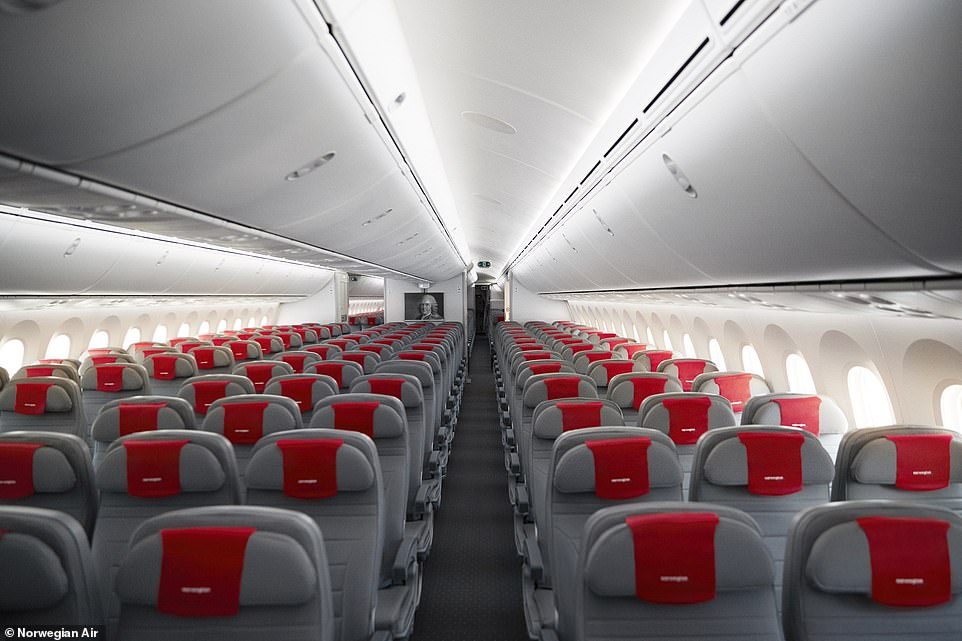 The downsides? There was only wine available for free with my meal, no spirits (I tend to like whisky for helping me sleep on flights) and it was tricky to sleep upright, with the super-slim seats lacking padding.

So, while there weren’t many problems with Norwegian economy, after sampling the premium service, it will be difficult going back behind the curtain divider.

I started reaping the benefits of premium on the return journey from New York to London before I’d even set foot on the plane.

In JFK airport a long queue snaked towards the check-in desks but I gleefully skipped this line to the priority boarding lane, where it took me less than five minutes to scoot through.

The friendly lady told me at this point my premium ticket would also grant me access to the Alitalia lounge in Terminal 1.

I made my way towards security – a place I always dread in JFK – but I was delighted to find my ticket diverted me to the fast track line.

Again, I sailed through in less than five minutes.