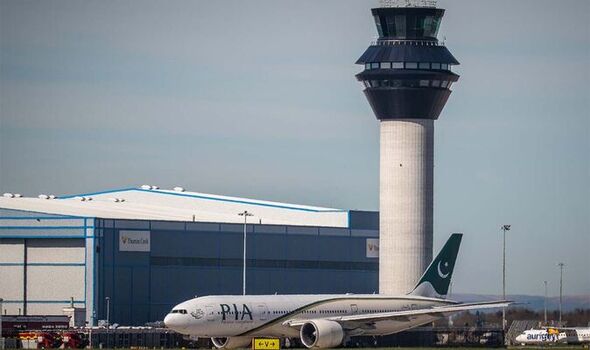 The main runway at Manchester Airport has reportedly been closed for emergency repairs.

It is thought the issue is a pothole on runway 23R.

This appears to have led to several flights being delayed or diverted, as all planes are currently having to use a secondary runway.

Speaking to the Manchester Evening News, one source said: “The airport is down to single operation on (runway) 23L which means the inbound planes are having to taxi right down the runway and turn around.”

A spokesperson for the airport said: “This morning we identified a surface defect on Runway One during one of our regular routine inspections. Safety will always be our top priority, so as a precaution, we are temporarily operating all flights from Runway Two while we urgently rectify the issue.

“This may result in some delays to both arrivals and departures, and we apologise to passengers for any inconvenience and thank them for their patience.”

One Ryanair passenger has tweeted: “Another first for me with Ryanair. Landed at Manchester Airport and the pilot had to do a U-turn to get back to the terminal building. Only one runway in use. The pilot showed a bit of skill I think he secrety enjoyed it.”

Here’s the flight path of a British Airways plane from Heathrow to Manchester which was diverted to Liverpool earlier.

Another first for me with Ryanair. Landed at Manchester Airport and the pilot had to do a U turn to get back to the terminal building. Only one runway in use. The pilot showed a bit of skill I think he secrety enjoyed it.

You can see from the map, from the AirNav.RadarBox flight tracking site, how the flight circled over Cheshire and the Peak District before rerouting to Liverpool.

This story is ongoing and we will update as and when we receive updates.