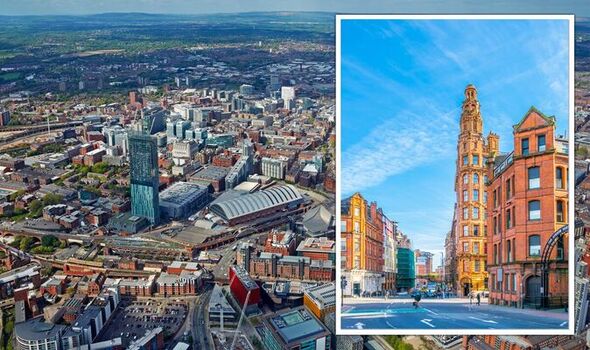 Under new plans, tourists will pay £1 extra per night to stay in Manchester. Around 74 hotels and guesthouses have signed up to the new scheme.

The tax is being introduced to boost the tourism economy following the pandemic and is the initiative of a new body, the Manchester Accommodation Business Improvement District (ABID).

A spokesperson said the scheme was a “direct response to significant challenges including recovery from the pandemic and the impact that Brexit has had on the hospitality sector.”

Funds raised from the new tax will be used to market the city as a destination and to help keep the streets clean around hotels.

Manchester also intends to use the money to attract more large-scale events such as festivals and conferences.

Bev Craig, leader of Manchester Council, said there were “exciting times” ahead for Manchester.

She said: “We believe that targeted investment through the Manchester AIBD will help support the accommodation sector, which plays such a vital role in supporting jobs in our city and adding to its overall vibrancy.”

The news got a mixed reaction on Twitter. User Cornish Dave tweeted: “Whenever a tourist tax is suggested for Cornall, people get up in arms?

“Yet it’s okay for Manchester? Surely it makes sense? Can it be used to fund useful things?”

Darren tweeted: “Manchester tourist tax is a joke. I travel and stay regularly in the city and will not stay in a hotel with a tax.”

Ged Devlin tweeted: “So though I’m not automatically saying this is a bad idea. Can you imagine visiting a city with transport links as insanely bad as Manchester and then being asked to pay a tourist tax for the privilege?”

Another user, In the Wess Country, tweeted: “Ok then. No overnight stays in Manchester then. Why would you tax tourists?”

StartWithTheArt tweeted: “Bad news for a family of five spending a week in a city hotel. Other cities are available.”

The tax is expected to come into place in April 2023 with more details announced before then.

Manchester is hoping to have an increase in visitors in the New Year and has received a lot of attention.

The city was listed as one of Lonely Planet’s Best Places To Visit in 2023, one of just 30 destinations in the world.

Lonely Planet said: “Along with being an accessibility-friendly destination that’s also doing a lot for sustainability, Manchester has some exciting things happening in 2023.”

The team highlighted the major renovations at Manchester Museum, the Manchester Jewish Museum and the newly opened Castlefield Viaduct trail.

Tourist taxes can be controversial but are in use in many cities across Europe, including Barcelona and Venice.

Wales has plans to introduce a tax to raise funds for popular areas while Cornwall has also discussed a possible tax.

Taxes can be spend on a wide range of causes including boosting essential services, improving the environment or supporting tourist infrastructure.