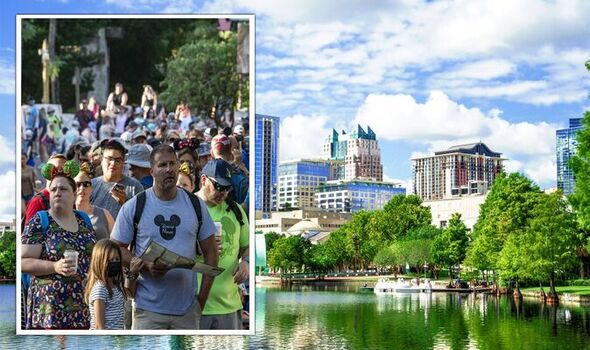 Some of the world’s top holiday destinations left travellers disappointed, says a new study. The study by Radical Storage looked at the destinations where tourists were left feeling very underwhelmed.

Radical Storage looked at over 820,000 TripAdvisor reviews for 100 of the world’s most visited cities.

The research found that Orlando in Florida was the most negatively reviewed destination of all.

Around one in five reviews for the destination were negative while almost five percent of reviews mentioned how “disappointed” visitors were.

Almost 10 percent of reviews said they had found the people in Orlando rude, while another seven percent said the experience was “terrible”.

Orlando is home to more than a dozen theme parks and many tourists travel for an adventure.

Some of the most popular parks are Walt Disney World and Universal Orlando which is home to the Wizarding World of Harry Potter attraction.

On the other hand, Budapest was named as the city that exceeded most tourists’ expectations.

Over 95 percent of reviews for the destination left positive comments with Brussels close behind.

“They don’t realise that when we travel, we take our problems with us. Big problems are hard to shake off, even on the most wonderful trip. When someone leaves home with a cloud over their head, it doesn’t really lift and impairs one’s ability to experience and appreciate a destination.

“It might also be a result of overplanning, trying to see, or do too much, which leaves no place for the serendipitous travel experiences that bring joy.

“Lastly, it can take time to put a trip in perspective. While the virtues of the destination may be overshadowed by some of the hassles, over time, a person may come to appreciate their trip.”