Christianity was ‘invented by the Romans’ says Joseph Atwill

Roman Baths, Bath: The ancient thermal spa at Aquae Sulis, now known as Bath, is one of the best-preserved Roman sites in the world. Vast and lavish, with steaming pools, hot rooms, cold plunge pool, changing room and sauna, the baths were able to accommodate not only the town’s residents but people travelling from all over the empire. Constructed from 60-70 AD, the bathhouses include the Sacred Spring, a source of naturally hot water at a temperature of 46C, and an overflow, which carries surplus water to the original Roman drain and on to the River Avon.

Modern visitors have been able to explore the spa and museum then take afternoon tea in the neo-classical Pump Room Restaurant, where there’s a fountain for drinking the mineral-rich spa water.

Stretching for 73 miles from Wallsend on the east coast to Bowness-on-Solway in the west, this is one of the most spectacular remnants of the Roman Empire in Britain.

Featuring milecastles, barracks, ramparts and forts, it was built over six years to guard the north-west frontier and is now a Unesco World Heritage site.

Housesteads Roman Fort, which sits high on the Whin Sill escarpment is Britain’s most complete example of a Roman fort. You can wander the remains of barrack blocks, a hospital and toilets. There’s also an interactive museum with mini cinema.

Walk to Sycamore Gap Tree, which was made famous in Robin Hood: Prince Of Thieves and voted England’s Tree of the Year in the Woodland Trust competition.

Vindolanda Fort and Museum, home of the Vindolanda Writing Tablets, is nearby. 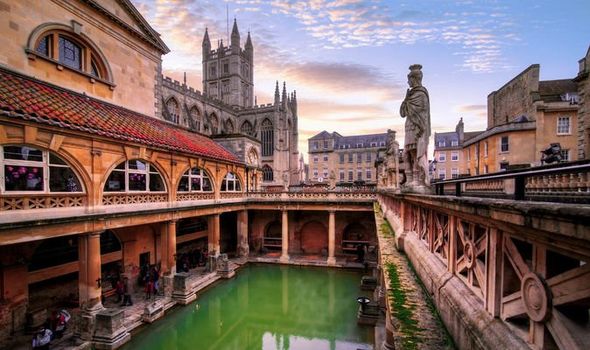 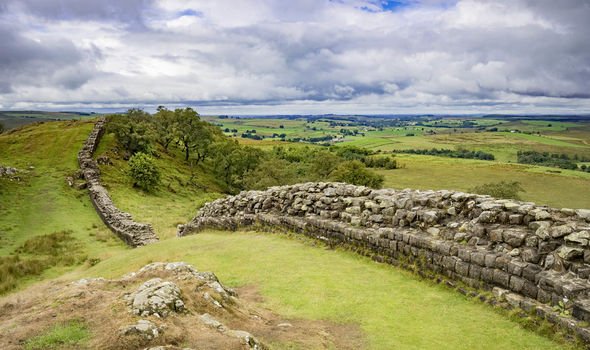 In its heyday, St Albans, then known as Verulamium, was the third largest Roman town in Britain. The highlight of its Roman remains is the theatre, discovered in 1869 on the site of the original Watling Street that runs from London to Chester.

Back then it was used for armed combat, dancing and religious ceremonies. Now, the open-air theatre stages plays – socially-distanced ones during the pandemic. There’s also a dedicated Roman museum filled with treasures and mosaics in Verulamium Park.

A short walk away is the Hypocaust, an ancient underfloor heating system now housed within a sleek modern building which is free to visitors. 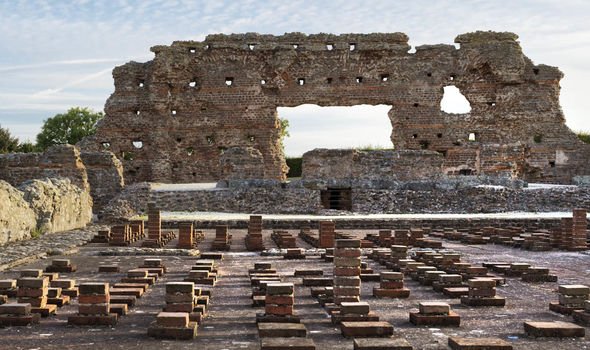 Once almost as big as Pompeii, visitors can wander the ruins of the vast bathhouse, take an audio tour in the museum and explore a reconstructed townhouse made for Channel 4’s Rome Wasn’t Built In A Day series.

Wroxeter was not redeveloped after the Romans left, so the original Roman layout of the city is clearly defined. It was lost for centuries then rediscovered in the Victorian period. The landowner donated the site and it became one of Britain’s first archaeological visitor attractions.

After a legionary fortress was built by the Romans around 50 AD, the city of Lindum Colonia, now known as Lincoln, was created. The Roman remnants still visible here have warranted their own trail with a map as well as a free app.

Newport Arch is the oldest arch in the UK and still actively used by traffic. Other highlights include the Roman East Gate and Roman Lower West Gate, as well as The Collection museum, with its display of Roman artefacts.

The remains of the largest Roman domestic building in northern Europe were found here in 1960 by a farmer. Later, Britain’s biggest collection of early Roman mosaic floors was uncovered. 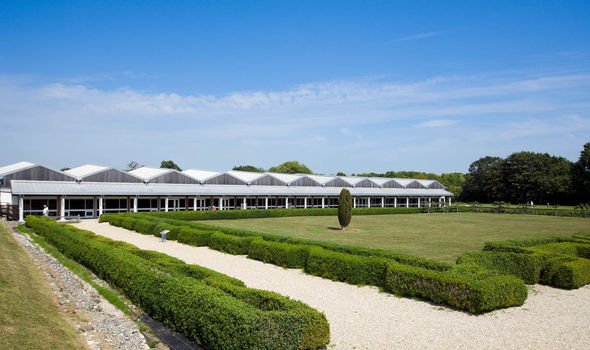 Treasures in the Museum Gallery include a sculpted marble head thought to be a rare image of Emperor Nero as a child.

After Emperor Claudius’s troops took over the West Country, a road known as Fosse Way was constructed, linking the Exeter area with Lincoln passing through the Cotswolds. Cirencester was picked as a site for one of the military forts.

Around 75 AD, a Roman settlement, Corinium, was established, the second largest after London. The earthworks of an amphitheatre on the outskirts remain today. Corinium’s defences were strengthened in the 3rd century and a section of the wall still stands at the edge of Abbey Grounds park.

It was the Romans who began construction of Chester’s defensive city walls, which are the longest and most complete in Britain.

Popular with tourists for their views of the city, they can be accessed by four gateways: Bridgegate, Watergate, Northgate and Eastgate – site of the famous Eastgate Clock.

You can also walk along Roman roads, now Bridge Street and Eastgate Street, and visit the remains of Britain’s largest stone-built amphitheatre.

Finds uncovered in 2005’s huge archaeological dig are on display at the Grosvenor Museum.