My boy’s own adventure: As a member of Boyzone Ronan Keating fell in love with Thailand – and now he’s introducing his son to this magical country

Thailand has always had a place in our hearts. It’s where my wife Storm and I got engaged four years ago, on Koh Yah Noi island. We had visited Phuket before, too, so it’s a special country to us, which is why we wanted to spend more time there.

As part of Boyzone, I started travelling to Thailand as a teenager. We spent a lot of time there for the first six years (and we’ll be going back again with the new album): we were lucky to tour Asia extensively.

There would always be screaming fans waiting at airports – they once shut an airport in Jakarta because there were so many people. This time was a bit more sedate, to say the least. 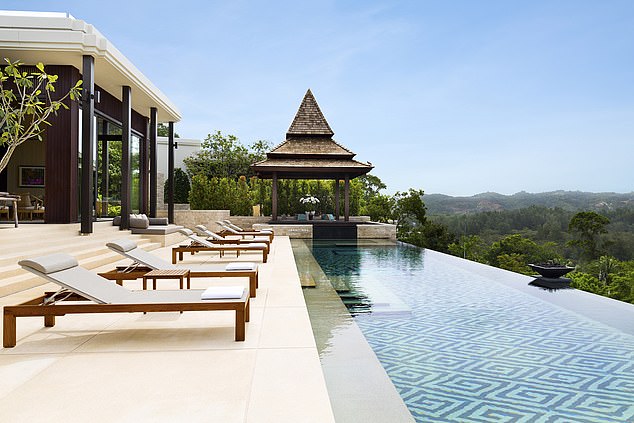 Layan in: Boyzone’s Ronan Keating took a break from early mornings as a radio breakfast show host when he and his family stayed here at the Layan Residences by Antara, Phuket, Thailand

I had a gig in Bangkok, but Storm wanted to stay out there with my youngest son, Cooper, so we extended the break at the Layan Residences by Anantara in Phuket, about an hour’s flight from Bangkok.

It’s made up of about 25 gorgeous contemporary villas set on the side of the mountain looking over the sea. We loved the fact we had our own kitchen – in fact, there were two kitchens in our villa: there is one at the back where you can ask staff to come and prepare meals for you. I think they can cater for as many as 15 people – which is great for family parties.

We ate in our own dining room on most evenings. There was a beautiful seating area outside where we loved to relax and enjoy the view, even if it was raining. 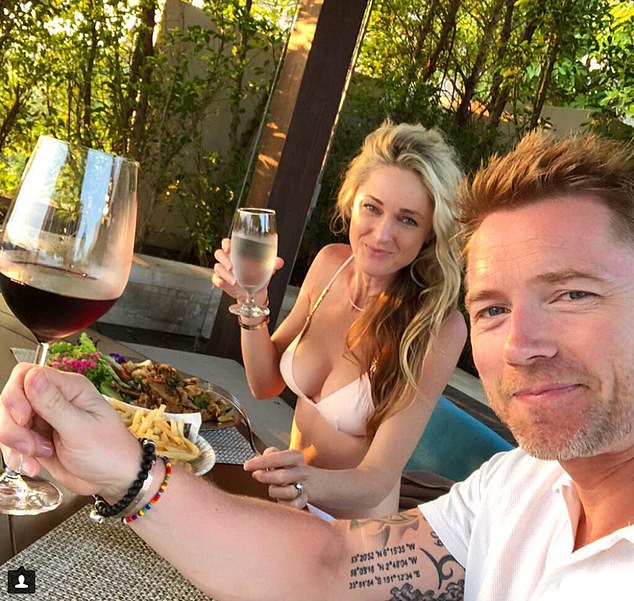 Keating out: Ronan and wife Storm enjoy a meal on their own at the Antara. The couple’s son Cooper, who is one, joined them on their return to Thailand where they were engaged in 2015

You can see the sea but you’re not exactly on the beach, but when you walk down there, you can swim in the ocean or the hotel’s pool, which is right on the water. When you have a one-year-old, you want the best of both worlds: if Cooper wants to get out and play on the beach and be in the water we could do that, but if he is being a bit noisy or cranky you can go and do your own thing at the villa.

One of the things that made our trip much easier was the in-house babysitter. She was the most wonderful, friendly character and Cooper got to know her, so we were able to have some dinners out. 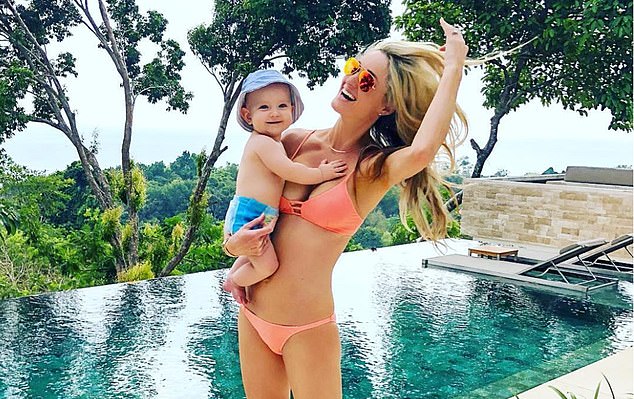 Mother and son: Storm with son Cooper at the Antara. Ronan says: ‘One of the things that made our trip much easier was the in-house babysitter’

We’ve travelled a lot with Cooper –- he’s flown back and forth to Australia four times already, as that’s where Storm is from. He’s a really good traveller and adapts to jetlag better than we do. I love exploring and learning about the local culture. Over the years I’ve been lucky to see so much of this magical country: both the fast, busy pace of Bangkok and the slow, laid-back culture in the countryside.

I start work at 6am as host of a UK radio show, so my body clock is all over the place. A lie-in on holiday is a luxury – I made the most of it in Thailand!

Nightly rates start from £1,481 per night in summer season to £5,696 per night during the festive season. Flights with BA from Bangkok from £458 (ba.com).