When the tide comes in at Porlock Weir, everything changes. A welcoming committee gathers as the water snakes through the harbour lifting boats off the seabed, as children big and small wait impatiently to jump from the little bridge into the sea.

The whole place comes to life — as it has done ever since the 15th century.

This is where Exmoor spills into the Bristol Channel, about half-an-hour west of Minehead. A row of three cottages – known as the Gibraltar Cottages – stands guard between the hamlet and the sea, the latter accessed only after negotiating a shoreline made up not so much by shingles as mini-boulders. But your reward from the water is thrilling. 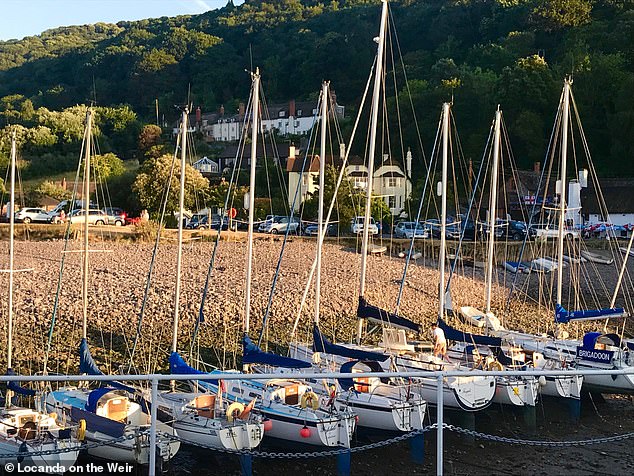 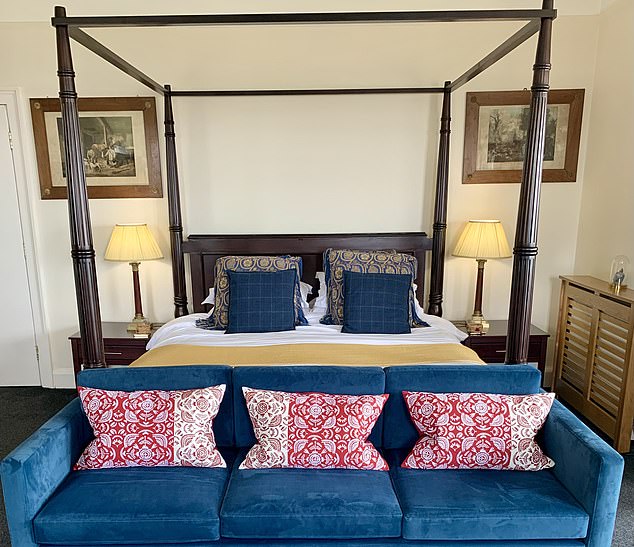 There are four bedrooms at the property, three of which face the sea

A steep, wooded hill rises from behind the old harbourmaster’s house and fishermen’s huts, and keeps rising until the heathered moorland takes over.

Locanda On The Weir stands back from the one main drag. It was bought five years ago by chef/patron Pio Catemario Di Quadri and Cindy Siu. They’ve done a terrific job with the styling by retaining many of the original features, including the most exquisite wooden shutters.

There are four bedrooms, three of which face the sea. Ours has mustard-coloured walls and an upholstered daybed. On the landing, there’s a help-yourself bookshelf and the staircase is lit by a huge Murano chandelier.

Drinks are served in a pretty drawing room, its walls full of original art — some traditional, some modern and some, well, off the wall. 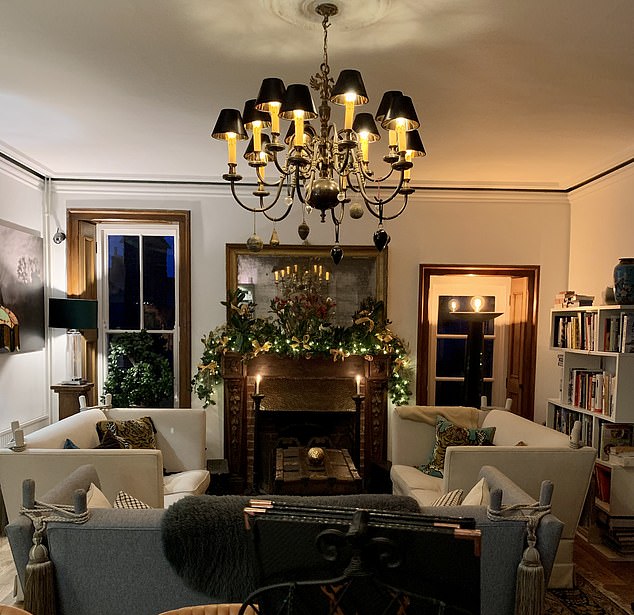 One of the communal rooms, complete with a fireplace and a large chandelier 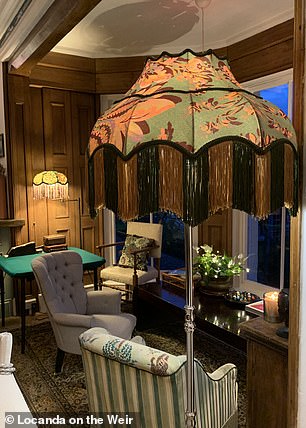 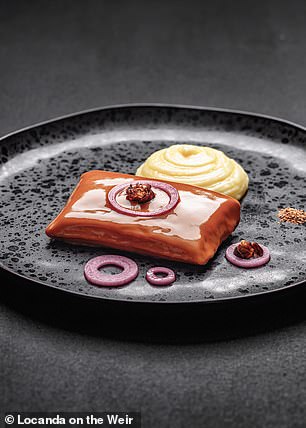 LEFT: The Inspector says the hotel’s owners have ‘done a terrific job with the styling by retaining many of the original features’. RIGHT: A four-course set dinner is served daily at 7.30pm with ‘each course beautifully presented’ 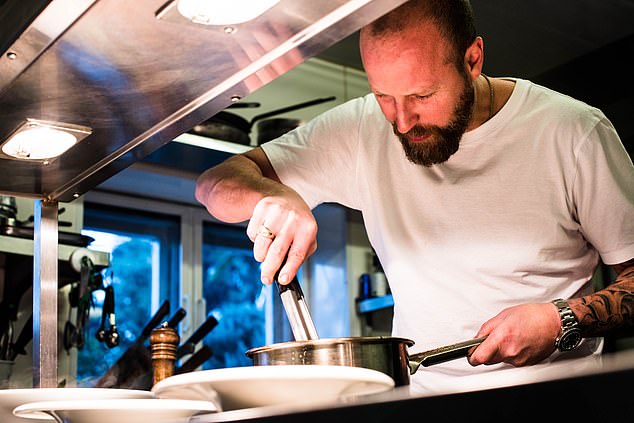 Our table is in one of the bay windows, from where we watch the action in the harbour. Later, we have terrible trouble getting the television to work, but Pio carries out some running repairs.

The next morning I go for a swim before breakfast and get talking to a man who also happens to be staying at Locanda.

‘We came here by chance five years ago and have been back every year since,’ he says.

I’m not surprised. See you next year.