Flight emergency: What it means when a plane 'squawks 7700'

Tina and Leslie Driver said the “enormous” jolts happened just 10 minutes into the delayed flight from Manchester Airport to Cape Verde on Monday. The pilot of the plane, destined for Cape Verde, told passengers there was a technical issue with the plane shortly afterwards and he sent an emergency 7700 code.

It hovered above the Peak District National Park for more than two hours before landing safely back at Manchester Airport.

“Kids were screaming and people were panicking, it was really scary,” Leslie, a care worker, said.

“When I saw how the two air hostesses looked at each other, I knew something wasn’t right.

“The turbulence was really bad, there was one really bad bit where everybody was thrown from their seats. The pilot and staff were fantastic, they told us what was happening and were going up and down the plane asking if people wanted water.” 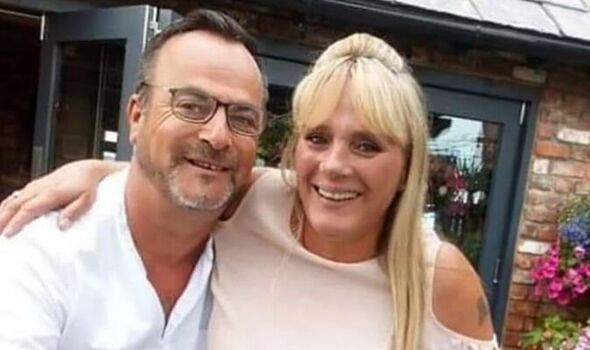 Leslie, from Woodchurch, Merseyside, continued: “We went through check-in and security completely fine, which was great considering all the queues in recent weeks. The plane was an hour delayed but everything was going smoothly.

“We got onto the plane and it was very warm, we were told by staff the plane had been to Turkey the night before and there was a problem with the air conditioning. They said once we had taken off it would be fine.

“After about 10 minutes of flying we heard two enormous bangs and when I looked out the window I saw something orange fly past. My wife thought it was a bird.

“Before we landed the pilot spoke again to say he had burnt the fuel and we would be able to do an emergency landing. He said because of this all the emergency services would be on the tarmac at Manchester Airport waiting for us.

“He said all the warning lights had come up on the plane.”

The emergency code was sent and eventually, the tourists were returned to Manchester, some 2,840 miles from the paradise island they’d hoped to reach.

Once passengers were off the plane, TUI apologised for the disruption.

In an email sent to passengers, the airline said: “We’re really sorry for the disruption to your flight today, we appreciate this will be disappointing. Your aircraft was serviceable and took off as expected, however shortly into your flight the captain encountered a technical issue with the aircraft.

“The safety of our customers and crew is paramount and he had to make the difficult decision to turn back to Manchester Airport. Due to landing restrictions, the captain had to circle the aircraft for some time to be able to burn fuel and land safely back into Manchester.”

TUI has now arranged an alternative aircraft for those still wanting to go on holiday. The passengers have been put into hotel accommodation and given a £15 voucher to use on refreshments at the airport.