Uganda’s tourism minister is under-fire for suggesting the country should showcase its ‘curvy women’ to attract more visitors.

Godfrey Kiwanda unveiled a new tourism campaign at a press conference attended by a bevy of curvaceous women in the African nation’s capital, Kampala.

Part of the plan is to market Ugandan women in a beauty pageant, Miss Curvy Uganda, to be held in June. 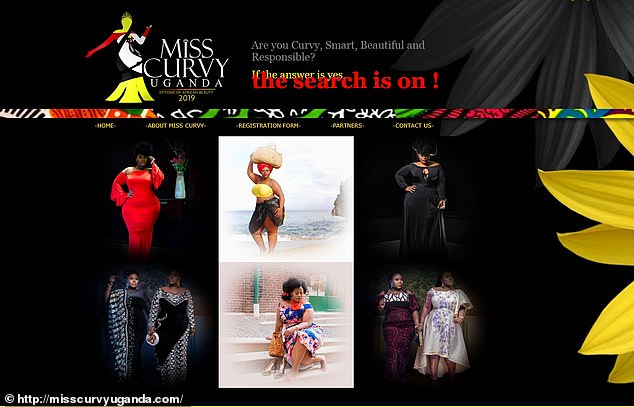 A screen grab showing the website for Miss Curvy Uganda. The country’s tourism minister is under-fire for suggesting the country should showcase its ‘curvy women’ to attract more visitors

‘Uganda is endowed with beautiful women. Their beauty is unique and diverse. That’s why we decided to use the unique beauty, the curves… to make this beauty a product to be marketed along with what we already have as a country ranging from nature, the language and food, to make it a tourist attraction,’ Kiwanda told AFP.

‘The winner of the Miss Curvy contest was to be part of our tourism campaign brand using beauty as one other product of tourism.’

But Ugandan women were outraged at the proposal and have called for Kiwanda’s resignation.

Rita Aciro, executive director of the Uganda Women’s Network, told AFP: ‘This is perversion. To think women can be used as sex objects in this age and time is an absurdity and we condemn it.’

While Ugandan entrepreneur and activist Primrose Nyonyozi Murungi launched an online petition to stop the campaign, which she said was ‘totally unacceptable and demeaning to us’.

‘Women in Uganda have been attacked while on the streets. What happens now that the government is confirming a stereotype that women are sexual objects and can be touched regardless and more so made a product of tourism,’ she told AFP.

She said that if the campaign was not stopped immediately, the petitioners would take their case to court.

In addition to Kiwanda’s resignation, she has demanded an apology from the government.

Former opposition leader in parliament Winnie Kiiza told AFP the move came ‘at the time (when) women face fear and stigma in a male-dominated society’.

She said: ‘We have been outraged by this campaign that a government can parade curves of women as a tourist attraction.’ 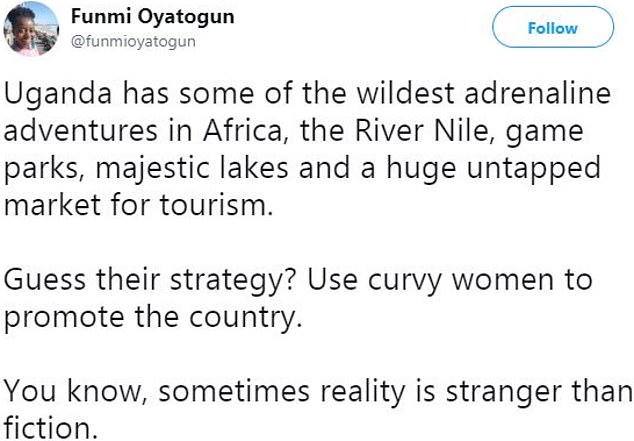 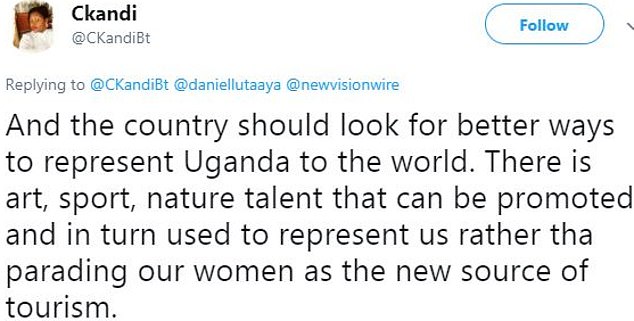 But many were also outraged on social media and wanted the authorities to cancel the Miss Curvy Uganda competition all together.

Mrs 007 wrote on Twitter: ‘In Uganda, curvy women are now tourist ‘products’ as if zoo animals. On a scale of 1-10, how stupid is your tourism minister?’

While Winnie wrote: ‘Will they put these women in a cage for the tourists to see?’

Funmi Oyatogun added on social media: ‘Uganda has some of the wildest adrenaline adventures in Africa, the River Nile, game parks, majestic lakes and a huge untapped market for tourism. 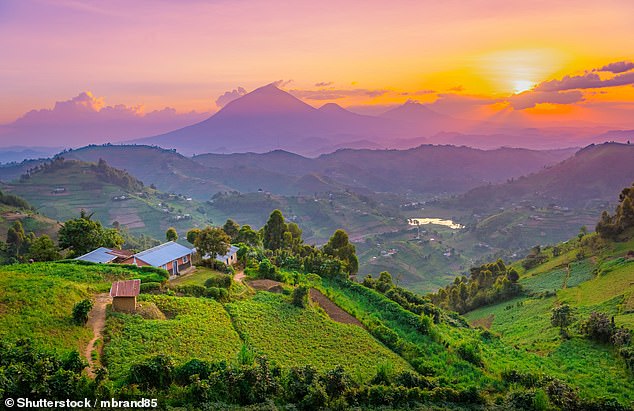 ‘Guess their strategy? Use curvy women to promote the country. You know, sometimes reality is stranger than fiction.’

While CKandi said: ‘The country should look for better ways to represent Uganda to the world.

‘There is art, sport, nature talent that can be promoted and in turn used to represent us rather than parading our women as the new source of tourism.’

Meanwhile the head of Uganda’s Anglican Church added that the pageant ‘is a disgusting display of exploitation and brings shame upon our families and our country’.

Kiwanda, trying to stem the anger, insisted the campaign was not aimed at demeaning women.

He explained: ‘Diverse as we are as a country we have a message to put out there about the different curves our women have, which we believe is a tourism attraction.’

Many tourists visit Uganda – located in the heart of Africa – to see its wildlife. It has the largest population of gorillas and more species of birds per square kilometre than anywhere else in the world.