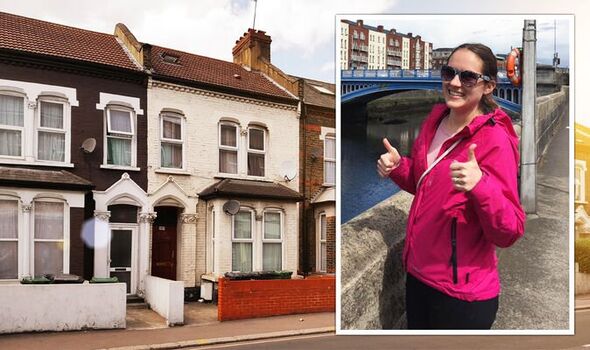 Kayln Franke is a US expat in the UK, moving after being fascinated with Britain in her youth and coming to study at university in the country.

She now lives in the UK with her British husband, Guy.

Kayln even wrote a book on the experience of moving from the US to the UK, Girl Gone London: An American’s Guide to Surviving Life in the UK.

The expat spoke with Express.co.uk about the move and detailed some of the most shocking differences between life in the UK and the US.

Kayln said “there are two that come to mind.”

Kayln praised the public transport in the UK, saying it is much easier to get around than in her hometown in the US.

She said: “The first is how easy it is to get places in the UK by public transportation, and not just on trains but on buses even in rural areas.

“Where I’m from outside of Orlando, public transportation is hardly existent and you pretty much don’t have much of a life if you don’t have a car.

“In many places in the UK, even outside of the major towns and cities, there are better connections to get you place to place or allow you to still participate in a social life if you don’t have a car.”

Another big shock for Kayln is the size of the property in the UK.

Homes are much, much smaller in the UK than in the US.

Kaylen said: “The second shock was the size of the houses.

“It makes total sense based on the landmass of both countries, but my house in the UK is smaller than my friend’s studio apartment in the US if that tells you anything.”

This means Britons are paying, on average, £366 per sq ft.

Kayln previously praised the NHS and the “lack of gun violence” in the UK.

She described the NHS as one of two “major wins” for the UK.

Kayln told Express.co.uk: “Life in the UK has a lot going for it, and the lack of gun violence and the NHS are two major wins that contribute to a better experience than in the US.”

Around 200,000 expats from Nothern America are thought to be living in the UK.