At an airport far far away you’ll find a Virgin Atlantic 747 that has been decked out with a jaw-dropping Star Wars paint job.

The jumbo jet is adorned with a huge Millennium Falcon and a Star Wars: Galaxy’s Edge logo that’s 144 feet from end to end. 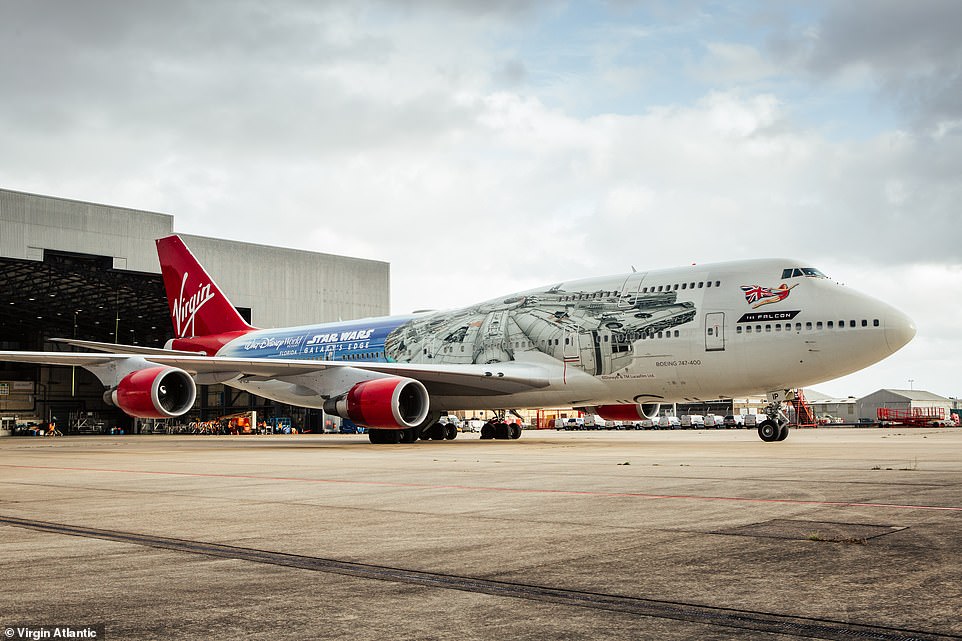 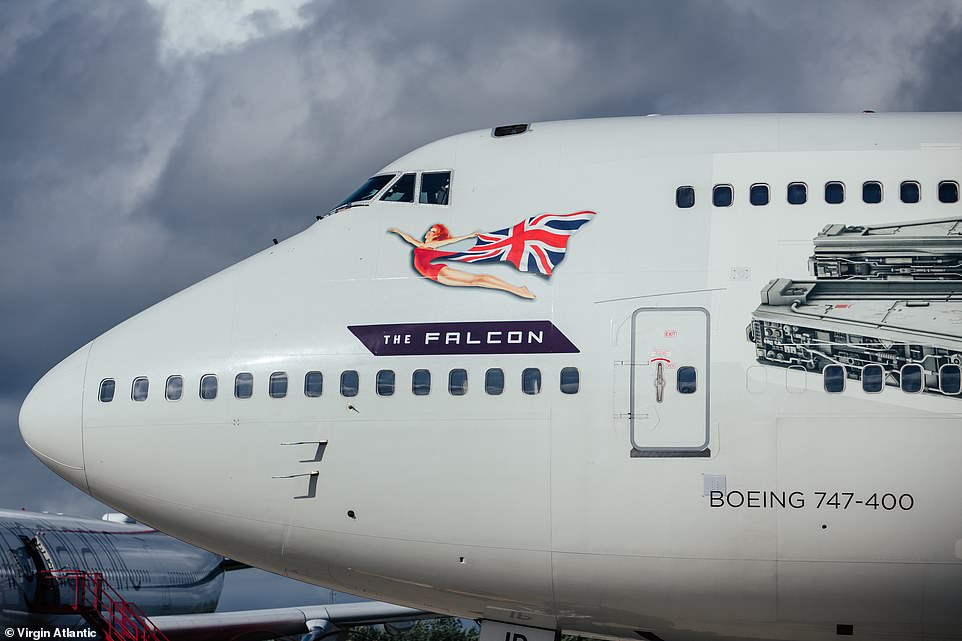 The themed plane is called The Falcon. The entire livery took weeks to produce and uses 14,000 millimetres of ink

The themed plane, called ‘The Falcon’, will transport holidaymakers from London Gatwick Airport to Orlando, Florida.

There they will be able to experience Star Wars: Galaxy’s Edge, which opened at Walt Disney World Resort last month.

‘Over the past three decades, we have taken millions of British holidaymakers to enjoy the magic of Disney and we know that so many of our customers have been excited about planning their trip to experience this new land. We hope those lucky enough to board The Falcon will enjoy their journey with us even more.’

Dave Napper, senior engineer at Virgin Atlantic, said: ‘It was a very exciting brief to be able to redesign our aircraft livery to represent something as iconic as the Millennium Falcon and it’s not something that you get to do every day.

‘We have many Star Wars fans within the company who jumped at the chance to get involved in some way, and we cannot wait to see The Falcon take flight.’ 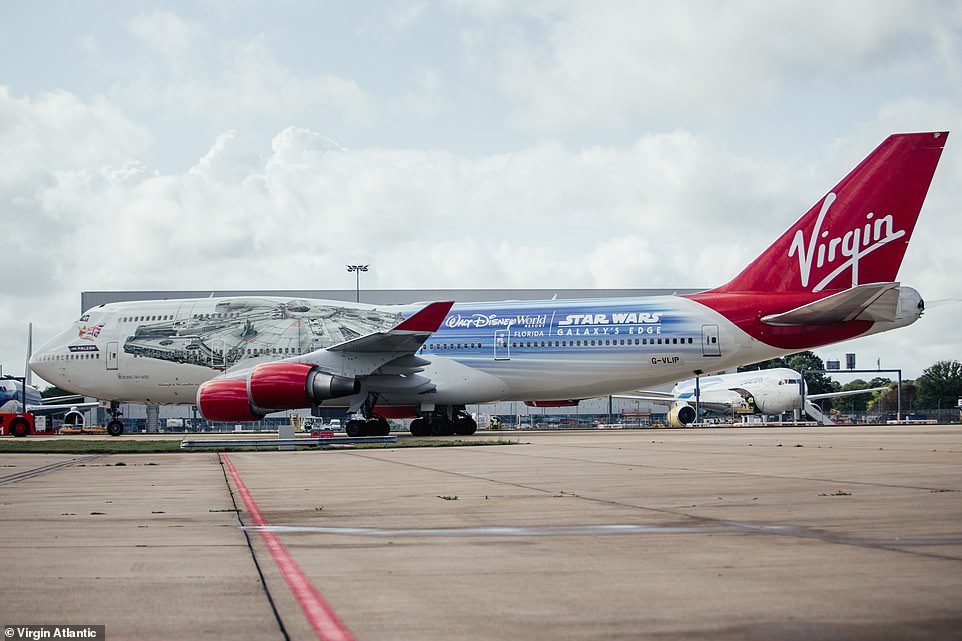 The aircraft will transport holidaymakers from London Gatwick Airport to Orlando, Florida, where they can visit Star Wars: Galaxy’s Edge at Walt Disney World Resort

As well as The Falcon official plane unveiling, Virgin Holidays has launched The Ultimate Virgin Holidays Star Wars Experience – a curated themed holiday experience to Walt Disney World Resort in Florida, which will take off between February 15 and 22, 2020.

The experience includes return flights from Gatwick to Orlando, access to Star Wars: Galaxy Edge an hour before the park opens, the chance to meet Star Wars characters, a Star Wars themed dinner with a Disney Imagineer and accommodation at a Walt Disney World resort hotel.

To celebrate the concept, the travel firm has launched a social media competition, encouraging members of the public who spot the plane to capture and share their images of it for the chance to win two seats on board The Ultimate Virgin Holidays Star Wars Experience.

The images need to be tagged with both Virgin Holidays and Virgin Atlantic and include #TheFalcon in the photo caption.

All entries received by Wednesday 9 October will be entered into a prize draw.

20 of the best travel films

The best cottages in the UK for summer 2020 and beyond

You are entitled to a refund for your canceled flight — even if the airline says you aren’t
We and our partners use cookies on this site to improve our service, perform analytics, personalize advertising, measure advertising performance, and remember website preferences.Ok