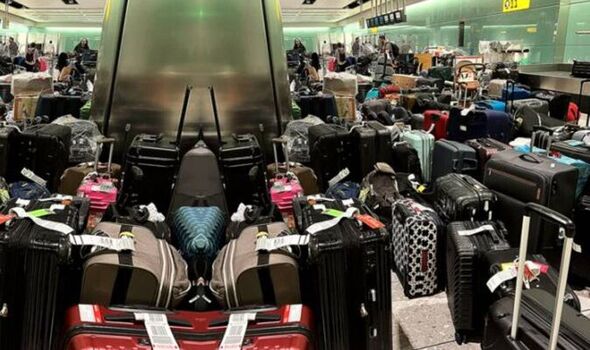 Lori Harito, 35, flew from Toronto to London via Montreal. But, after arriving, claims she was told by Air Canada that her bag had been lost.

Following a week of waiting for news, Lori took matters into her own hands, returning to Heathrow to spend hours rooting through a huge pile of luggage. But she could not find her own.

“It could take months before I’m reunited with my bag and there seems to be nothing I can do about it.”

Lori claims she later found out her case was put on the wrong flight to Heathrow when she changed at Montreal.

She has spent “a fortune” on clothes to wear since arriving in the UK, but says she has so far received only a £40 voucher from Air Canada for the lost items.