Called Origin, leisure travelers use its app to plan travel with the help of seven in-house travel agents — or “travel curators,” as the company refers to them — whose services are augmented by machine learning.

The technology, Origin co-founder and CEO Eli Bressert said, “superpowers” the humans. For instance, it helps the advisors recall nuanced preferences and only serves up necessary information, not the client’s entire profile.

The longer a traveler uses Origin, the better the technology gets to “know” them. The advisors then contextualize that information to plan trips.

“Machines have a pencil-thin focus, and humans have a really broad focus,” Bressert said. “So that combination of the two really gives you the best of both worlds.” 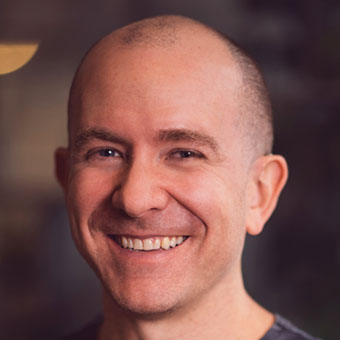 It’s called “human-in-the-loop machine learning,” according to Bressert. The machines make decisions but are assisted by humans whenever the answer is unclear. Every time a human gets involved, the technology gets smarter.

“On paper, it sounds like it’s simple, but in practice, unless you’ve done it before, it’s really, really hard to figure out,” Bressert said. “And that’s something that I’ve implemented before, and I know exactly what we’re doing now.”

Bressert was an astrophysicist in Australia, researching how stars form. He said he’s always enjoyed working on hard problems and essentially started automating himself out of his doctoral work through coding. That led him to Silicon Valley, where he held positions with Stitch Fix, Netflix and Apple.

While at Apple and working on problems related to personal assistant Siri, Bressert realized he didn’t have the time needed to invest in planning travel. He tried using a travel agent, and he was “underwhelmed,” he said. “Maybe I just got the wrong ones, but they just didn’t hit the mark for me, especially in the personalization component, and the technology component was definitely missing.”

He wanted a program that offered help from humans when the user wanted, and the ability to self-serve when they preferred. So, in 2019, he founded Origin, and he spent 2020 building mock trips for people, getting feedback and learning from the process. 2021 was a year of growth, with Origin recently raising $5 million in funding.

“After omicron, I’m pretty bullish that things are going to be very, very different compared to what it was in 2020 or 2021,” Bressert said.

Origin’s in-house team of agents has a collective resume populated with previous workplaces like Backroads, Mr. & Mrs. Smith and Abercrombie & Kent. They are supported by another group of employees who work on the technology side of the equation, supporting Origin’s consumer-facing app and its agent-facing technology.

Right now, Origin is an independent company, and its supply of travel products comes from a variety of places. It works with destination management companies and books air directly with an airline or with API provider Duffel, for example. Bressert said the company is also researching other supply sources.

Others have implemented similar concepts in leisure travel, like Kayak founder Paul English’s Lola. That product shifted to business travel, then payment technology and was eventually sold to Capital One.

But Bressert said he believes his professional history and specialties — combined with co-founder Tamar van de Paal, who has held positions with Nextdoor and Google — will set Origin apart.