The Norwegian Sun was travelling to Alaska’s Hubbard Glacier when the incident occurred. It entered an area of poor visibility.

The company cancelled the rest of the cruise and returned to the port at Juneau following the accident.

It said passengers would leave the cruise in Seattle as planned and the ship would have a safety assessment.

A spokesperson for Norwegian Cruise Line said: “On June 25, 2022 while transiting to Hubbard Glacier in Alaska, Norwegian Sun made contact with a growler.”

A growler is an iceberg of less than 6.6 feet that floats with less than 3.3 feet showing above water. 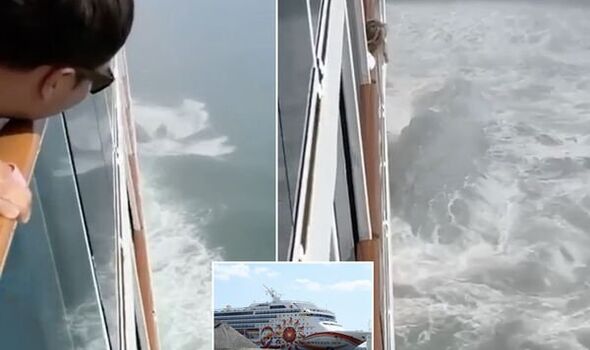 The spokesperson continued: “The ship sailed to Juneau, Alaska for further assessment where it was decided that the current voyage would be shortened.

“The ship was given clearance by the United States Coast Guard and other local maritime authorities to return to Seattle at reduced speed.

“All guests currently onboard will disembark in Seattle as originally planned. We are communicating with all impacted guests directly.

“Additional information will be provided as appropriate.”

One passenger told local outlet the Juneau Empire that it was a “scary experience.”

Alicia Amador said: “The whole boat came to a complete stop from the impact. It was a scary experience.”

She said there was a “big noise” on impact and said she had had a refund for the trip. 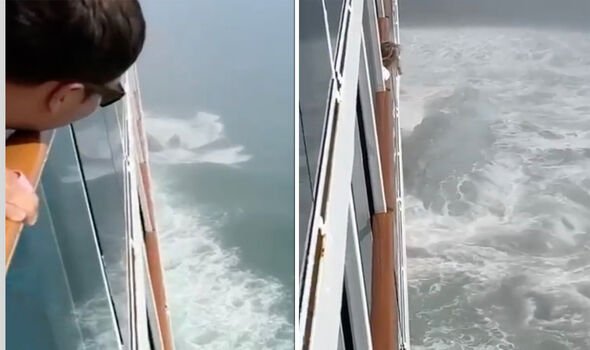 Chiron said ships wouldn’t usually get within 1,000 feet of glaciers but sometimes have impact with small breakaway pieces.

He said it wasn’t usual for a ship to change its course after such an incident and said Norwegian Cruise Lines seems to be operating with “an abundance of caution”.

Cruise ship crashes aren’t common although one of the world’s largest ships made headlines recently when it crashed into a dock.

Royal Caribbean’s Harmony of the Seas crashed into the dock at Falmouth port in Jamaica.

No passengers were injured in the collision although there was some damage to port infrastructure.

One person joked that the ship’s staff had forgotten to “put the handbrake on” before the collision.

Chiron said passengers travelling in the area of Alaska shouldn’t be alarmed as captains know what they are doing.

Every passenger on the Norwegian Cruise Lines trips is set to receive a refund for the cancelled voyage.