Cruise holidays have, in most cases, been on hold for over a year. Yet, as hopes for future travel mount, many cruise lines have detailed their plans to return to sailing.

Here are the latest updates for some big-name cruise operators.

Carnival Cruise Line has extended its suspension out of US ports until June 30, 2021.

Cruise holidays with the line are now set to return from July 2021.

Cruises out of Australia are suspended into August and September.

Christine Duffy, president of Carnival Cruise Line stated: “We continue to work on plans to resume operations and are encouraged by the focus to expedite vaccine production and distribution which are having a demonstrated impact on improving public health.

“We appreciate the support of all of our guests, employees and trade partners who we know are looking forward to our return.”

Guests can select from a refund credit not or a full refund of the amount paid. 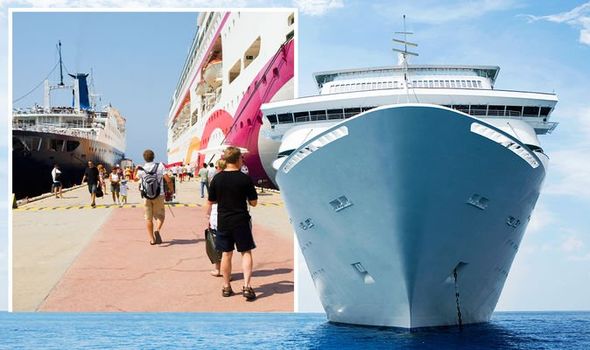 Celebrity Cruises will resume operations from June 2021, with some domestic sailings set to depart from the UK.

Celebrity Silhouette cruises will return from Southampton as of July 3.

Sailings out of the US are suspended until June 30.

Cunard is to return to sailing from July, offering UK domestic cruises on its Queen Elizabeth ship.

“With the UK Government confirming that domestic travel is close on the horizon, we are introducing a series of exciting, shorter duration holidays for British residents looking for the perfect staycation in Cunard luxury this summer,” said Simon Palethorpe, president of Cunard.

“These will be sailings from Southampton, for UK residents, around the UK and will make the very most of the summer sunshine.”

Voyages will run between July and October 2020 lasting between three and 12 nights.

Journeys will span notable scenic views around the UK, including the Jurassic Coast and Scotland. Four voyages will include port calls including Liverpool, Greenock, Invergordon, Belfast and Newcastle.

Disney Cruise Line updated its advisory and has suspended all US cruises through June 30, 2021.

However, in a boost for Britons, the cruise line has unveiled plans to offer UK domestic sailings throughout the summer.

Cruise line president President Thomas Mazloum said: “Our teams are bringing tremendous ingenuity and fun to these new cruises, tailoring them with care to the times we are living in, yet filling them with everything you’d expect from Disney, from great service and entertainment to immersive dining experiences and magic for the whole family.”

On its website, Marella explained the following cruises are cancelled: “Marella Cruises sailings due to depart on or before 30 June 2021.

“TUI River Cruises sailings on TUI Skyla due to depart on or before 27 June 2021.

“TUI River Cruises sailings on TUI Maya due to depart on or before 1 July 2021.

“TUI River Cruises sailings on TUI Isla due to depart on or before 31 October 2021.

Customers who are impacted by cancellations will be offered a full refund.

Marella adds: “We’ll work through bookings in departure date order to proactively contact you as soon as we can.”

Bookings are already open for journeys out of Southampton onboard the MSC Virtuosa.

“For cancelled cruises, guests who have paid in full may choose a 125 percent Future Cruise Credit or a refund,” explains the MSC Cruises website.

Guests can opt for a refund by contacting MSC directly. 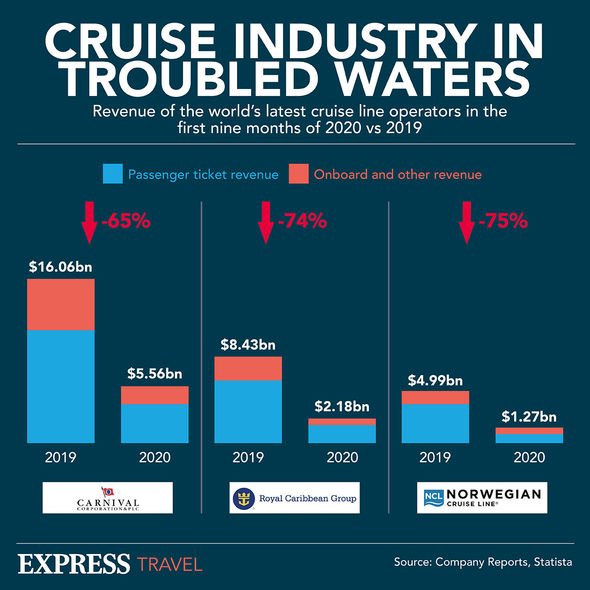 Norwegian Cruise Line has announced plans to resume operations outside of the US in the summer months.

Norwegian Jade cruises out of Athens will depart from July 25, Norwegian Gem cruises from the Dominican Republic will resume August 7 and Norwegian Joy cruises will depart Jamaica on August 7.

On its website, Norwegian Cruise Line explained: “Guests who had an active reservation on a suspended cruise will automatically receive a refund of their cruise fare in the original form of payment for the amount paid by June 1.

“Additionally, a 10 percent off coupon will be automatically added to the guest’s account, if the guest has not already received one for a previously cancelled sailing or an account that currently has a 10 percent coupon.

“For affected reservations paid via a previously issued Future Cruise Credit, the full value of the FCC used will be re-applied to the guest’s Latitudes account within seven days.

“This is done automatically, and no further action is required on the guest or travel advisor’s part.”

P&O Cruises has been forced to cancel a number of its initially planned cruises.

In a statement on its website, the cruise line explained: “We are sorry to announce that cruises on Arcadia, Aurora, Azura and Ventura have been cancelled until the end of August 2021 and on Britannia and Iona until late September 2021.”

However, P&O Cruises is set to launch some coastal UK sailings in the summer months.

P&O Cruises president Paul Ludlow said: “Following recent Government announcements and as the vaccine programme is rolled out across the globe we can all begin to feel a sense of reassurance and hope that this current lockdown period in the UK will come to an end. Life can, we hope, slowly return to some semblance of our previous normality as hospitality opens up and summer holidays can be booked with confidence.

“Whilst holidays here in the UK will be the first to become a reality we will, of course, gradually see the return of international travel but first we want guests to be able to enjoy a proper summer holiday at sea with the best in relaxation, entertainment and dining choice.

“These sailings will leave from our home port in Southampton and sail around UK coastal waters enjoying the summer sunshine.”

Britannia will offer three and four-night breaks and one six-night holiday running from June 27, 2021, through to September 19, 2021.

Iona offers seven-night itineraries running from August 7, 2021, to September 18, 2021. Prices start from £449 per person for a three-night break on Britannia. Iona’s seven-night maiden voyage starts from £1,199 per person.

Princess Cruises has outlined plans to resume some cruises from June 30, though this will depend on travel restrictions at the time.

It has set out a variety of restart dates spanning the summer, depending on the ship and its departure port.

A statement on the company website reads: “In continued response to the impact of the COVID-19 global outbreak and the recent order from the United States Centers for Disease Control (CDC), Princess Cruises is cancelling all voyages through June 30, 2020.

“The cruise line had previously announced a voluntary pause for two months (60 days), impacting voyages departing March 12 to May 10, 2020.”

Royal Caribbean has announced it will launch a UK domestic cruise out of Southampton from July 7.

Cruises will take place onboard the Anthem of the Seas.

The first voyage will be for four nights and then from July 15.

It will then offer cruises spanning five to eight nights, with port calls including Liverpool and Belfast.

Other global operations vary, with plans to resume sailings from Cyprus in July and from Bermuda in late June.

Customers impacted by cancelled cruises are able to receive a full refund, a future cruise credit that comes with a 25 percent bonus, or the option to “lift and shift” their holiday to a new date.

Saga Cruises has announced plans to return to sailing with a series of UK domestic itineraries.

However, guests will need to be fully vaccinated in order to travel.

Customers who are impacted by cancellations or delays will be contacted by the cruise line to discuss their options.

Virgin Voyages has cancelled all sailings on the Scarlet Lady ship through September 17, 2021.

However, the Richard-Branson owned cruise line is set to operate UK sailings from August.

Passengers will be required to show proof they have been fully vaccinated in order to travel.