On Saturday, after a 17-month delay due to the Covid-19 pandemic, Tauck was finally scheduled to christen the Andorinha, its first river-cruise vessel on Portugal’s Douro River.

Jennifer Tombaugh, president of Tauck, and Sharyn Cannon, Tauck’s chief culture officer, were to serve as the ship’s co-godmothers, and the ceremony was to take place in the Portuguese village of Barca de Alva and marked another milestone in return to the rivers for Tauck, which resumed operations Aug. 1.

The launch comes at a time when Tauck is seeing the strongest advance booking rates in the company’s almost century of operations.

Details of the Andorinha river ship

The ship is named after a native species of migratory swallows that
return to Portugal each spring. The small birds represent fidelity and
home in local culture.

In an interview, Tombaugh said that Tauck’s ethos is “small is big,” offering Andorinha’s 84 guests — an estimated 33% fewer than similar purpose-built Douro ships — more space and personalized attention on the vessel, with suites up to 300 square feet. The passenger count also allows for a high crew-to-guest ratio, which includes the cruise director and three Tauck Director guides.

And while the company’s emphasis is still on service and overall experience, the Adorinha does feature special touches, including Portuguese azulejo tiles. Its restaurant Arthur’s for the first time is located on the sun deck and uses hydraulic lifts that can rise and lower to accommodate the locks. 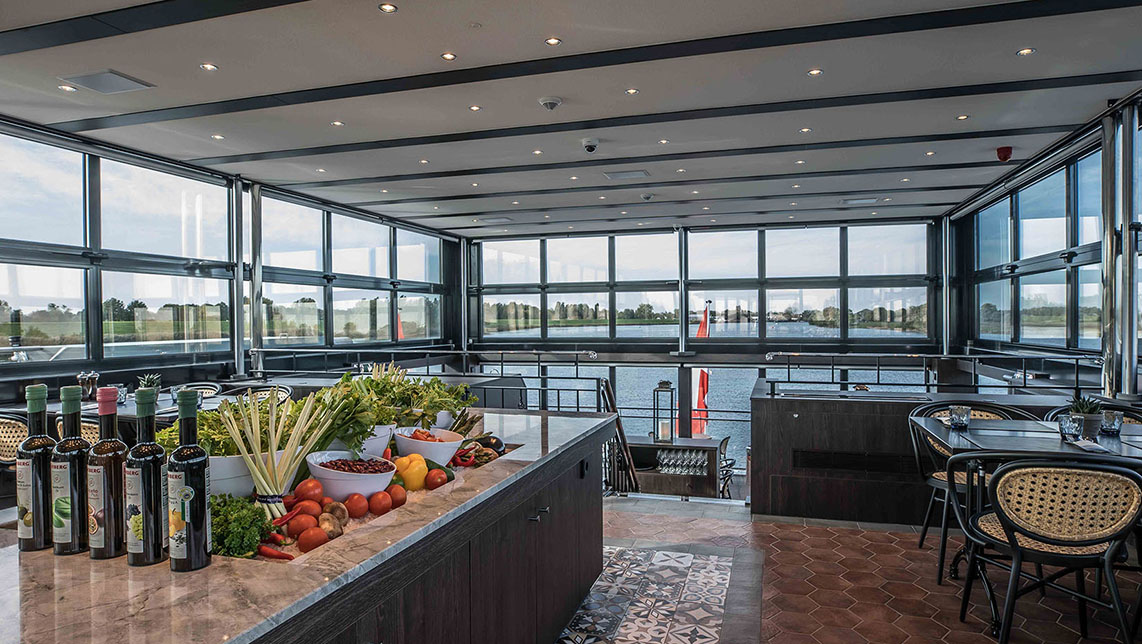 Leveraging 30 years of experience as a tour operator in Europe has helped Tauck establish a few special experiences on the Douro, including a farewell dinner at the 18th-century Queluz National Palace in Lisbon (known as the “Portuguese Versailles”), small vineyard visits and partnerships with local chefs. The small passenger size also enables guests to break into even smaller groups to experience, for example, a night out trying tapas at local bars in Madrid.

Godmothers honored for dedication to Tauck

As godmothers to the Andorinha, Tombaugh and Cannon were honored for their dedication to the company, having each spent at least 20 years with Tauck. “Jennifer and Sharyn are the embodiment of Tauck’s ethos of caring for others, which has been the cornerstone of Tauck’s success for 96 years,” Tauck CEO Dan Mahar said in a press release. 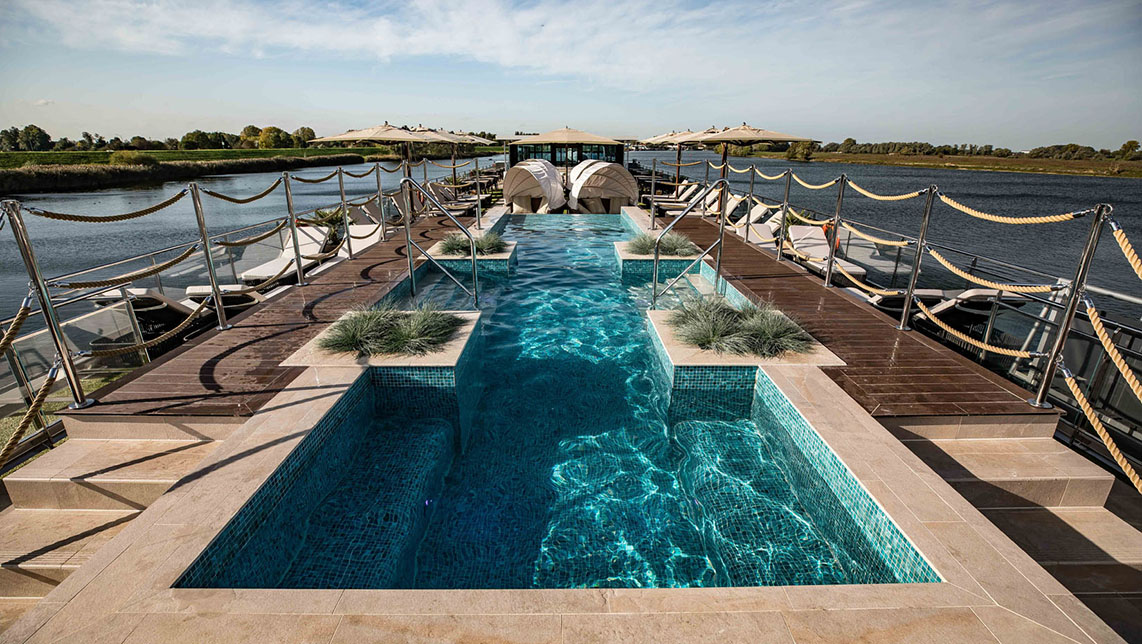 “After such a long pause in travel and with the disruptions in all of our lives, the launch of the Andorinha and the start of our journeys on the Douro take on a much deeper meaning of restart, renewal and rebirth,” Tombaugh said in a company statement. Cannon agreed, noting that “in Portuguese culture the andorinha symbolizes love, loyalty and faithfulness, and I can’t think of a greater symbol for these times, for our employees and for our guests.”

The Andorinha currently is sailing two itineraries: a seven-night Douro sailing, and a 12-day itinerary that includes a seven-night Douro cruise with two-night hotel stays in Lisbon and Madrid. In 2022, Tauck’s family program, Tauck Bridges, will debut Douro Discovery, a weeklong sailing in Portugal designed for families.