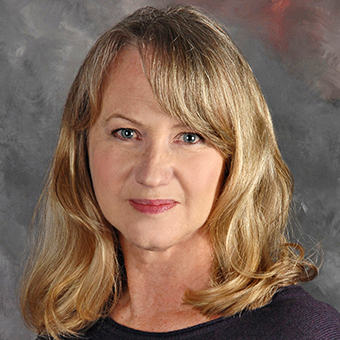 Pretty much ever since we broke free from Britain’s rule all those years ago, we’ve been itching to get back there for vacation — in fact, the destination has hovered near or at the top of most popular destinations for Americans for generations.

If London is on your clients’ wish list — now that travel restrictions have eased — here’s just a sampling of reasons to get excited about taking that long-postponed trip across the Pond.

Where to stay in London

New hotels in the city include The Guardsman Buckingham Gate, located, as its name implies, steps away from Buckingham Palace; the Mayfair Townhouse in central London; NoMad London, the brand’s first property outside of the U.S.; The Londoner from Edwardian Hotels London; and Pan Pacific London, from the Singaporean hotel group.

Where to eat in London

And while our grandparents might be surprised to hear it, London has evolved into a first-class foodie destination. New restaurants on the culinary scene include two Asian eateries, Mr Ji and Dimsum & Duck; Sonora Taqueria for Mexican fare; and Cue Point Ltd for barbecue.

Taking in the culture

London is synonymous with theater, and this year the Royal Albert Hall is marking its 150th anniversary with a “Summer of Love: Revisited” exhibition in honor of some of its most memorable performances, from the Beatles and Pink Floyd to Leonard Cohen and B.B. King.

Other theatrical events include “Monopoly,” an immersive production based on the classic board game, as well as “Moulin Rouge! The Musical,” slated for the fall.

Art buffs can get their fill of culture at a number of new exhibits, from the edgy “Art of Banksy,” the world’s largest Banksy collection, to the “Masterpieces From Buckingham Palace” exhibition at the Queen’s Gallery.

Love couture? The Fashion and Textile Museum’s “Beautiful People: The Boutique in 1960s Counterculture,” will take you back to the days when the colorful, gender-bender clothing in Chelsea’s boutiques influenced an entire generation. Meanwhile, at the V&A, “Alice: Curiouser and Curiouser” is a virtual reality exploration of the story’s 157-year history. Other exhibits on tap include “Van Gogh: The Immersive Experience,””Bags: Inside Out” and “Kaleidoscopic: Brightest Colours Ever.”

Meanwhile, plans are already underway to celebrate Queen Elizabeth’s Platinum Jubilee June 2-5, marking her 70 years on the throne. Events will include concerts and parades in the city and throughout the Commonwealth.

Finally, getting there is now a little easier, thanks to JetBlue, which launched its first transatlantic routes to Heathrow from New York JFK on Aug. 11, to be followed by a new route from JFK to Gatwick on Sept. 29.