Less known, however, is that in the early days of Epcot, a young Peter Quill, better known in the Marvel universe as the alter ego of Star-Lord in the “Guardians of the Galaxy” movies, also visited the park.

At least, that’s the backstory behind the park’s latest attraction and first roller coaster, Guardians of the Galaxy: Cosmic Rewind.

“We knew we wanted to bring the Guardians into Epcot, and then we had to find a way to do that,” said Imagineer Tom Fitzgerald. “Fortunately for us, we sort of discovered that in the first film, young Peter Quill was right about the age that he could have gone to Epcot.”

Not only did he go to Epcot in the 1980s, the story goes, but “he loved it,” Fitzgerald said. So when the people of Xandar, a planet Quill helps save from annihilation in the film, decide to send a traveling exhibit about Xandarian culture and history into the galaxy, Quill knew exactly where to send it. 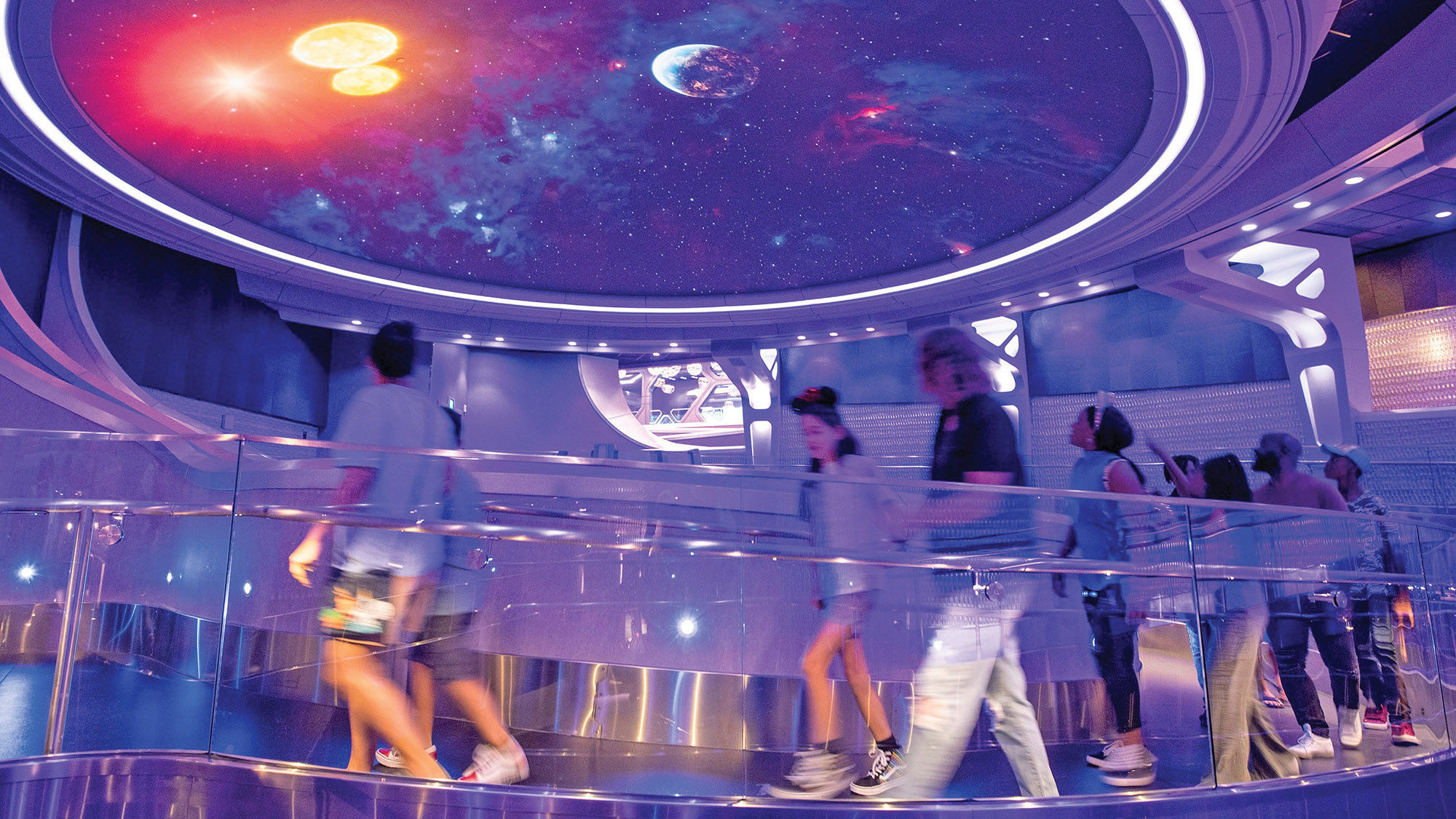 Fitzgerald, co-director of the new coaster, fittingly started his Imagineering career on the Epcot project more than 40 years ago. His self-professed fondness for the park shows in the ride’s details, with the first act, he said, including talk about the Big Bang and urban design. “I think we do a lot of real science and real Epcotian storytelling here.”

The attraction first leads riders through the Galaxarium, a planetarium-like room that focuses on the similarities between Earth and Xandar. They then enter the Xandar Gallery, showcasing the planet’s history and culture, with several references to Epcot itself. Other rooms give riders the rest of the story, and like in most attractions, something goes horribly wrong. They’re then off on one of the world’s longest indoor coasters. 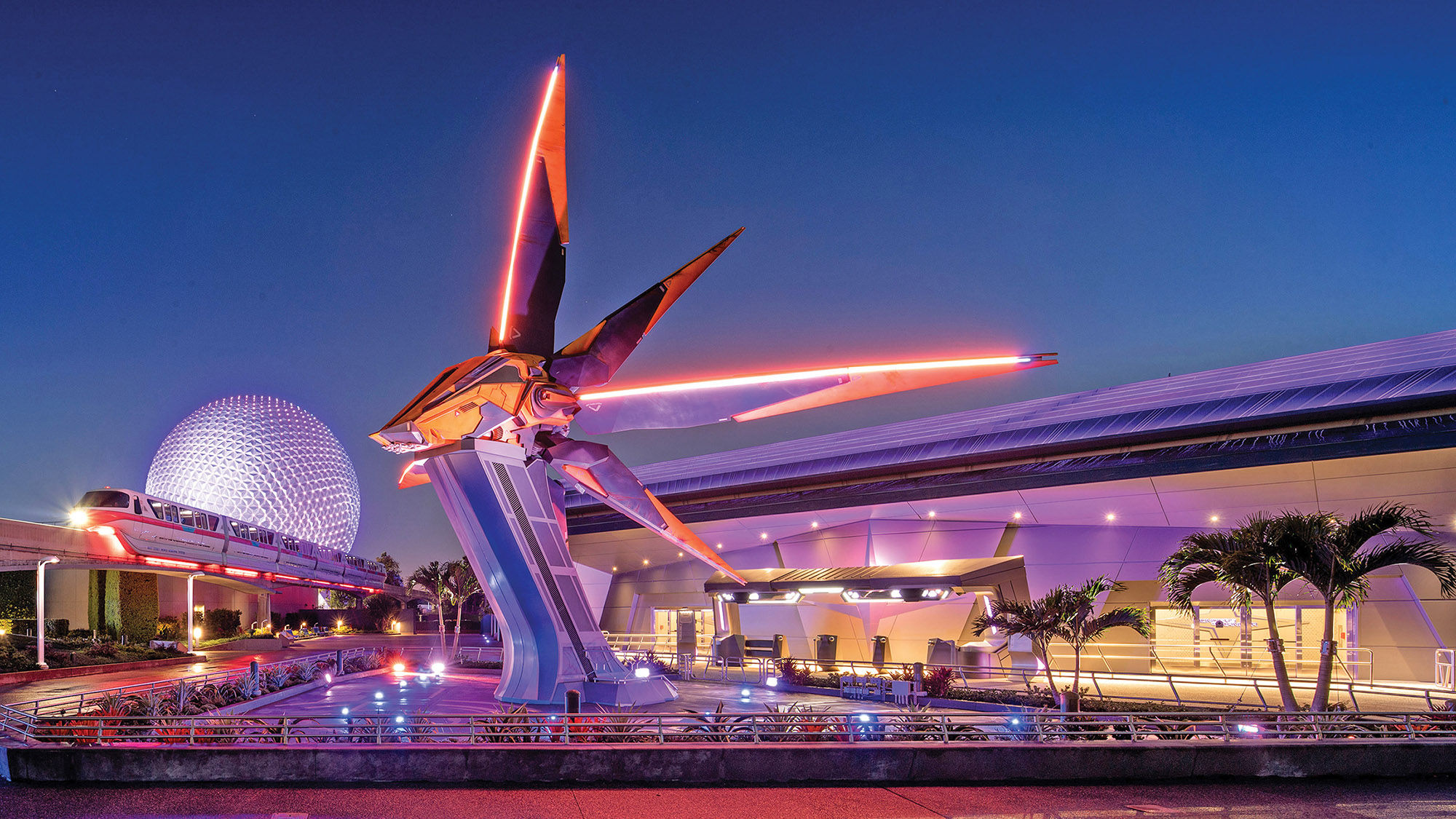 Travel Weekly’s Jamie Biesiada takes a first breathtaking ride on Guardians of the Galaxy: Cosmic Rewind, Epcot’s first roller coaster and Disney’s first reverse-launch coaster. It opens to the public at the end of the month.

It’s all housed in the Wonders of Xandar Pavilion (formerly the Universe of Energy), which Disney calls the “first ‘other-world’ showcase pavilion at Epcot.” It’s a neat way to introduce the Marvel franchise to Epcot and pay homage to the park’s legacy of celebrating science, innovation and learning.

“We had a chance to plant a lot of Easter eggs,” Fitzgerald said. “So if you’re a Walt Disney World fan, an Epcot fan, a Guardians fan, a coaster fan, there’s all sorts of stuff that we’ve put in here for you so that each time you come back, you can discover something new.”

For instance, in the Xandar Gallery, a video features Walt Disney himself explaining the Epcot concept. Later, clips of Quill being interviewed on a Xandarian news program shout out Epcot attractions of old, like Horizons.

“It’s a big attraction,” Fitzgerald said. “And I think there are some big themes that are buried within here. How similar we all are versus how different we are and also the wonders of our world, their world, the galaxies that we live in. … And it’s a reminder, which is I think a lot of what Epcot’s about, to remind you of big ideas, big themes and that we’re all in it together.”