It’s wintertime in Hawaii, which means the big surf is pumping throughout the islands. People come from all over the world to be a part of it—some to actually surf it, some to watch. For those visiting the islands this winter, here’s the basic breakdown of where to see some of the biggest waves.

Note: Conditions can be very dangerous, so please use caution and never turn your back to the ocean.

Oahu is the crown jewel of surfing in Hawaii, its shores loaded with world-class big wave breaks. It is here that you can feel the thundering power of the waves beneath your feet as you watch from the safety of the sand. What makes the North Shore of Oahu so unique is how spectator friendly it is, the breaks all relatively close to shore.

Along the North Shore, three stand out from the rest: Pipeline, Sunset Beach and Waimea Bay, all of which host competitions throughout the winter, such as the Vans Triple Crown. Viewing is great from all three of these beaches, with long stretches of golden sand and a laid-back, cooler-next-to-your-beach-chair kind of vibe. Check locally when you arrive on the status of competitions. Most are scheduled to take place within a window of dates and are dependent upon the conditions.

Also, don’t forget about Makaha on the west side. It also breaks during the winter and comes with much less fanfare than the North Shore, making it an appealing destination for those looking for something offbeat. Oahu’s west side is made up of tight-knit Hawaiian communities and Makaha beach is one of its shining stars. 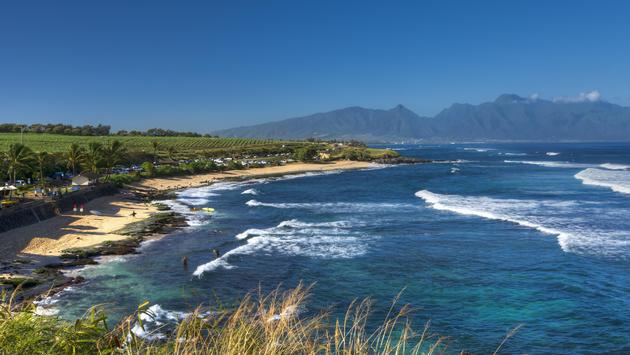 Even if you’re not a surf enthusiast, you’ve probably heard of Maui’s most famous break on its north shore: Jaws (known locally as Peahi). When it breaks, its waves can soar up more than 50 feet, creating a truly unforgettable and shocking display of power. You’ll need a four-wheel-drive vehicle to access the viewing area—and even then it’s quite far offshore—so be sure to bring your binoculars.

More easily accessed is Hookipa, which is east of Paia. It breaks more consistently and has a nice, easy overlook from which to watch, as well as a small beach down below.

Over on the west side of the north shore, Honolua Bay is a world-class break that sends a buzz through the surf community whenever it goes off (its prowess was immortalized in William Finnegan’s Barbarian Days). Park on the dirt road leading to Lipoa Point for views of the bay and its break.

North of Honolua is Punalau Beach, sometimes called Windmills or Maui Pipeline. You’ll need a long-view lens or binoculars to get a good glimpse of the action, so it’s a good place for photographers.

The north shore of Kauai is one the roughest stretches of coast in Hawaii, so while it might not always be surfable, there is no shortage of big waves and breaks.

Hanalei Bay is a great place to start. Usually it’s a great beginner break, a good place to learn, but conditions during the winter can often bring bigger swells.

From there, head east from town along the north shore for more wild, remote breaks, like Kalihiwai Beach, Kahili Quarry Beach and Secret Beach near Kilauea. Head west from Hanalei and check out Tunnels and Kee Beach.

Depending on conditions, east side breaks can also get big during the winter, places like Kealia in Kapaa. 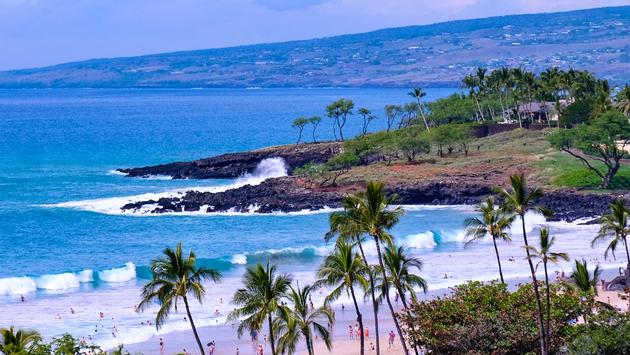 Because the Big Island is the newest of the Hawaiian Islands (it’s still being formed by the eruptions) and still growing, it doesn’t have the sandy beaches or big breaks that go along with the other islands, and it’s not a destination for big-wave surfing. But, that doesn’t mean it’s devoid of big waves. Lighthouse in North Kohala and Hilo Breakwall can each get to more than 20 feet.