After months of speculation and uncertainty, light is being shed on the probable impact Brexit will have on travel for UK citizens.

If the EU withdrawal agreement is accepted in the parliamentary vote on 14 January 2019, nearly all of EU law would continue to apply to the UK during the transition period, including travel law and regulations, prior to the UK leaving in 2020.

Britons must pay €7 to visit mainland Europe after Brexit

If it is rejected and the UK leaves the EU on 29 March 2019 without a deal, there are already plans in motion to keep the skies open and people moving. This includes the European commission’s no-deal contingency action plan, published on 19 December, with measures to temporarily ensure air services between the UK and EU.

In the event of no deal, here’s what we know so far:

The European commission confirmed last week that UK citizens would have to pay €7 for a travel permit, as part of the European Travel Information and Authorisation Scheme (Etias). It would be similar to the US Esta visa-waiver system: travellers will register their details and pay the fee in advance of travel (at least 72 hours prior to departure is advised), to obtain Etias authorisation, which is valid for three years.

For travel after 29 March, the government is recommending that UK travellers have at least six months left on their passports from the date of arrival in an EU country. If a 10-year adult passport was renewed before it expired, extra months may have been added, which would not count towards the required six months remaining – there’s an online tool already set up for checking validity. 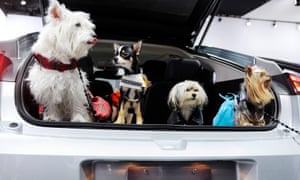 Pet passports are also likely to be affected. Under the EU Pet Travel Scheme, owners of dogs, cats and ferrets can currently travel with their animals to and from EU countries provided they hold a valid EU pet passport. A no-deal Brexit would result in owners needing to obtain different documentation from a vet, which is likely to be valid for 10 days after the date of issue for entry into the EU, and for four months of onward travel. Health certificates would be required for each trip, with vets ensuring the animal has a microchip and rabies vaccination, 21 days in advance of any trip. In a worst-case scenario, pet owners would be required to discuss travel with a vet at least four months in advance of any departure.

UK-registered European health insurance cards (Ehic) currently cover pre-existing medical conditions, as well as emergency care if you have an accident or become ill on holiday. A House of Lords report in March 2018 said: “In the absence of an agreement on future relations that covers this topic, the rights currently enjoyed by 27 million UK citizens, thanks to the Ehic, will cease after Brexit.”

Emergency measures may be put in place to agree reciprocal deals with individual EU countries and the government is currently proposing a new law to implement this but the outcome is still uncertain. There are also many non-EU countries where UK citizens already receive reciprocal healthcare, including New Zealand and Australia.

Without Ehic, purchasing insurance with suitable emergency cover on the policy will be key. For those with pre-existing conditions, including diabetes, heart disease and cancer, specialist insurance would be required. This could include lengthier processes of medical screening, personal questionnaires and costlier premiums. It is worth consulting comparison sites (such as Medical Travel Compared), checking the cost of single-entry policies against annual cover, plus specialist insurers such as Staysure*, Avanti, MIA Online, Orbis, Global Travel Insurance and World First. 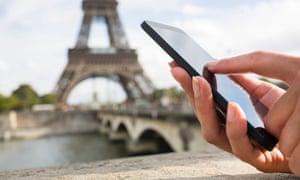 Currently, the cost of making calls, sending texts and using mobile internet is the same in the EU as it is in the UK. In a no-deal scenario, the costs that EU mobile operators would be able to charge UK operators for providing roaming services would no longer be regulated, and therefore free roaming in the EU won’t be guaranteed. However, some providers, including O2, EE, Three, Vodafone and Tesco Mobile, have said they will continue to offer free data roaming in the EU. The UK government has also said it would legislate to ensure mobile operators apply a financial limit on data usage while abroad, at £45 per monthly billing period, and alerts at 80% and 100% data usage.

Even in a no-deal scenario, the European commission has said that UK airlines would still be able to operate flights between the UK and the EU. To back this up, it released its contingency plan for areas where a no-deal scenario would create major disruption for citizens and businesses, including financial services, air transport, customs and climate policy, among the 14 temporary “preparedness measures”. It aims only to “ensure basic connectivity” and will not be able to replicate the advantages of EU membership (and the Single European Sky).

Two of these measures aim to “avoid full interruption of air traffic between the EU and the UK in the event of no deal”. The first proposes a regulation to ensure the provision of “certain air services between the UK and EU” (including scheduled and non-scheduled international passenger flights, flights across the territory and stopovers) for 12 months; the second would extend the validity of certain aviation safety licences for nine months (temporarily retaining automatic mutual recognition between the EU and UK).

Transport secretary Chris Grayling said that the government welcomed the proposals and would be studying them in greater detail over the coming days. He added: “Whether for business or leisure, travellers can continue to book with confidence.”

The action plan comes after several industry bodies called for a more solid and immediate aviation agreement to ensure skies remain open. These include the International Air Transport Association (Iata), which recently released a Brexit study (pdf) foreseeing issues with air territory access, safety and border management, and the European Regions Airline Association (pdf) (Eraa), which had warned of the “disastrous consequences” of a no-deal Brexit.

The UK government has offered similar assurances to the EC but its position is that [in a no-deal scenario], “the UK would envisage granting permission to EU airlines to continue to operate. We would expect EU countries to reciprocate in turn. It would not be in the interest of any EU country or the UK to restrict the choice of destinations that could be served, though, if such permissions are not granted, there could be disruption to some flights.” 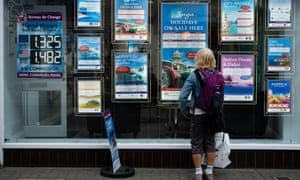 The Association of British Travel Agents (Abta) has said: “Europe is the number one destination people plan to travel to next year.” Given the EC plan, it too believes that flights will continue to operate between the UK and the EU, and so consumers should feel confident in booking travel for 2019, particularly with package holidays. “There is nothing to suggest that you will not be able to continue with your holiday plans after 29 March. Customers who book a package holiday with a UK travel company enjoy the most comprehensive consumer protection: if you book a package, your holiday will be protected under the Package Travel Regulations, so you have a right to a full refund if your holiday can no longer be provided.”

“The majority of our 120 travel specialist members (62%) are seeing an increase in bookings after March 2019 – or figures in line with the same period last year – and long-haul destinations, such as South America, Africa and Asia, are seeing a boom,” says Kate Kenward, Aito’s executive director. “Booking with a specialist travel company remains popular, mainly because most consumers now know that if you buy a package holiday, you are Brexit-proofing your holiday.”

Although many companies in the travel industry have previously suggested that they are confident a deal will be done, most appear to be waiting for further clarity before stating precise plans, alongside continuing to lobby for a fair agreement.

However, some airlines appear less confident, including Thomas Cook, which has already updated its T&Cs (pdf) to state that there will be no “compensation, damages, expenses, costs, losses or any other amount of any description” due to “inability of Thomas Cook Airlines to operate flights as a result of the United Kingdom’s decision to leave the European Union”.

Amid the uncertainty, the euro to pound exchange rate has continued to fall this year, meaning that it is already more expensive for UK citizens to visit Europe. At 1.11 against the euro on 17 December, the pound hit its lowest in almost two years, after Theresa May’s decision to delay the parliamentary vote.

There are still some European locations where your money can go a little further. According to Which?’s recent world city survey, top-rated cities included Kraków, as the only city in Europe voted five stars for value for money, with a better zloty-to- pound exchange rate (£1 = 4.76 zloty); and Valencia, being far cheaper than Spain’s other major cities of Madrid and Barcelona.

The pound to dollar rate also suffered, with airport bureau de change offering less than $1 for £1. Cardiff airport, for example, was offering $0.97 for every £1 last week.

Drivers with a full UK driving licence don’t currently need an additional licence to rent a car or drive in the EU. However, International Driving Permits would be required if the UK left with no deal. Twelve-month permits (often required for those driving outside the EU), are issued via application through the Post Office, RAC or AA, along with a passport photo and £5.50 fee.