Brits flocking to the Adriatic coast this summer have booked more than one million overnight stays, trampling Dalmatian hotspots such as Dubrovnik, Split and the island of Hvar in particular. By contrast, Rijeka, further north in Kvarner Bay, is establishing itself as a destination for those seeking an alternative travel experience.

Croatia’s third-largest city is a shipbuilding port with indie attitude. Dubbed “Red Rijeka” for its left-leaning views, and “the city of music” for its pioneering punk, rock and rave sounds, this seaside citadel of 128,000 people has become “the last bastion of artistic freedom in Croatia,” according to Tea Tulić, a local author recently published in English. 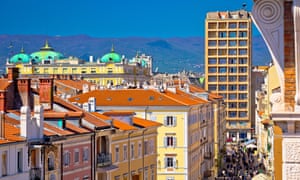 Following the city’s successful bid to become European Capital of Culture 2020 (along with Galway), there’s a buzz of activity as former industrial complexes are being transformed into art spaces and new bars and restaurants spring up alongside the city’s Austro-Hungarian palaces, Venetian townhouses, baroque cathedral, Roman fortress and Tito’s concrete curios. Yet this punkish, post-industrial city also has a dazzling seafront. After strolling along Korzo, a promenade lined with cafes, it’s only a 10-minute bus ride to swim off attractive pebble beaches with views of the Učka mountains and the island of Krk.

By Vlado Simcich Vava, guitarist with Laufer, one of Croatia’s biggest indie-rock acts of the 90s, known locally as the godfather of the Rijeka scene 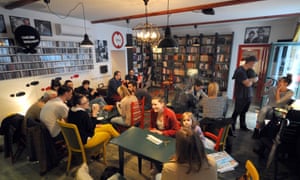 Because of its port, Rijeka has always been a melting pot of people and influences, giving the city its rock’n’roll edginess. Local band Paraf played the first punk gig in eastern Europe here in 1977, part of our influential punk-rock scene. Croatia’s leading anarchist outfit, Let3, hail from here, and they’re still going strong after 30 years. It says everything about our city’s independent spirit that former member Ivan Šarar is now general manager of Rijeka 2020.

I have to start with the club Palach, which opened in 1966 but was renamed in honour of the Czech anti-Soviet protestor Jan Palach in 1969. It’s an alternative heaven in three huge rooms tucked away in a city-centre courtyard splattered with street art. I was resident DJ for seven years. It hosts rock clinics for young musicians and biannual vinyl fairs.

Nemo Pub is a perch’n’sup bar with guest DJs and acoustic nights. Round the corner is Tunel, a dark, red-lit archway under the railway where students mingle; the indie vibe gives way to house at the weekend and gigs from trip-hop to Americana. It’s close to Club Crkva, a riverside shrine to electronica and techno. 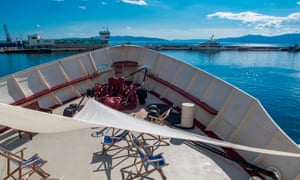 Rijeka also has a new breed of cafe-bar-clubs. I like Život, a doorway in what looks like an old shed across the street from Crkva. It has 80s decor and a mixed party playlist until dawn. The owner is the frontman of the hottest local band: Jonathan.

At the end of Korzo, behind the “skyscraper” said to have been financed by Al Capone’s accountant, is Dnevni Boravak, a cafe-bar filled with books and record covers. Former ferry Botel Marina in the harbour has bars linked by the original gangways. You can crash below deck in one of the cabin-rooms (doubles from £60, room only), too.

For parties in former factories, check the Molekula organisation, and walk up through the graffiti arcades of artist studios behind the Hotel Continental to find the big-stage venue Pogon Kulture in the Sušak district – it hosts our Impulse Festival. 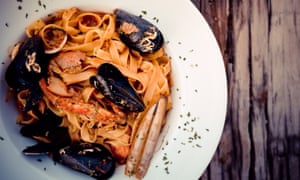 Rijeka cuisine is famous for seafood from Kvarner bay, cheese, Prsut ham, truffles, homemade pasta from the Istria peninsula; lamb fed on salty herbs from the islands of Pag, Cres and Krk; and meat, wild game and mushrooms and berries from Lika and Gorski Kotar.

At Maslina we offer a bistro menu along with gourmet pizzas (£6). Specialities include marinada – deep-fried fish marinated in onion and vinegar (£5) – and black risotto made with cuttlefish ink (£6).

A konoba is a Croatian tavern with a simple wood and stone interior and traditional food. Konoba Fiume (Ul Vatroslava Lisinskog 12, no website) is a classic seafood version beside the best fish market on the Adriatic. At Fiume, you ask, “What’s fresh today?” It could be squid, grouper, sea bass, served with the traditional side dish of blitva (chard mixed with potato). Prices are reasonable: from £7-£10 a portion. Fiume is the spirit of Rijeka.

Konoba na Kantunu is a classy konoba that features modern art and serves first-class white fish from the Adriatic, such as dentex and St Pierre (£30-£35 per kg). It has smart decking alongside the Mrtvi Kanal, in the shadow of Galeb, Tito’s rusty boat. The city has just received £8.3m of EU funding to renovate the boat. 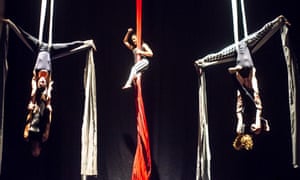 MMSU (Museum of Modern and Contemporary Art) and its little sister, Mali Salon, are at the forefront of the art scene here. The MMSU is in the city centre, just off Korso but it has also taken over a former industrial complex that will open in September with a major retrospective of Tomislav Gotovac, one of Croatia’s best-known performance artists and film-makers. Mali Salon looks directly onto Korso, next to the Radio Rijeka building. A new cultural initiative in Rijeka is Građani svom gradu (From the Citizens to their City); it organises all types of cultural events.

There are several organisations in Rijeka engaged in art activism. Drugo More runs Filodrammatica, also on Korzo, and Delta 5 is a group of artists based in the former factory Ivex, on the docks, with its graffiti tribute to the Clash. But the most radical art group in Rijeka is SIZ, its acronym taken from workers’ cooperatives of the socialist era. Featuring international artists, it uses the Kortil gallery on the ground floor of the skyscraper in Sušak.

The city has always had an anarchic side; we question all ideologies, even our own socialist past. Charlie, a well-known local artist and curator, used to run legendary trips to the socialist-run prison on nearby Goli Otok (Naked Island). He now has a beach bar, Morski Prasac, where crazy art happenings take place. ArtKino, near the bus station, has a diverse schedule, including elements of the Subversive, and Human Rights festivals. The HKD theatre in Sušak has a great repertoire and its annual International Small Scene Theatre Festival always conjures up a few gems. 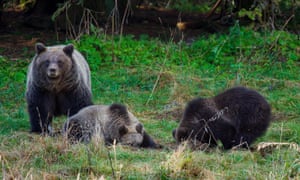 My conservation group runs the first urban garden in Rijeka, offering workshops about sustainability and gardening. I am hoping that Rijeka 2020 will include plans for “greening” the city. But one of the great things about Rijeka is that you can enjoy the sea and the mountains on the same day. Thirty minutes south of the city there’s a family-run vegetarian ethno-hotel called Hotel Balatura (doubles from £92, room only), which is a beautifully restored 300-year-old stone building in the lovely Vinodol valley.

The nature reserve Gorski Kotar is only 12 miles away. There you’ll find a forest, lakes, mountains and pretty little villages. The wildlife includes bears, wolves and the rare Balkan lynx. Rijeka is also a great base from which to explore the Kvarner islands. One of them, Cres, is a peaceful eco-island that’s a two-hour trip by bus and ferry from the city. I like to walk the trails through the Tramontana forest and the dry-stone labyrinths. 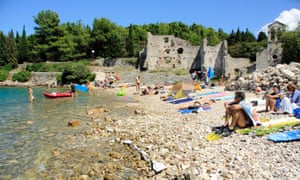 There are also Celtic tombs and Roman ruins. The Blue World Institute of Marine Research and Conservation in Veli Lošinj, the first of its kind in the Mediterranean, looks after bottled-nosed dolphins and loggerhead sea turtles, and you can take a spotting tour with them. It is on Lošinj, the next island, 90 minutes by bus via the narrow land link.

• The trip was provided by the Croatian National Tourist Board and the Grand Hotel Bonavia (doubles from £118 B&B), in Rijeka. Ryanair flies from Stansted to Rijeka twice weekly until 30 September 2017. Jet2 flies to Pula; it’s then possible to take a scenic bus (one hour and 15 minutes) to Rijeka through Istria. For more information on the city go to Visit Rijeka

MailOnline free-dives with the fearsome bull shark in Fiji

Only masked punters: Macau casinos reopen after coronavirus suspension
We and our partners use cookies on this site to improve our service, perform analytics, personalize advertising, measure advertising performance, and remember website preferences.Ok