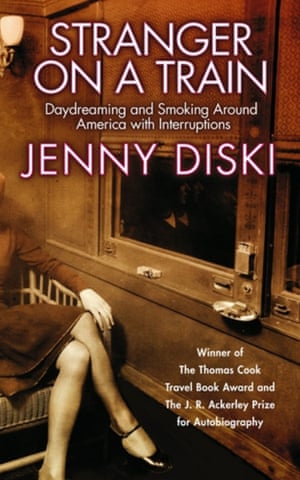 A personal favourite is Stranger on a Train, in which Jenny Diski attempts to replicate her youthful forays on London’s Circle Line tube on the reliably unreliable Amtrak, setting herself the unenviable task of travelling around the perimeter of the US by train. She does so not – as the nature or personal narrative writers du jour might, by describing the landscape, which is surely biblical in places – but almost exclusively through encounters with fellow travellers in the now long-extinct smoking carriage. It’s wonderful.
• Little, Brown, £9.99, available from the Guardian Bookshop for £8.79 inc UK p&p
Cornelia 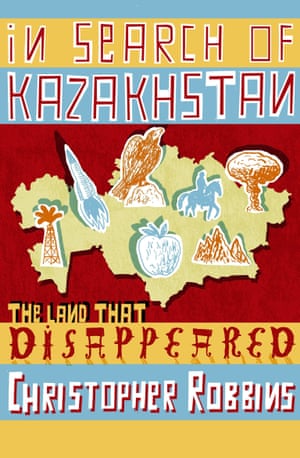 In Search of Kazakhstan: The Land that Disappeared by Christopher Robbins was a massive eye-opener for me. In 2012 I took a three-month placement as an ELT teacher trainer in a small town in western Kazakhstan. It was a fascinating experience. I lived in a hotel-cum-wedding palace as virtually the only guest and learnt much from the friendly hotel staff as well as from my students and colleagues. However, this book was indispensable in filling me in about the horrors perpetrated on this land and its people during the Soviet era. The sadness is balanced by a plethora of quirky and endearing facts and anecdotes. It’s a marvellous read for armchair travellers and intrepid adventurers alike.
• Profile, £10.99, available from the Guardian Bookshop for £9.67 inc UK p&p
Felicity Harwood

Readers’ tips competition: send a tip for a chance to win a £200 voucher

Every week we ask our readers for recommendations from their travels. A selection of tips will be featured online and may appear in print, and the best entry each week (as chosen by Tom Hall of Lonely Planet) wins a £200 voucher from hotels.com. To enter the latest competition visit the readers’ tips homepage 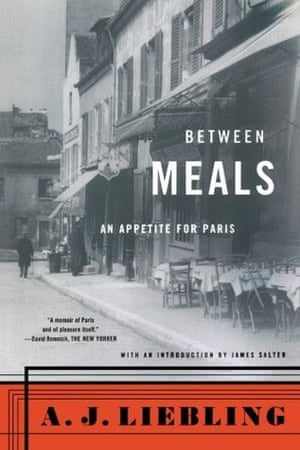 I guess it is only me who treats this as a travel book but I rarely visit Paris without a copy of Between Meals by AJ Leibling, a New York journalist who studied in Paris in the 1920s and described what he did between meals, which varied considerably in price and quality depending on how long it was since he’d last received his allowance from his parents. He recalls the opening of my favourite Paris restaurant, La Coupole, in 1927. He takes you down back streets to eateries that still exist today, 90 years later, and you can sit in a cafe fantasising that the guy eating his cassoulet or his poached trout is AJ himself.
• North Point, £12.99
Greg 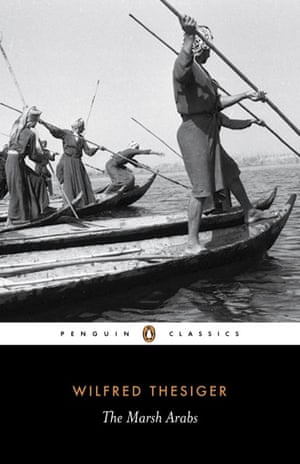 The best travel book I have ever read is The Marsh Arabs by Wilfred Thesiger, published in 1964. Never before had I felt so envious of the freedom afforded to men or to have lived in an earlier time. To roam alone, widely and without borders, to live in far flung places, became my ideal – an ideal that I have for the most part lived up to – but not, I fear, with quite the same abandonment that Thesiger describes. For in all my travels one eye is on the road but the other looks to my physical safety. I have, however, travelled widely and lived voraciously on many continents, in no small part inspired by the words of those who have gone before me.
• Penguin, £12.99, available from the Guardian Bookshop for £11.43 inc UK p&p
Victoria 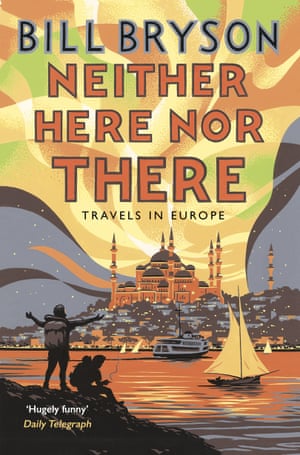 There are no gimmicks, just top travel writing in Neither Here Nor There by Bill Bryson. You feel like you’re in these places with Bill, even if you have never been there. I feel I’ve seen the northern lights in Hammerfest, I’m convinced I’ve been to Florence. I’ve done neither. Describing idiosyncrasies of places I have visited, though, ring so true. Is there a better line in modern travel writing than: “Romans park their cars the way I would park if I had just spilled a beaker of hydrochloric acid on my lap”? Inspired me to do my own trip across this amazing place (Europe) right on our doorstep, albeit with more zorbing and fewer churches.
• Transworld, £8.99, available from the Guardian Bookshop for £7.91 inc UK p&p
Antony T 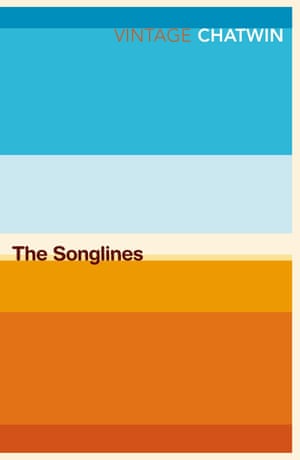 I’m about to leave for Australia, and Bruce Chatwin’s The Songlines provides a great window into travel in the outback and indigenous Australians. I expect this book will massively impact my view of the original custodians of the land. It challenges the western view point of borders and territories. According to Chatwin, in the indigenous culture territories are lines and routes which overlap and interlock, not blocks of land. Australia can at times feel like Europe with kangaroos, so it’s important to look at the cultural aspects which makes it different.
• Vintage, £10.99, available from the Guardian Bookshop for £9.67 inc UK p&p
Daniel Atkinson 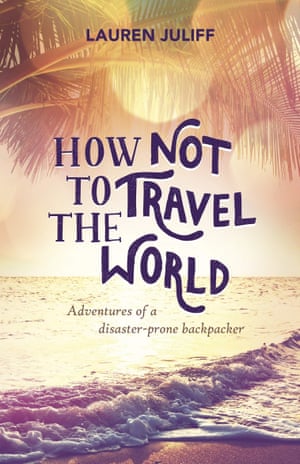 How Not to Travel the World by Lauren Juliff is an account of a shy, awkward and inexperienced traveller taking her first trip around the world. While the misadventures are amusing, the beauty of this book comes in the gradual change that comes about as she travels, discovers new places, new people, and herself. Anyone who has travelled will relate to parts of this book, and it’s comforting to read that we all make mistakes, but can learn and grow from them.
• Summersdale, £9.99
Matthew Scott 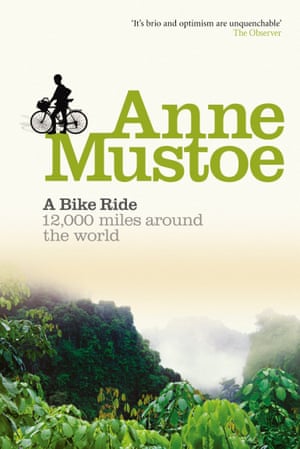 In 1986, headmistress Anne Mustoe retired from her job and bought a bicycle, with the simple aim of cycling around the world. Her book, A Bike Ride – 12,000 Miles Around the World, documents her journey but also traces the histories, people and places through which she travels. Mustoe’s writing is intelligent, informed and civilised; she is clearly interested in everyone she meets and everything she sees on her epic trip. She is also an inspiration for anyone who thinks they may have left it too late in life for an adventure – her advice, reiterated throughout the book, is simple – just GO!
• Ebury, £12.99, available from the Guardian Bookshop for £11.43 inc UK p&p
Jo Devine 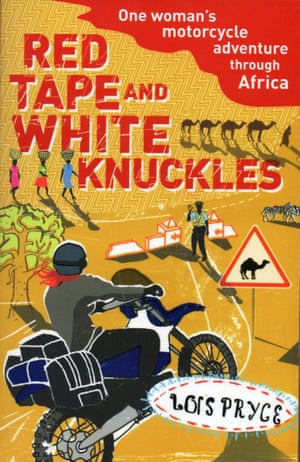 The most inspiring books for me have been those of Lois Pryce – such as Red Tape and White Knuckles and Revolutionary Ride – because travelling by motorbike has to be the best way of seeing and experiencing new places and people. As a woman approaching 60, I am looking forward to exploring South and North America, Australia and more of New Zealand.
• Cornerstone, £10.99, available from the Guardian Bookshop for £11.43 inc UK p&p
Jacki Cole

US on the backroads 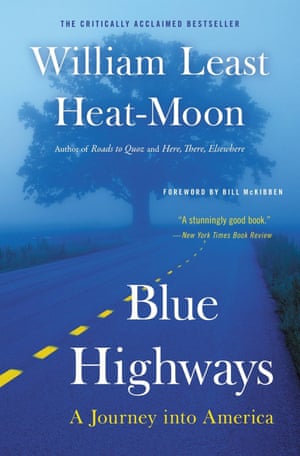 Before I, my wife and two teenagers set off on a coast-to-coast US road trip, we all read Blue Highways (published in 1982) and agreed to head down the backroads to discover real, off-the-beaten-track America. William Least Heat-Moon (what a name!) packed up his basic belongings into a battered old camper van in search of himself , individuals and communities in little villages with inspiring names like New Freedom and Simplicity, meeting tramps, mechanics, musicians and schoolteachers on the way. He wrote this great book as a celebration of carefree travelling, claiming: “When you travel, you are what you are, there and then. There are no yesterdays on the road”. How right he was.
• Vintage, £12.50, available from the Guardian Bookshop for £11 inc UK p&p
Bill

‘Race with the rains’, India 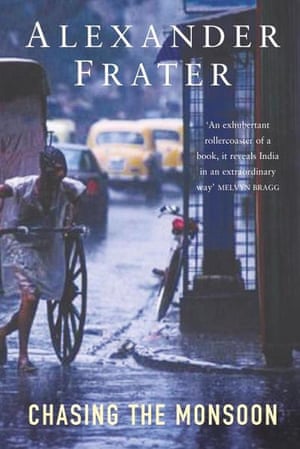 Chasing the Monsoon by Alexander Frater is the story of the astonishing phenomenon of the Indian summer monsoon. Frater captures the beauty of the monsoon from its arrival at Cape Comorin, at the tip of southern India, and its journey northwards through the subcontinent. It is “a race with the rains” as he describes the fluctuating fortunes and disasters of villages until his eventual arrival in Cherrapunju, Assam, the wettest place on Earth. It captures the beauty, the culture and unpredictable nature of India in what is an exuberant rollercoaster of a book. Travel writing at its best.
• Pan Macmillan, £9.99, available from the Guardian Bookshop for £8.79 inc UK p&p
Neil Edwards 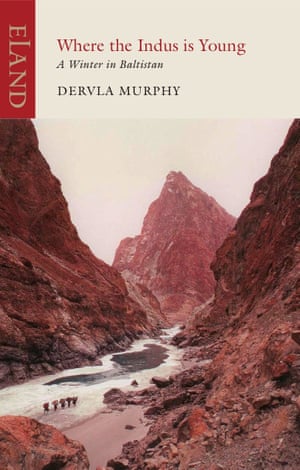 I have devoured most of Dervla Murphy’s books but my favourite by far is Where the Indus is Young. Murphy recounts her trip in the Karakoram mountains with her six-year-old daughter, Rachel. The level of detail in her writing added to the sense of real adventure make it gripping. Will they find food or a place to rest? Is the pass passable with a young child? Murphy really is an intrepid traveller and a true inspiration.
• Eland, £12.99
Jennie O’Hara 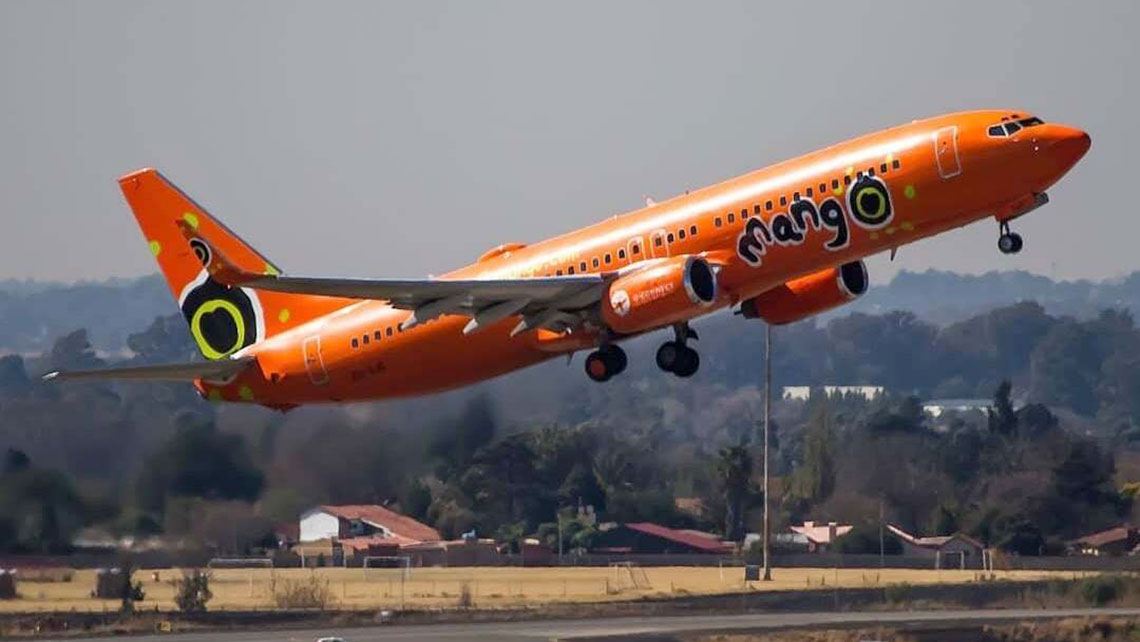 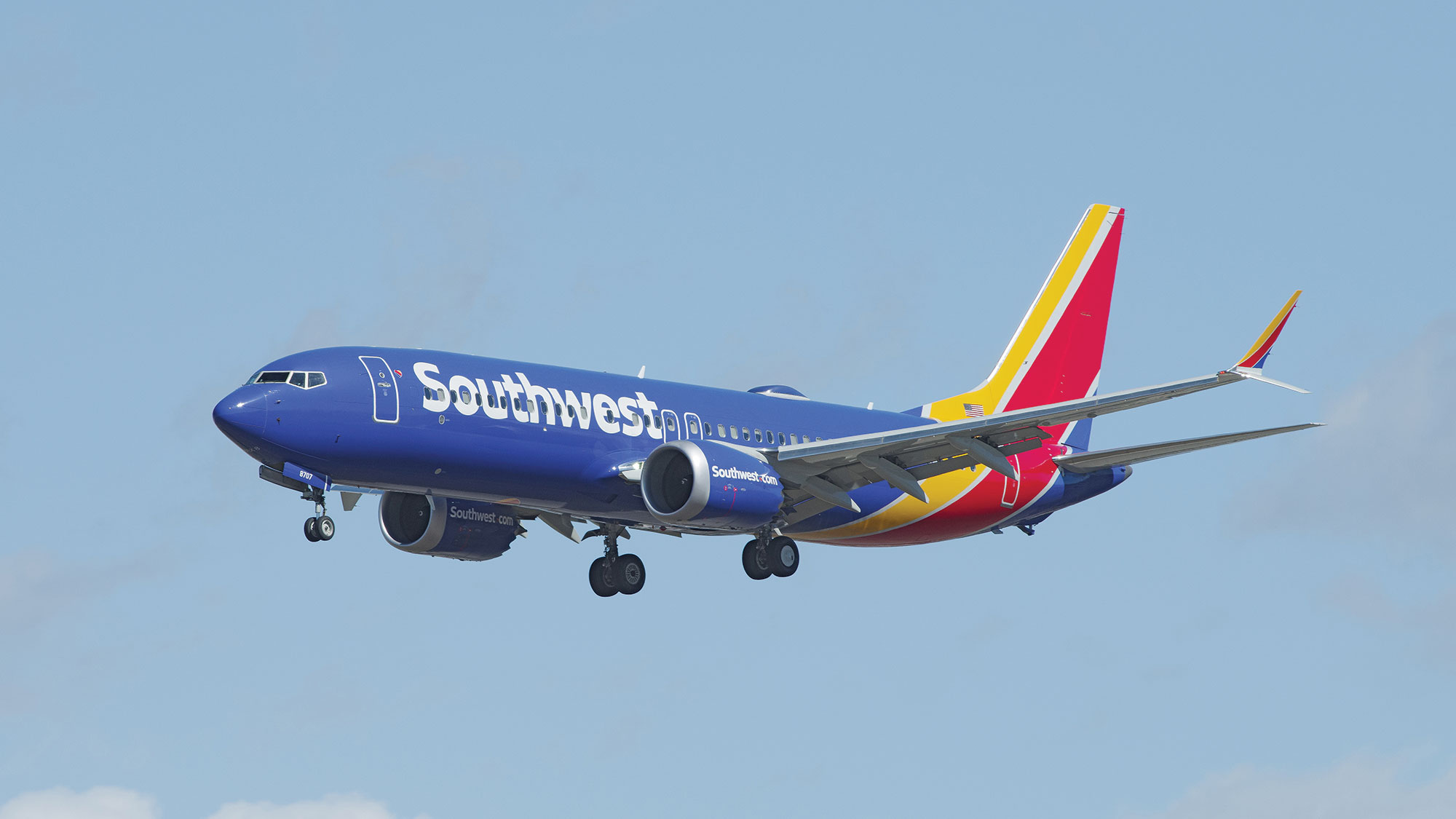