Alaska Airlines has reworked its flight schedule during the Covid-19 pandemic, adding new leisure-oriented destinations and routes, while cutting its operations in business-based markets.

Now, with U.S. domestic leisure travel having fully mended, and business travel beginning to come back, the carrier will focus future growth on adding frequencies to existing service, said Brett Catlin, the carrier’s vice president of network and alliances.

This month, Alaska will offer 16% fewer flights and 18% fewer seats than it did in July 2019, Cirium flight-schedule data shows. But at the same time, said Catlin, the carrier is flying 56 routes this summer that it did not fly during the summer of 2019. And the total route count is up by approximately 30 from two years ago. Alaska has also added service to six new destinations since the pandemic began, including Cincinnati; Fort Myers and Jacksonville, Fla.; Idaho Falls, Idaho; Cold Bay, Alaska; and Cancun. The carrier will also add Belize City in November, with flights from Los Angeles and Seattle.

Meanwhile, the carrier hasn’t pulled out of any markets, although it has suspended service to four Canadian cities, including Edmonton and Calgary, until travel between the U.S. and Canada reopens. 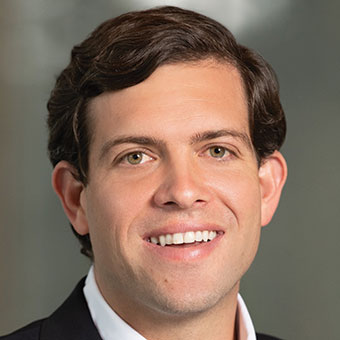 Catlin explained that Alaska decided early in the pandemic that it could find incremental revenue by filling in dots on its route map — especially by expanding into markets that were already in its medium-term plans.

“The way we saw it was every new route that we added was new revenue coming into the business, and throughout the pandemic, with demand being anemic, those dollars mattered,” he said. “And so there was a strong strategic rationale to go broad, just to bring in new revenue that maybe we weren’t even participating in pre-pandemic.”

It’s a strategy that hasn’t been unique to the Seattle-based carrier. Southwest, for example, has added 18 new destinations since the onset of the pandemic. And United took the unusual step last winter of flying to Florida from several non-hub Midwest cities.

For Alaska, entry to these many new markets has mostly come cautiously. For example, the carrier will begin flying to Tampa from Portland, Ore., this winter, but only four times per week. Alaska likely would have launched that route a few years later under its pre-pandemic route plan, Catlin said.

While Alaska hasn’t abandoned any stations during the pandemic, it has stopped flying specific city pairs. Notably, the carrier has cut back its transcontinental business-oriented flying out of LAX, including suspending service from Los Angeles to Boston and Chicago and reducing service from LAX to the New York metroplex by close to 90%.

Catlin said Alaska believes it is better positioned to compete for leisure traffic, rather than business travelers, out of Los Angeles.

“We’d rather focus our efforts on the Bay Area, on the Pacific Northwest, as it relates to those deep business markets,” he said.

But while the carrier has cut its business flying overall, that hasn’t been the case in all markets. The connectivity Alaska can now offer due to its newly enhanced partnership with American Airlines and its entry this year into the Oneworld Alliance, for example, positioned the carrier to begin flying this summer from Seattle to Cincinnati, an important business route for Amazon and also for connecting Boeing workers with GE Aviation’s base in the Ohio city.

Catlin said that Alaska expects to restore its presence in markets like New York and Boston as business demand returns. The carrier, he said, expects to reach its pre-pandemic capacity by next summer, or possibly even next spring.