United Airlines has ordered 270 narrowbody aircraft for delivery by 2026.

The order, the largest in United’s history, will combine with previous orders to enable the carrier to grow by approximately 200 aircraft over the next five years while expanding available seats across its U.S. network by 30%.

United also said it will grow its total inventory of domestic first-class and Economy Plus seats by approximately 75% compared to its 2019 level as it replaces 200 single-cabin, 50-seat regional jets with mainline narrowbodies.

Specifically, Tuesday’s order includes 150 Boeing 737 Max-10s, 50 of the smaller 737 Max-8s and 70 Airbus A321neos. United said the aircraft will be delivered with a new “signature interior,” including seatback entertainment at every seat and enough overhead bin space to accommodate one bag for every passenger. United plans to retrofit all of its older narrowbodies with the new interiors by 2025.

“It’s a lot more than a fleet plan that we are discussing,” he said. “We are really revamping our product and we are really going to differentiate ourselves, I think, from every airline out there.”

New aircraft, including ones previously on order, are scheduled to come fast. United expects to take delivery of 40 planes next year, followed by 138 in 2023. 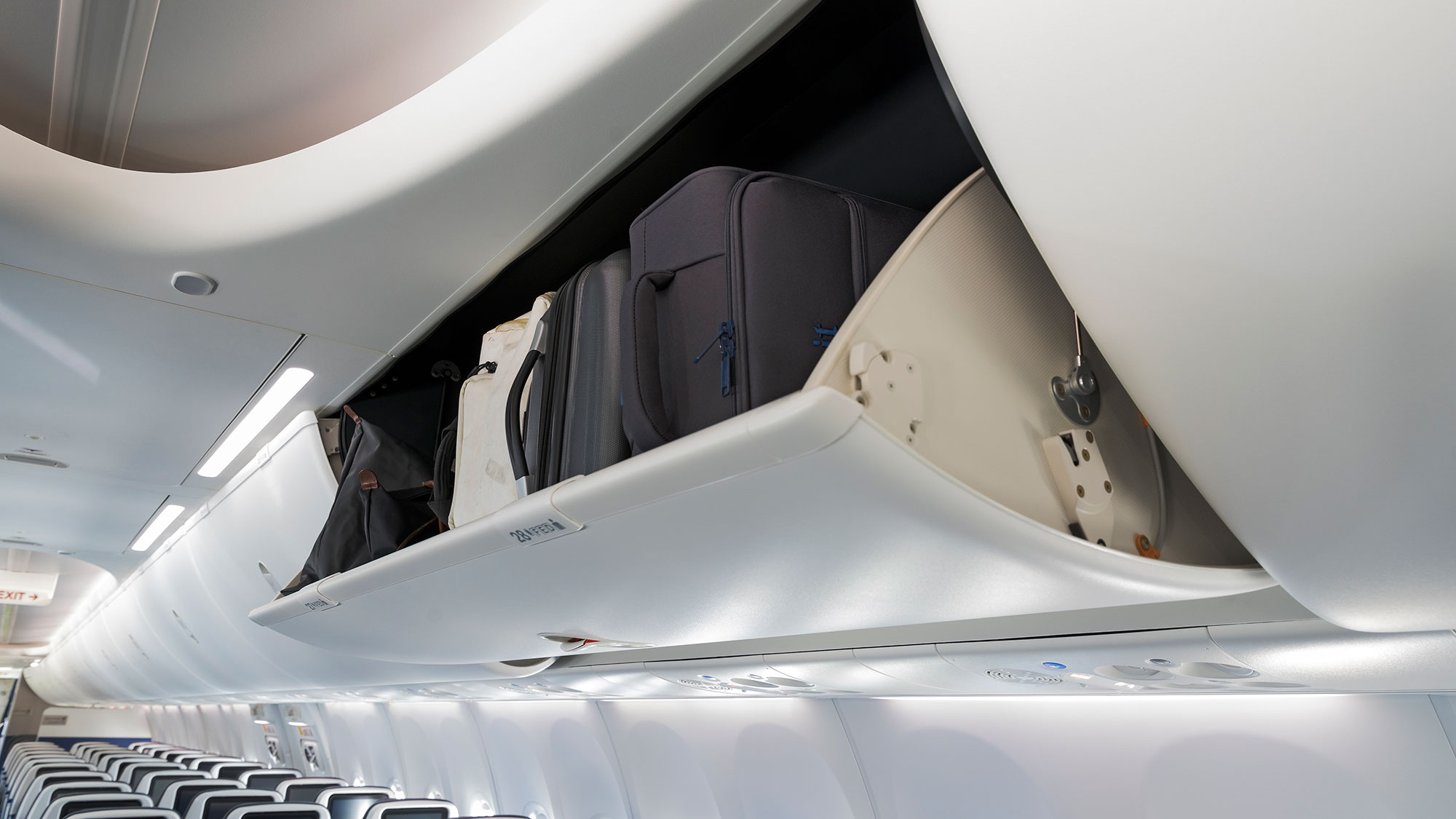 Nocella said the 737 Max 10s and Airbus A321s will increase available capacity out of runway-constrained hubs in Newark and San Francisco.

United especially aims to grow its mid-continent hubs of Chicago, Denver and Houston Bush. The carrier expects to grow up to 6% annually in those hubs in the coming years, resuming a plan to bolster its connecting schedule.

The move toward bigger airplanes will likely come at a cost to small markets in the United network. Currently, approximately one-third of United’s domestic operations are flown with 50-seat planes, said Nocella. That number will be reduced to approximately 10%.

About two-thirds of single-class, 50-seat planes will be retired — a total of about 200 planes.

Larger planes also offer more passenger comfort. Nocella said the addition of many more Economy Plus and first-class seats will give United a leg up in the business travel market.

The carrier would also consider making Economy Plus its own seating class in the future, instead of the economy-class upgrade it is now.