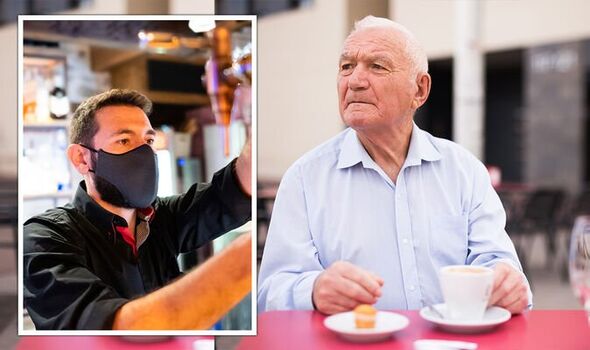 Maddie moved to Spain during the pandemic after being based in Dubai for two years. Now, the expat unveils some of the worst parts of her life in the Mediterranean country.

Maddie shared how expats are perceived in Spain: “Spaniards are very bemused by Brexit – but as I am we can easily bond over that.

“Generally Brits are liked but we are a discussion point.

“No one can quite understand in Europe how Brexit actually happened. I do get asked if we ‘hate’ other cultures.

“Also why we as a nation haven’t yet got rid of the partying clowns (‘work meeting’) in Downing Street (but I’m with them totally on that!),” she explained.

The expat shared some of the negatives of living in Spain, with the worst thing being the “bureaucracy”.

The British expat also slammed the service in the Mediterranean country as she “was used to fantastic customer service in Dubai.”

She said: “They generally knew nothing but always had a smile!

“So UK and general grumpiness is a shock.

“I wouldn’t say anyone is racist but there can be, at times, one price for Spaniards and another for everyone else,” she said.

Maddie shared her best tips for those moving to Spain soon: “Give yourself time, make sure you are always connected to friends and family (video calls have been my greatest go to things at times).

How well do you know France?

With the country having eased its restrictions for Brits, put your knowledge of France to the test with our quiz. Bonne chance!

How many countries does mainland France share a border with?

What is France’s northernmost point called?

How many overseas departments does France have?

On average, how many tourists visit France every year roughly?

When was the French Revolution?

C’est tragique! Your knowledge of France could do with some brushing up.

You know a thing or two about France, but you’re not quite an expert

Sacre bleu! You know everything there is to know.

“Have cash behind you – it costs when you first arrive. You need deposits etc for things. “

However, the expert warned: “Do not buy anything i.e. house or car, until you are sure that all is right for you.”

She added: “Don’t be hard on yourself but conversely leave if you know it’s not for you”.

Maddie advised expats to avoid certain areas in Spain as they may not be what they expected: “Be aware that most of Spain is not like it is shown on the ‘A new life in…’ programmes!

“It’s definitely not Benidorm! Or the Costas! It can be very cold!

“I’ve actually met a few from ‘A new life in…’ and I can tell you that away from the cameras there is a real struggle – often financial as well as other things. “

The expat added “the health system is not easy to navigate”.

“I have private medical but even with this, language can still be a barrier.”